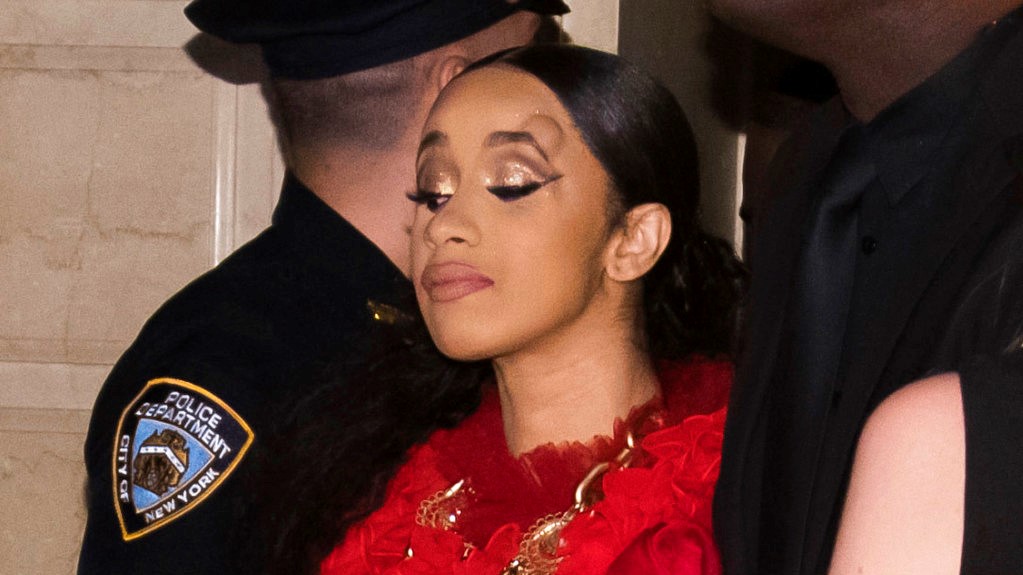 Cardi B, with a bump on her forehead, leaves after an altercation at the Harper's BAZAAR "ICONS by Carine Roitfeld" party at The Plaza on Friday, Sept. 7, 2018, New York. (Photo by Charles Sykes/Invision/AP)

Nicki Minaj and Cardi B were involved in an altercation Friday night that got physical at a New York Fashion Week party and left Cardi B with a mark on her head.

A person who witnessed the incident who asked for anonymity because they were not authorized to speak publicly said Minaj was finishing up a conversation with someone when Cardi B tried to attack her, but Minaj's security guards intervened.

Video circulating on social media shows Cardi B lunging toward someone and being held back at Harper's Bazaar Icons party Friday night. Cardi B reportedly threw one of her shoes at Minaj. Another video shows the platinum rapper being escorted out of the event by security.

Cardi B, wearing a voluminous red Dolce & Gabanna gown, was seen leaving the party with what appeared to be a bump on her head. She was barefoot.

She and Minaj have been rap rivals since Cardi B began achieving huge success over the last year.

In a post on Instagram Cardi B didn't call out Minaj by name but alluded to the fight and said she was sparked because her mothering skills were being disparaged. She and rapper Offset recently had their first child together, a girl. 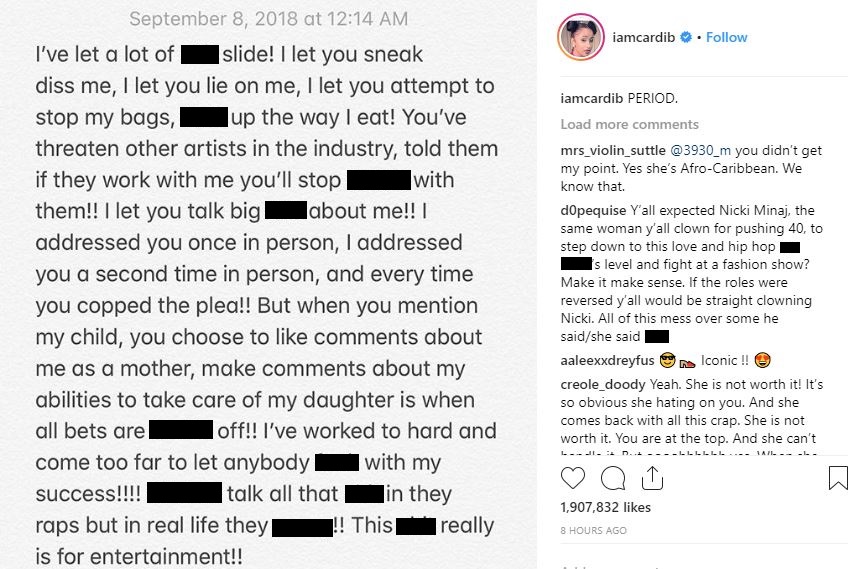 Minaj has not yet commented on the incident.

Cardi B cancels tour with Bruno Mars to focus on baby