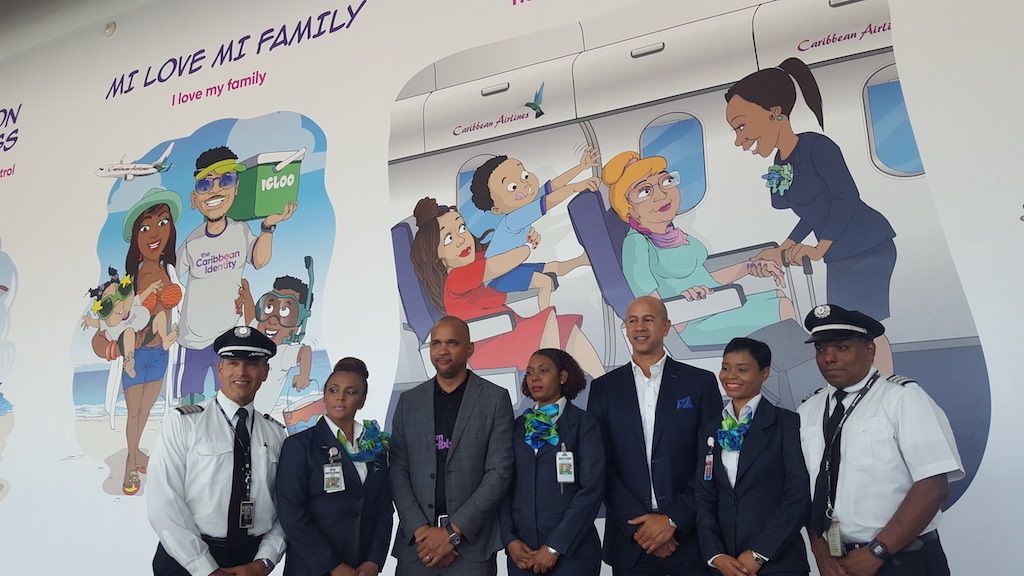 The Caribbean Airlines team including CEO Galvin Madera (third left) and board member Zachary Harding (third right) at the launch of the mural at the Norman Manley International Airport in KIngston. (PHOTOS: Marlon Reid)

Caribbean Airlines Limited (CAL) officially unveiled its 'For all the reasons you fly' mural at the Norman  Manley International Airport (NMIA) in Kingston on Monday.

The mural at the airport in Jamaica, which was made by Jamaican artist George Hay, captures the culture, people and places of Jamaica in 14 panels that are displayed along the wall of the corridor that arriving passengers walk through after entering the airport.

According to Caribbean Airlines' CEO, Galvin Madera, the mural is in keeping with CAL's push to enhance the Caribbean identity. 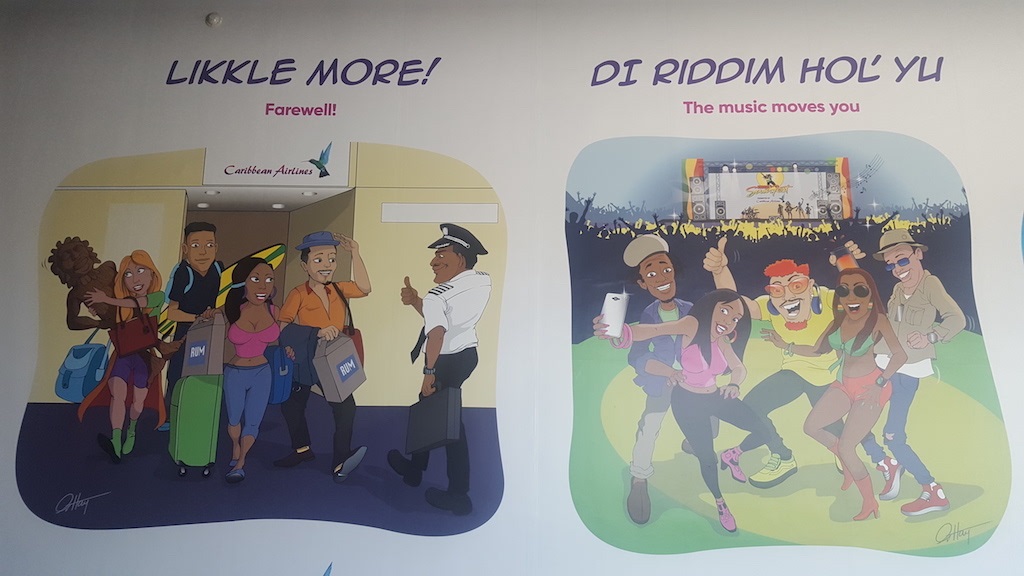 "We sought to capture the Jamaican experience from three perspectives: the perspective of those who live here; of visitors and for the many Jamaicans who live abroad and for whom Jamaica will always be home," Madera said.

"Each of these goes to the core of the Jamaican identity, which is also recognised as an indelible part of the Caribbean identity... it is our wish that it will give something that either ignites a cherished memory or a national passion," he added.

Hay, a graduate of the Edna Manley College of the Visual and Performing Arts, said for him, the artwork was more a representative of the lifestyle of Caribbean people and not just Jamaicans. He said each panel depicts a different story and something for everyone to relate to. 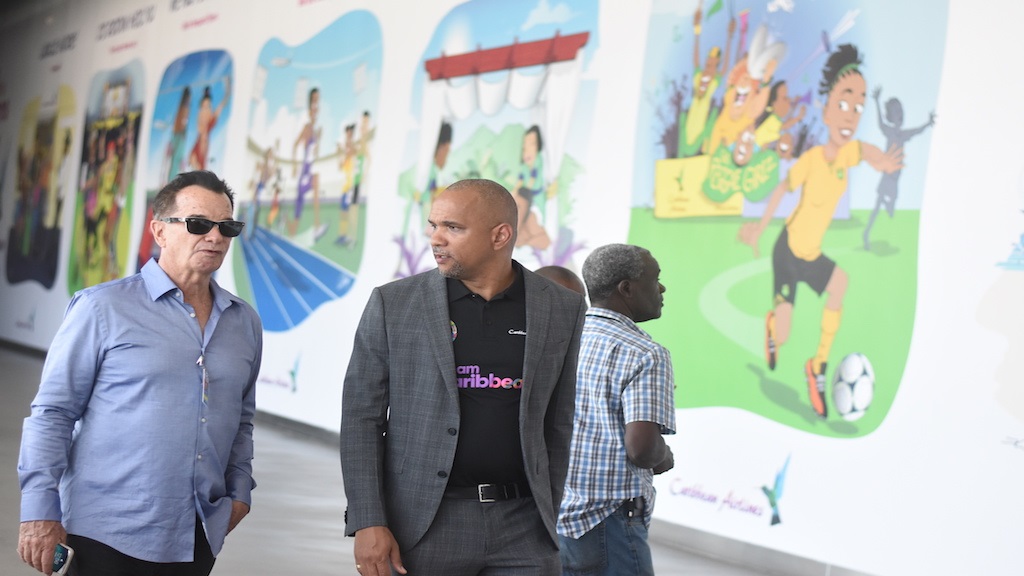 "It was really like a feather in my cap. I have done work for airlines before because I used to do work for Air Jamaica, cartoons and so on. I have done illustrations for companies, but this is by far is one of the most visible pieces of work that I have done," Hay said.

"Pretty much thousands of people will pass and see this. So I am really proud of it," he added.

The CEO of NMIA, Audley Deidrick said the airport operator was pleased to share the "elaborate" artwork.

Seaga should be made a national hero, says McKenzie