CARIFESTA XIII songwriter blended song and lyrics to 'Make us one' 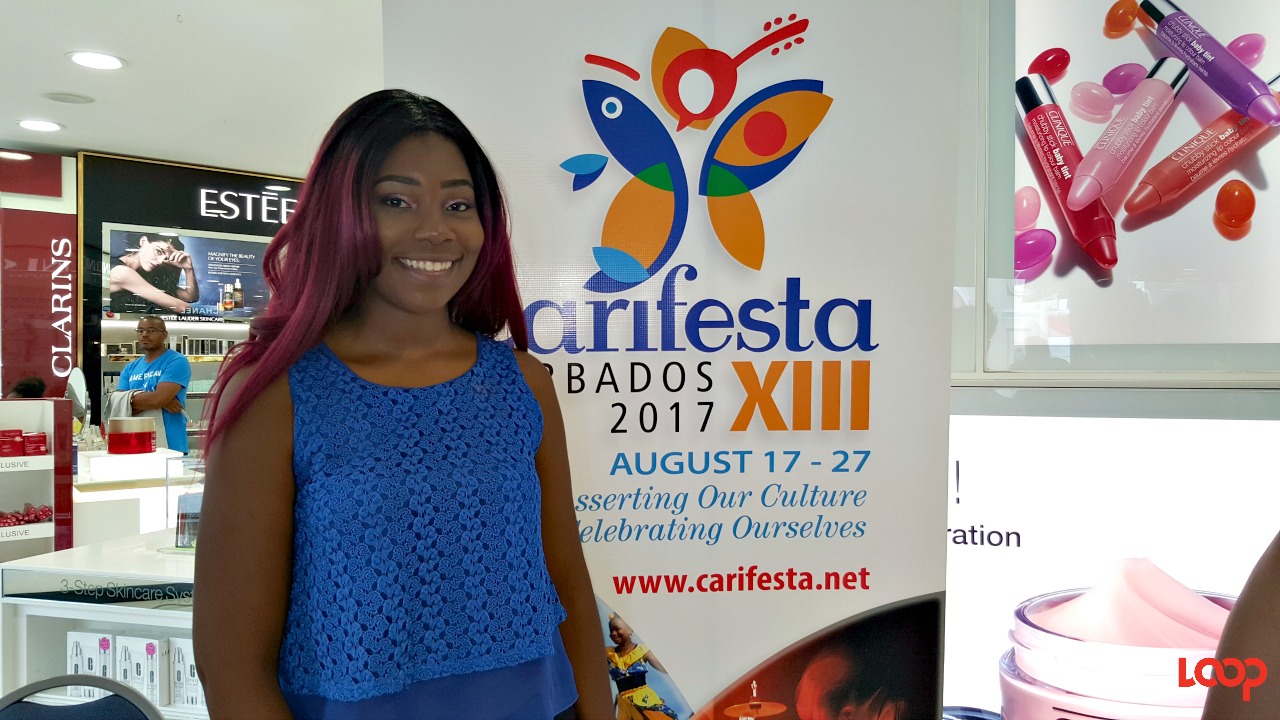 The people of the Caribbean are being encouraged to ‘join our hands, make us one in this CARICOM’.

Writer and composer of the CARIFESTA XIII song, Ashley Tang is calling for “All of we in the Caribbean” to see that “if we come together, support one another our countries will grow – a force to be reckoned with, we’re strengthened.”

Telling a story of our islands through her lyrics, Ashley brings the Caribbean from slavery and historical times into the now and she hopes that our unity will increase in the future as well.

“The lyrics...it’s a story. The first verse deals with slavery and the history. Then the second verse goes into where we are now, what we have accomplished as individual nations, but also together… The whole idea of being together was crucial.”

But Ashley did not put pen to paper with CARIFESTA XIII in mind, that’s why her message is so strong, it’s genuine too.  “The first time I wrote the song was for NIFCA 2014 and that’s where they would have heard the song and then eventually chose it for CARIFESTA XIII.

“I had originally written it to be entered in the competition for the CARICOM theme song at the time but I didn’t finish it in time because I had only heard about the competition really late so well I guess it has come back up now and it suits the occasion.”

But the lyrics are not the only ingredient in her masterpiece that meant a lot to her, a musician at heart, she put a lot into the melody and composition also.

With a smile, she said, “For me, the song was first in a contemporary form, it was more along the lines of a ‘We are the World’ kind of feel, but I decided to add Shango because that is African, that is Caribbean and I really thought that it needed to have a Caribbean vibe. I also included all young musicians for recording the song and that was really important to me as well, to have youth involved in doing the song.

“I included saxophone which wasn’t originally part of the plan, but I feel like that is becoming a pretty essential part of the music. It has always been a part of the music, like for example, you don’t have a Pic-o-De Crop song without some horns or something so I really thought that was an important element to add. Unfortunately, I didn’t get to add a little steel pan but maybe next time when I get a chance, I can add more Caribbean elements.”

And she got to do just that on Sunday at the Opening Ceremony for CARIFESTA XIII on her home soil when she and her singers and the backing band were joined by a pannist on stage at the Kensington Oval in Barbados.

Ashley has been writing for a number of years but she confessed that she kept her work to herself, “for me it was always a matter of the right time and then I heard the song was chosen and it just happened that it was really appropriate for the occasion so I was extremely excited to have it used at such a large event and for something that is across the CARICOM nations, that was pretty incredible!”

Prior to the opening, the CARIFESTA XIII song has been getting good airplay on the island’s radio stations and Ashley introduced the public to herself and promoted the track at Cave Shepherd Broad Street last week when she did a live performance.

Who's ready for @carifesta? - Singer and composer of the Carifesta jingle, Ashley Tang. Meet and greet the #CarifestaXIII ambassadors on the ground floor @mycaveshepherd today! #intheLoop

With many stares and many matching the face to the sound and song, Ashley agreed that it’s one thing to hear it live versus recorded.

When asked how she felt hearing the final recording, she beamed, “The finished product was exciting. To go from just hearing it live – one instrument, couple voices, to hearing the full product, it was amazing and it was a great experience because I was there in the studio. I got to be there with the musicians that I had selected to be with me and that whole experience was a great one, and then to hear it all together was great as well.”

A graduate of the Barbados Community College Music Programme under Roger Gittens “who is an amazing tutor”, the guitarist said that not a lot of people appreciate where the local Associate Degree is at and how it helps students.

She said, “the depth of knowledge that we get from tutors and we network with a lot of musicians through the progarmme and that helps you get into the industry after school.” However, she stressed that it takes a certain type of student “one that is dedicated and one that actually uses the opportunities that you get through the school. So that prgramme has gotten me where I am today.”

Working as a musician full-time and arranging music, last year she did an advertisement for ScotiaBank so she is getting out there in terms of composing, and right now she is actually working on creating an event on her own, combining the youth,  food and music from across the region.