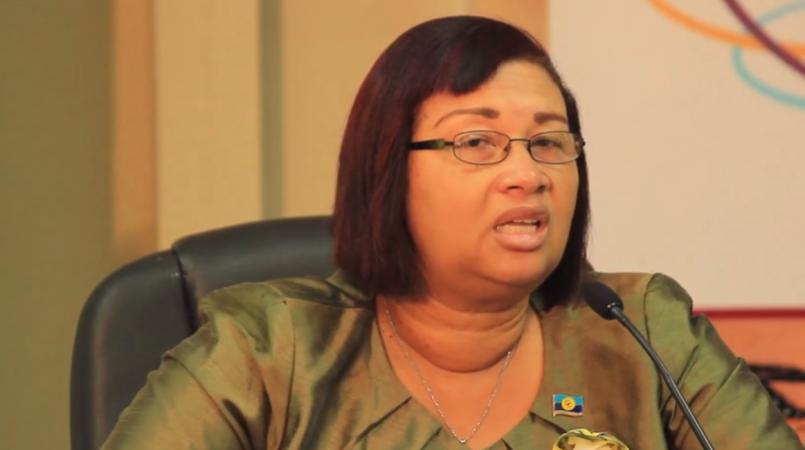 The Caribbean Public Health Agency (CARPHA) is working on a treatment protocol to safeguard against the coronavirus (COVID-19) entering the region.

Executive director of CARPHA, Joy St John disclosed that a group of technical experts has been gathered to establish a Caribbean version of the generic protocol formed by the World Health Organisation (WHO).

Speaking to the media at the sidelines of the 31st Intersessional Meeting of Heads of Government of the Caribbean Community (CARICOM), St John stated that there have been no reported cases of COVID-19 in the region but CARPHA and the Pan American Health Organisation (PAHO) will be providing support for testing in eight CARICOM member states.

The CARICOM countries have instituted border control measures to arrest the situation.

“The measures are really quite coordinated between health, immigration, and customs. The greatest issue with the points of entry where there are manned points and therefore what CARPHA  has been doing is ensuring that we keep an eye on the levels of influenza-like illness so if we see a rise in countries especially around the borders, it will raise an index of suspicion because we do not have enough personnel and equipment to man the many thermometers around the borders that we have especially those in the landlocked areas,” St John said.

The CARPHA executive director also revealed that the regional health agency has collaborated with region tourism affiliates such as the Caribbean Hotel and Tourism Association (CHTA) and Caribbean Tourism Organisation (CTO) as well as CARICOM security partners to ensure that the region’s borders remain safe.

Noting that cruise ships have been turned away at some seaports in the Caribbean, St John explained that specific procedures needed to be followed when dealing with suspected cases.

“Cruise ships are supposed to report on the illness of both in crew and passengers and there are specific guidelines in terms of thresholds of illness. We supply the member states with the information if they don’t have it themselves …and then the member states make their decisions based on that. CARPHA would not have given any information that was erroneous."

“The countries that are making the decisions about turning back would have known that thresholds would have been reached and surpassed. Sometimes the levels of surpassing the thresholds surprise even me, especially in very recent times, we've had some problems, “said the CARPHA executive director.

Due to the spread of vicious rumors about the coronavirus in the Caribbean, St John indicated that the CARICOM ministers of health have mandated that a COVID-19 communication plan be created.

"We have been working with all of the member states to try to combat this fake news and this rumour-mongering," she added.

No coronavirus in St Vincent and the Grenadines