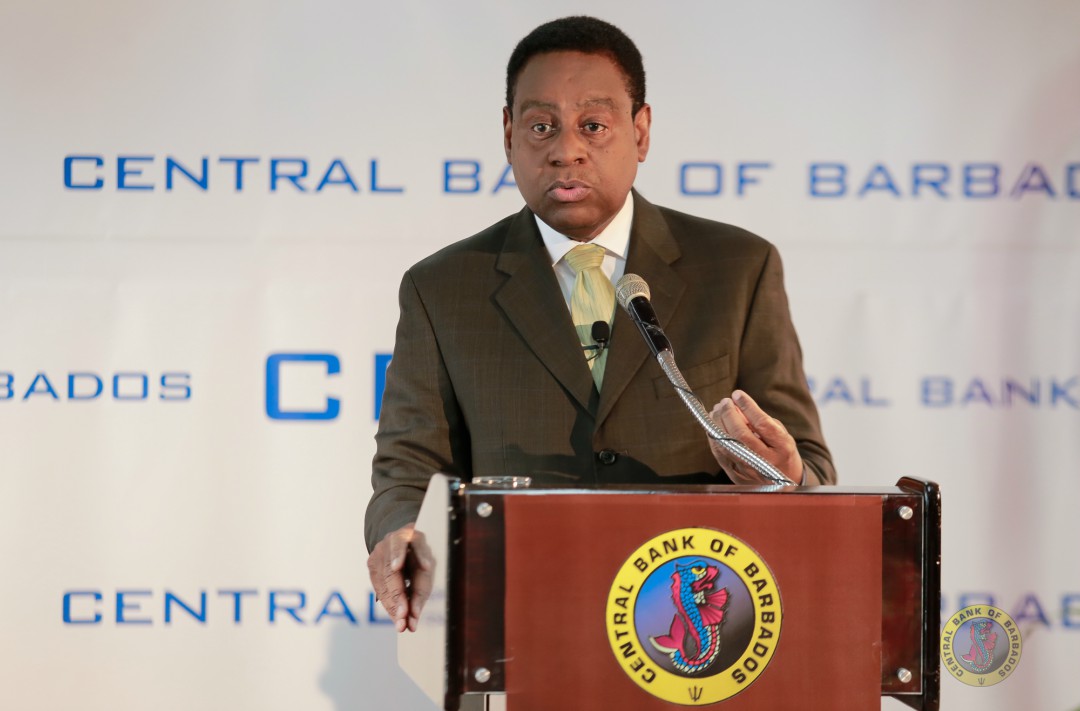 Governor of the CBB, Cleviston Haynes.

The conversation of government seeking out the assistance of the International Monetary Fund (IMF) has surfaced yet again with the Governor of the Central Bank of Barbados (CBB), Cleviston Haynes, saying the option is one which could benefit the country.

Speaking to the media on the economic review of the 2018 first quarter performance, Haynes said IMF assistance remains an option government can consider, if they so desire.

Haynes noted with the 2018 General Elections right around the corner, which ever party takes up the reins need to develop, with haste, a plan to close the gap of the fiscal deficit as well as bring the foreign reserve situation "back to comfortable levels". He reiterated the option rests with the successful party in the next General Election to negotiate a program with the IMF.

"We are right now we on the cusp of an election and we would envisage that whoever is in charge of government would make a decision on what they want to do. I would imagine, the policy frameworks which the respective parties come during the election cycle, and if they are successful, after the election they will seek to address the issues of the fiscal [deficit] and restoring our reserves."

Haynes also cautioned the next government to be mindful of they were promising Barbadians as the economy is currently under strain so any drastic change in domestic policy must be well thought out. He added, promises of a reduction in taxes and more government handouts can only be done if government spend decreases in other areas.

"If we remove certain taxes or increase certain expenditures then there must be some adjustment elsewhere."

IMF hikes outlook for global growth for 2017 to 3.7 percent