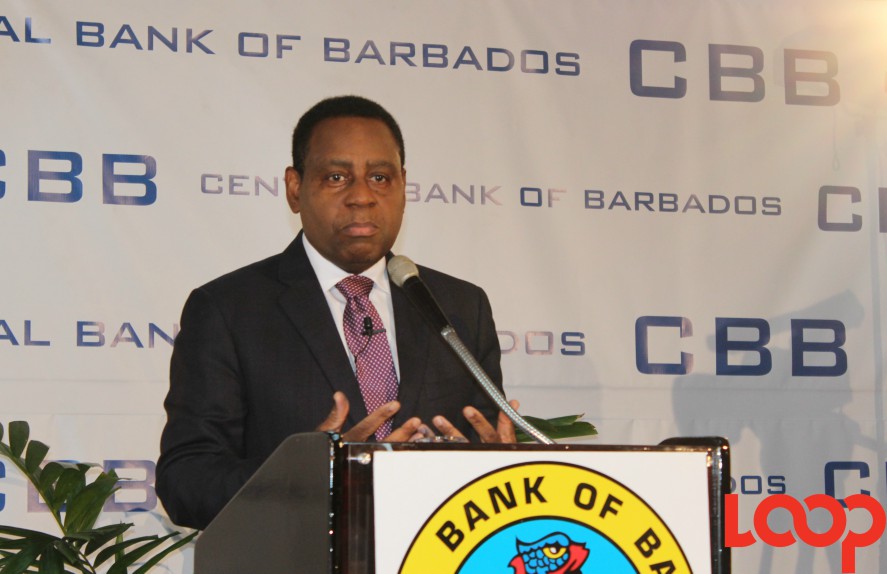 The period of adjustment the country is currently undergoing is tough and will get tougher. But over the next two years, the economy is expected to improve significantly and provide a much needed ease for Barbadians.

This from Governor of the Central Bank of Barbados (CBB), Cleviston Haynes as he delivered the third quarter economic review today.

Haynes said while economic activity contracted by 0.5 percent, by 2019 economic growth is forecasted to be in the range of 0.5 to one percent.

Since coming into office, government has rolled out the Barbados Economic Recovery and Transformation (BERT) programme; a tough programme which included public sector layoffs, restructuring of foreign and domestic debt as well as a number of new tax measures.

Haynes told the media while the adjustment will cause Barbadians some pain, economic benefits are on the horizon.

Once we can get pass these first 18 to 24 months then the benefits of the [BERT] programme become clearer.”

On the positive side, Haynes said the level of international reserves has improved over the last quarter to $570 million, equivalent to 7.4 week of import cover. This was due mostly to the initial injection of funds from the International Monetary Fund (IMF).

In addition, government was able to run a primary surplus of $235 million and the overall deficit declined to $34 million.

He explained government's enhanced revenue performance was due to the some of the new taxes introduced in the mid-year budget. The new Fuel Tax provided roughly $8 million since its implementation and the other tax measures garnered $24 million, while the foreign exchange fee brought in $18 million.

Tourism receipts were $936 million, a slight improvement over the same period last year and was due mostly to an increase in long stay visitors from the US and Canadian markets.