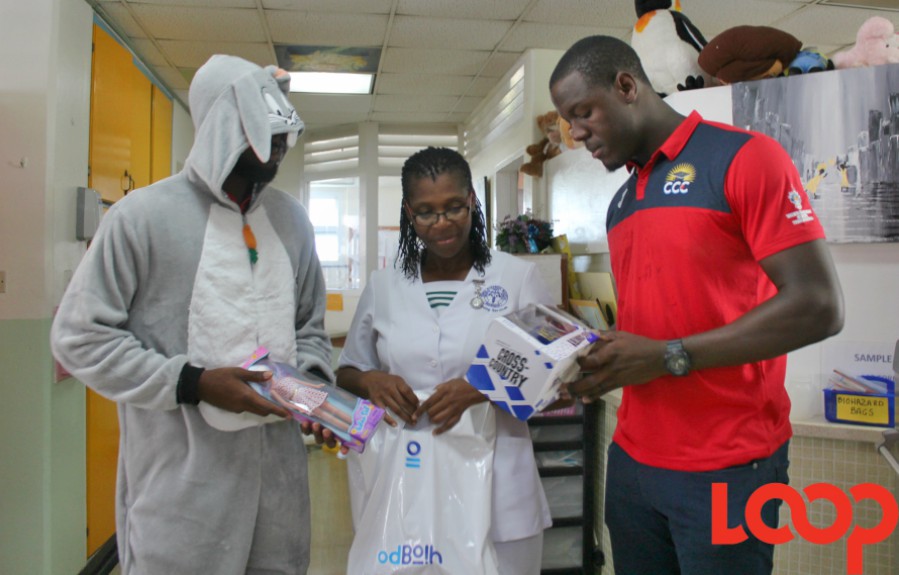 It was an early Christmas for the young patients at the Queen Elizabeth Hospital (QEH) when the Combined Campuses and Colleges (CC&C) Marooners made a much-welcomed donation today.

The gloomy faces of the children on Ward C7 and C8 lit up when the team, led by captain Carlos Brathwaite and Manager, Shane Lewis showered them with dolls, trucks and cars as well ice-cream and other treats.

Lewis explained the funds for the donations was raised by fines team members incurred from various infractions.

“Normally persons would take it [fines] to buy alcohol or buy pizza but we decided to go a different route... to give a charitable donation.”

The team shared words of encouragement with the parents and sick children warded at the hospital.

“Sometimes you just need a pick-me-up and the team is doing really well too so we really felt the need to give back to society.” 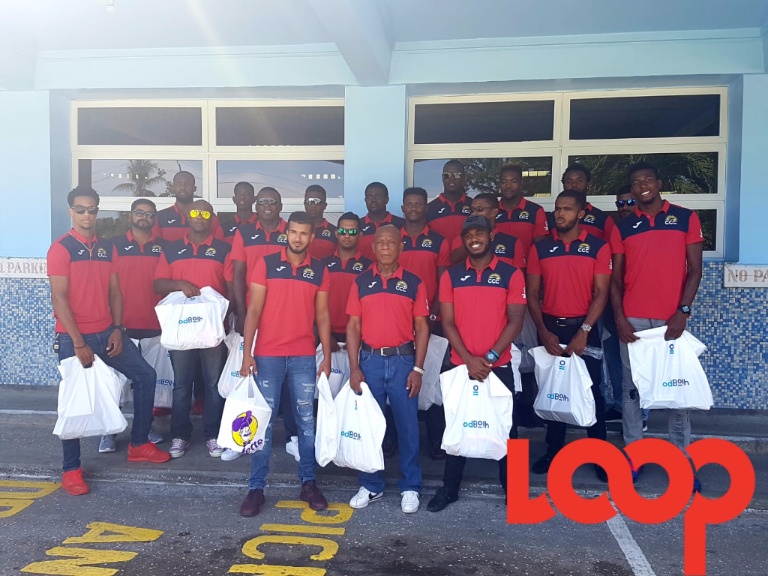 The CCC Marooners are scheduled to meet Trinidad and Tobago Red Force in the semifinal round of the Regional Super50 tournament.

Lewis said although the Red Force has a good team on paper, the Marooners have a few surprises up their sleeves for tomorrow's match.

“We actually started the tournament with a loss but we rebounded well. We went through the other six matches with five victories and one no-result and we topped the zone.

The chemistry that we have within this team, we are very motivated going into the match tomorrow. Even though persons don’t expect us to come out on top, we are in prime position to go all the way. Not only to get to the final but to win the tournament overall.”

The semi-final match takes place at the Kensington Oval on Friday, October 26 at 2 pm.