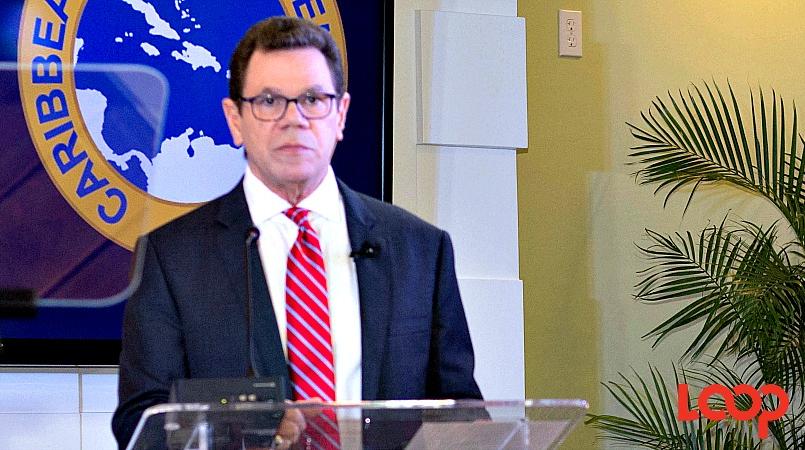 President of The Caribbean Development Bank (CDB), Dr. Warren Smith, is calling for a dual strategy of resilience-building and transformation to accelerate growth in the region.

Dr. Smith said  in Anguilla and the British Virgin Islands, the devastating 2017 hurricane season stymied economic growth as visitor arrivals declined sharply  by 40% and 50% respectively, due to extensive damage to hotel stock. In Barbados a fall off in construction activity as well as the impact of the fiscal consolidation led to economic contraction, despite a modest increase in tourist arrivals.

The Bank he said is continuing its work and partnerships to build climate resilience, noting that they have an agreement with The United Kingdom Department for International Development. In addition they signed an agreement, adding GBP 30 million to the United Kingdom Caribbean Infrastructure Partnership Fund (UKCIF) to establish a reconstruction window for Barbuda and Dominica.

The CDB President, speaking at the Bank’s Annual News Conference held in Barbados, said the Agreement is "catalysing our efforts to mobilise much-needed low-cost funding to build climate resilience in our Borrowing Member Countries (BMCs)".

The CDB, he noted, will also administer the Dominica Disaster Recover and Resilience Fund, established and funded by the Government of Canada, which will enhance post-disaster response, build more climate resilient schools and empower communities across the country.

Addressing local and regional media at the conference, he disclosed that in 2018, the bank supported countries in building climate and economic resilience, directing resources towards countries seeking to build back better.

They provided financing to the Virgin Islands (US$50 million) and Anguilla (US$14.9 million), and also signed an agreement with the Green Climate Fund (GCF), opening the door for more climate finance projects in the region.

“These new resources will also cover the Government’s premiums for parametric risk insurance for 2018 and 2019 under CCRIF SPC, formerly known as the Caribbean Catastrophe Risk Insurance Facility,” he said.

CDB increases disbursements by 20 percent in 2018