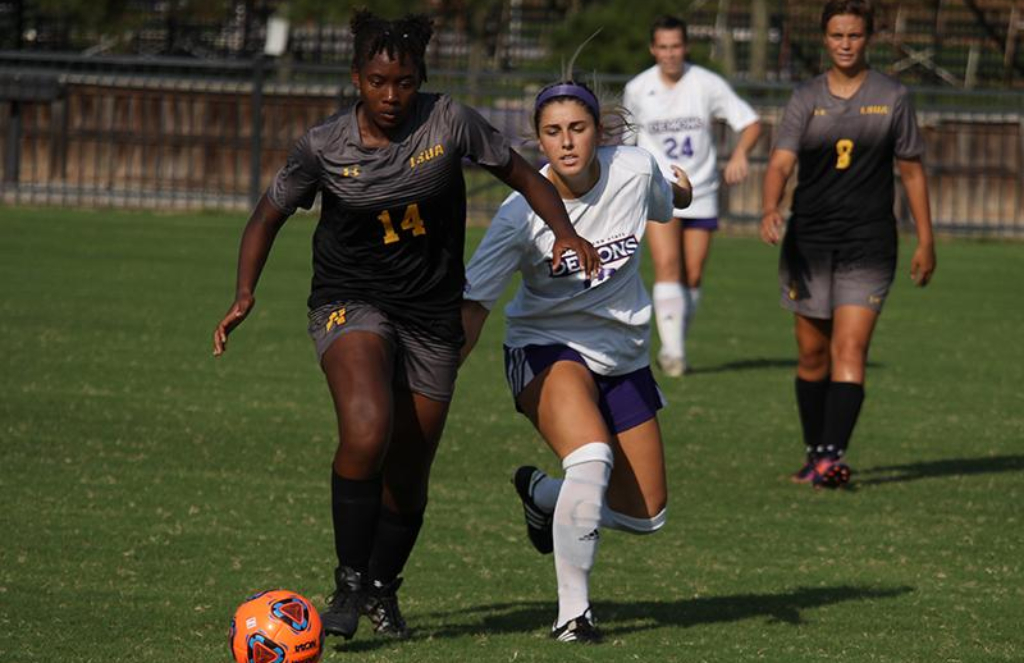 Adri on the field. 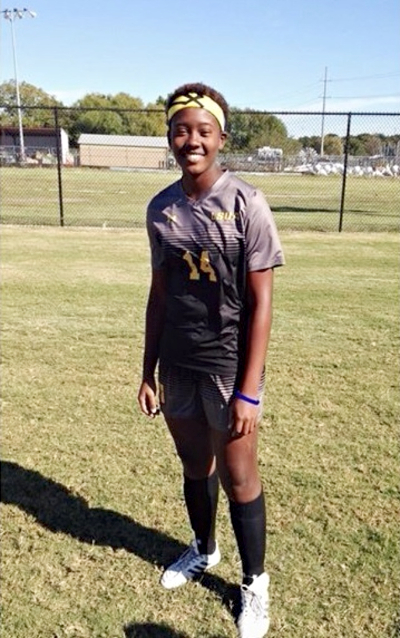 These are words that have been attached consistently to the development of our nation for the last 53 years as we surmounted every challenge and triumphed beyond adversity to emerge amongst some of the world’s finest in a number of areas.

These attributes coincidentally describe Adrienne Forde, a young, vibrant and focused Barbadian female footballer, who has utilized her talent to improve herself but more importantly make Barbados proud.

Forde said her mission is to help others. This is a responsibility she takes very seriously, hence why she is studying Kinesiology with a minor in Psychology at Louisiana State University of Alexandria. She is interested in the rehabilitation of injured athletes.

Now, in her senior year, the 21-year-old Forde has been one of Barbados’ most outstanding female players over the last four years, primarily due to her versatility and competitive spirit after her time spent in the collegiate circuit.

“I have played several positions for the team. I played as a striker in my first year, but in my last two years, I played as a center back and even dropping in as a central defensive midfielder.

“The major difference between Barbados and America on the field is the level of competitiveness football players are expected to possess. Persons must be quicker with decision-making, very physically fit and have a greater understanding of the game”, said Forde.

Forde said there have been some challenges, particularly the change in weather conditions but most notably time management.

She said establishing and sustaining a good balance between training every day and still maintaining a good GPA can be quite difficult.

However, Forde’s good times outweighed any challenges which initially greeted her and she was excited and quick to mention her teammates’ contributions during her time in Louisiana.

“The thing that I have enjoyed most about my time here is the family and friendships which I have developed. When I first arrived in Louisiana, I had no family here, but I can say that now as a senior, many of my teammates are now family. We have spent so much time training together, laughing together and even crying together”.

The former “Kolij” student has been impressive on and off the pitch, winning the NAIA RRAC Academic Award and Champions of Character Award.

Forde said her success is not solely hers but for Barbados; she said her athletic and academic development serves an example for future footballers, boys and girls, who wish to seize the opportunity to study and/or play abroad.

Forde said her work-ethic and other positive attributes have encouraged other college and university coaches to recruit players from Barbados,  something which she is very excited about.

Into her final year, with one more semester to conquer, Forde seems to have a clear vision of what she wants he future to be like.

“The next thing on my agenda is to graduate from Louisiana and pursue a professional soccer career. I also aspire to get to my masters in sports therapy or physical therapy which allows me to work with athletes to assist and strengthen their return to competition”, she said.

Forde urged the youth of Barbados to take pride in their craft, be prepared to make sacrifices and work hard.

There is no secret when Forde steps on the pitch who she represents as she adorns a wrist band of the Trident and her national colours, just one of the ways this Bajan girl announces her presence.

What does being Bajan mean to Adri?

“Being a Bajan to me is representing our culture. While living in a different country, it is very easy to lose your cultural identity.

I do not hesitate to integrate Bajan practices such as cooking food and informing persons about what Barbados is like. Moreover, I ensure that I give my country, Barbados, a good name through my academic and athletic endeavours.