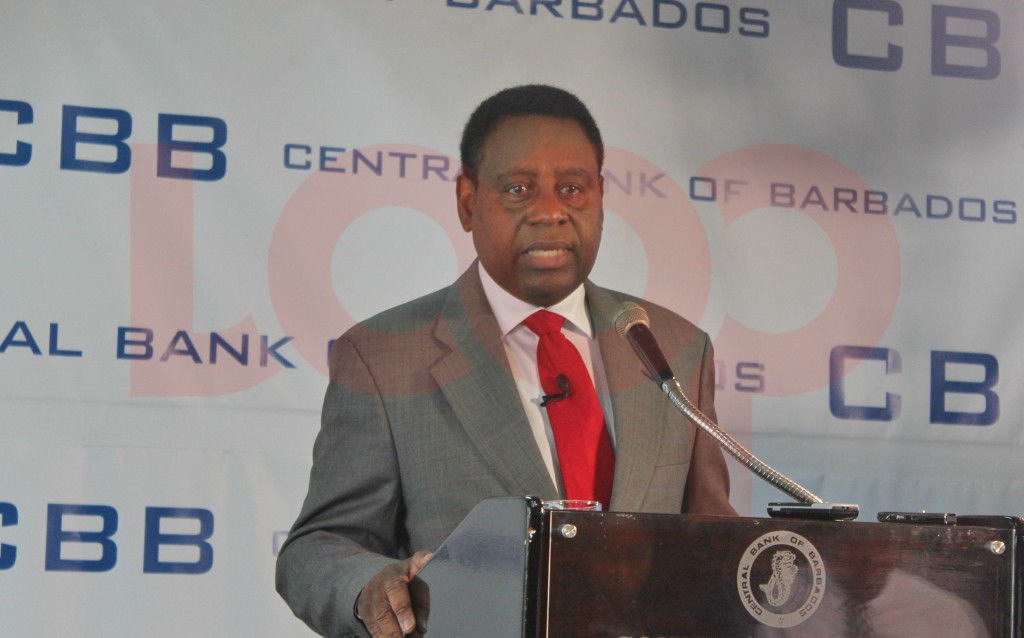 Addressing the Bank’s 2019 Biogas Conference at the Courtney Blackman Grande Salle, he said the Caribbean was especially vulnerable to the environmental degradation that fossil fuels cause, with global warming increasing the region’s susceptibility to the hazards of climate change.

“A recent IMF blog quoted scientists as warning that in the absence of mitigating actions, global temperatures may rise by more than four degrees Celsius above pre-industrial revolution levels by the end of the century.  This phenomenon will lead to inundation of low-lying island states and extreme weather events, the scientists predict.  The attendant beach erosion would bode ill for our main tourism industry.

”Indeed, we in the Caribbean are among the top 25 most vulnerable nations exposed to shifting weather patterns and global climate change. And we have already started to experience the extreme weather conditions about which scientists warn. We only have to flashback to Dominica 2017 and recall how Irma and Maria wrecked our neighbour. Those storms wiped out over 200 per cent of Dominica’s GDP in fewer than two days. That is an astronomical cost to pay and requires sustained coordinated global action to minimise the impact on small island economies like ours,” Haynes said.

The governor also noted that the conference, which focused on Biodigestion: Benefits to Barbados, was not only important, but opportune, and necessary given that the focus of the national energy policy on shifting to the use of renewables and cutting reliance on fossil fuels.

“The government has announced an ambitious goal of 100 per cent reliance on renewables for energy generation by 2030.  It is ambitious because at present only an estimated four per cent to six per cent of our energy needs are being met by renewables. It is ambitious because the transition requires significant investments.  But ambitious it needs to be so that we can promote greater energy security, enhance our long term competitiveness and address the negative spillovers that accompany the use of fossil fuels.

“. . . as we seek to promote greater stakeholder engagement in this process, it is important that we enhance our knowledge about how we can benefit from alternative energy sources such as solar, wind, hydro, and waste.  We must see the shift to renewable energy in the context of leveraging our biological resources while building resilience: building environmental resilience, financial resilience, and economic resilience,” Haynes added.

Mission is to stabilise and transform, says Mottley