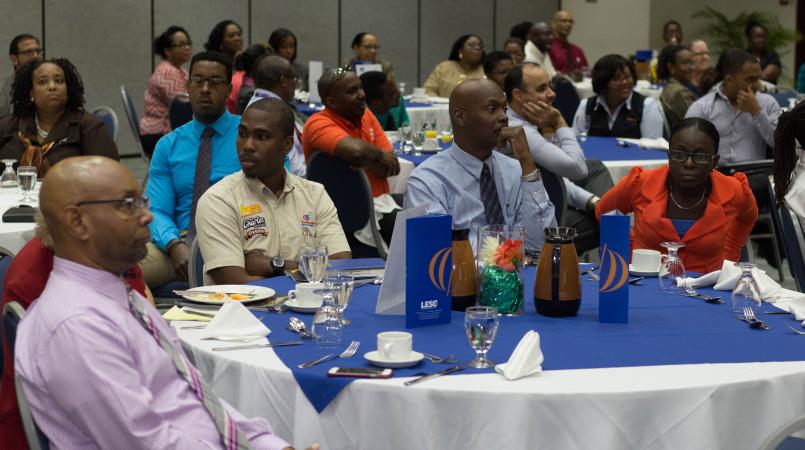 Straughn spoke to Loop News on the sidelines of the Barbados Chamber of Commerce and Industry (BCCI) breakfast forum on Wednesday morning where he noted the CBB was failing in its mandate to maintain the currency peg.

His comments were made against the backdrop of the ongoing court battle between the Governor of the CBB, Dr. Delisle Worrell and the Finance Minister, Chris Sinckler who are alleged to be loggerheads over the fiscal policies of the country.

The two have been locked in a court battle for close to two weeks now, as Worrell tries to retain his position while Sinckler attempts to force him out. The Court of Appeal is expected to deliver a ruling today on whether or not to discharge the injunction which presently prevents the Governor from being sacked.

Straughn said the issues between Sinckler and Worrell, as well as the worrying levels of government debt and the declining foreign reserves, have all created a situation where the credibility of the CBB is "shot".

“For credibility to come back and for investors and business people to start to feel confident about investment then the Central Bank has to be at the centre of the credibility of any management programme. I think at this time the credibility is shot on both sides and that is at the heart of any engagement because you have to be able to deliver results and I don’t think that the Central Bank or the Governor is credible.”

Straughn also said the printing of money has called into question the operating procedures of the CBB.

“You must rely on the Central Bank in any economy to remain credible in the execution of its mandate and the printing of money has created a gap between what they say the mandate is and what they’ve actually been doing from an operational standpoint.”

During his presentation, Straughn detailed the results of a survey conducted by his company, Abelian Consulting Services, amongst the business community which highlighted the business outlook for the first quarter of 2017.

Straughn noted the lack of confidence in the economic policies coming out of the CBB was affecting the overall business climate in Barbados. This uncertainty, he said, was shared by the majority of the business community.

“This is very interesting because obviously if firms start thinking ‘we are not going to be in complete control of our own fate’ then obviously investment decisions and decisions you are going to take internally , these things impact in a very real way the operations of your business.”

Executive Director of the BCCI, Lisa Gayle, in that organisation's February newsletter, said the economy was in a state of uncertainty with the private sector being frustrated by the lack of economic stability. She remarked, “We can all see that the managers of the economy are either not making the best or hard decisions.”

No alternative to printing money at present