Challenges not stopping Aura this Crop Over 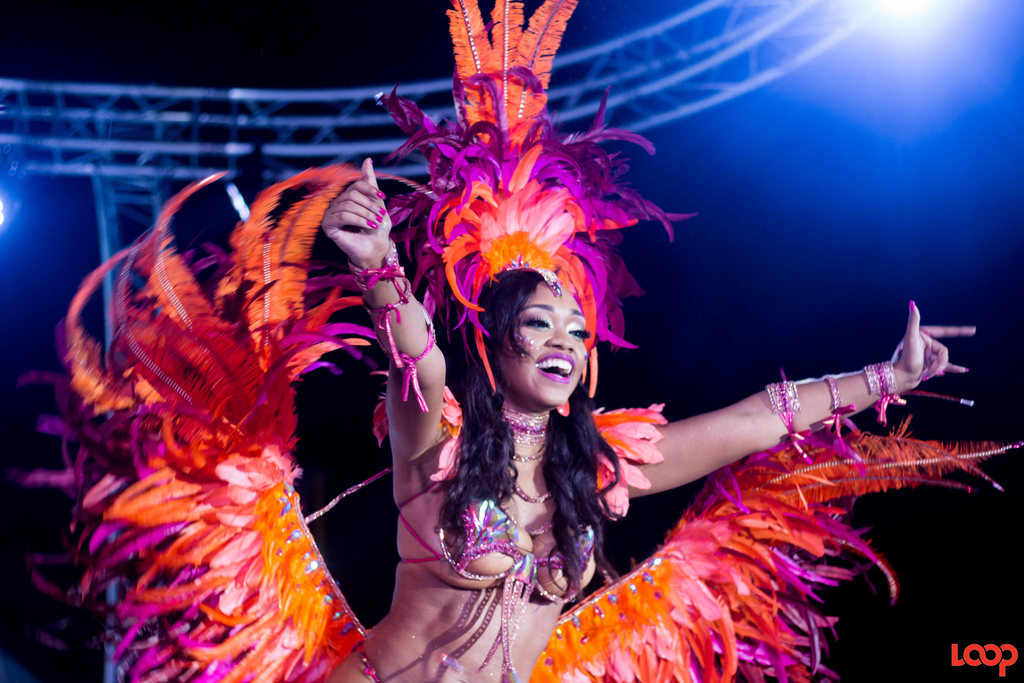 Heavy rain plagued Sandalwood Estate on Sunday evening, as The Aura Experience launched their costumes for Crop Over 2017

Their band launch can be singled out as one of the most anticipated of the season and included a well-planned production, venue setup and an amazing fireworks display bringing the band launch to a finish. However what band leaders did not expect was the launch beginning hours behind time due to heavy rainfall.

Patrons ran to what available shelter they could find or partied in the rain with DJs Jus Jay and Blaqrose Supreme looking forward to what Aura had in store this year.

When the rain refused to hold up, band leaders took matters into their own hands and decided to go ahead with the costume presentation the best they could. At around 9:30 pm, the models (most of them barefooted), strut down the runway confidently, showcasing seven sections under the theme Dream Catcher: Bliss, Freedom, Prosperity, Passion, Purity, Radiance and Spirit.

Some costumes lacked the "wow" factor and did not seem to impress patrons very much until the ultra frontline and individual costumes hit the stage. Some described costumes as "nice" while others believed backline and frontline costumes were "lacking something" for their selling price.

The Aura team thanked patrons via social media this morning for being patient and "jammin in the rain" with them:

"Thank you to everyone that came out to our Launch Party, we really appreciated you jammin in the rain with us! We know from the DMs and phone calls that you are excited and ready to sign up for your costume."

They also revealed that due to the weather conditions at the band launch costumes were damaged forcing them to showcase some of them at the band house without feathers:

"Due to the weather conditions at the Launch, several of the costumes in the band house will be on display without feathers. We apologise for any inconvenience caused."

Despite the challenges at the launch, interest has been strong, with the band reporting on social media on Tuesday that several sections have already sold out.

Of course, it didn't hurt that the brand got a major plug from none other than Rihanna with an Instagram post captioned:

"when @gallest tells me all the @aura_experience costumes selling out and I ain't pick mine yet!!!!
Which one should I pick doe? #CropOver2017 #Aura !!!"

The sister of Aura director, Rorrey Fenty, made it clear which band she is endorsing for Crop Over 2017, although there's still no confirmation whether she will be on the road Kadooment Day.

Aura Experience ready for Crop Over 2017

Erup The Band goes Beyond Borders for Crop Over 2017