CHAMPIONS LEAGUE: Sevilla fight back to draw 2-2 at Liverpool 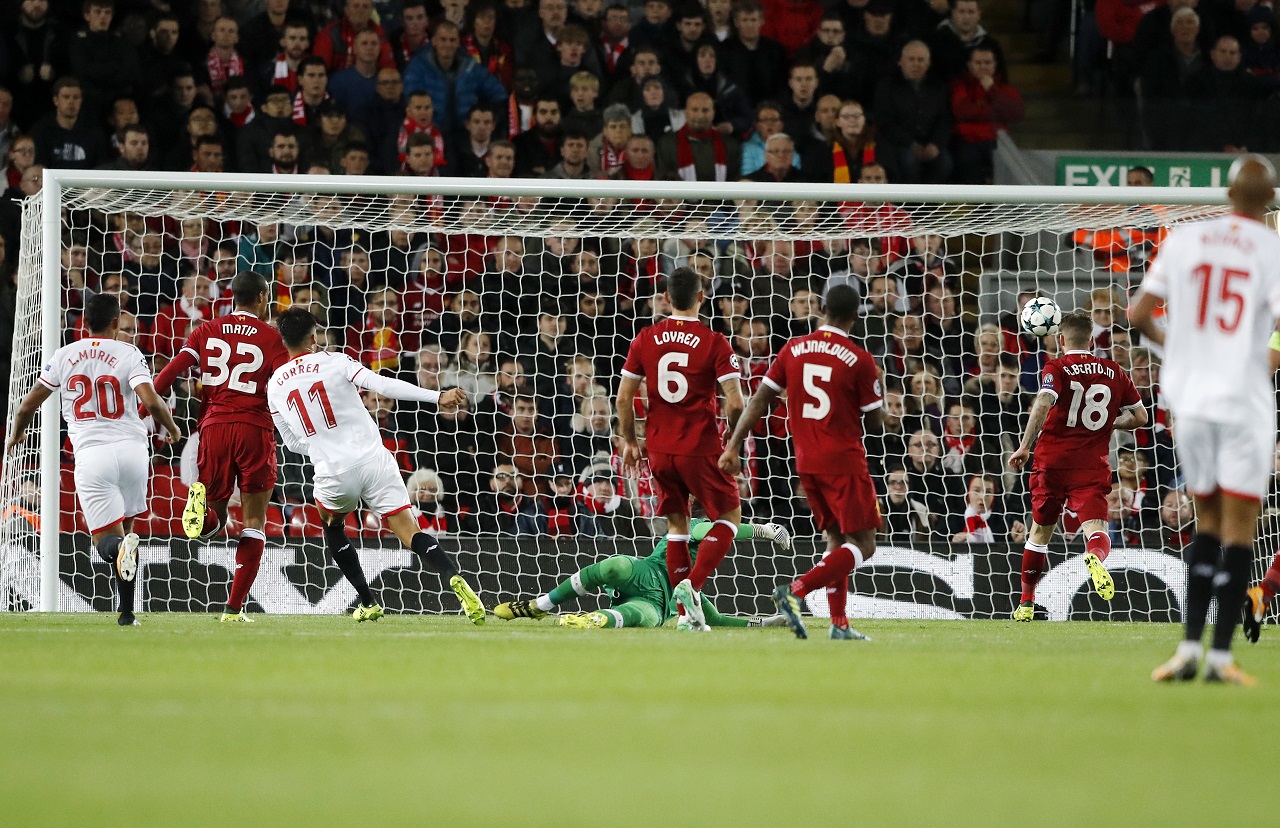 Sevilla seized on sloppy defending by Liverpool to score early and then grab a second-half equalizer in a 2-2 draw in the Champions League on Wednesday.

Joaquin Correa earned a point for the Spanish team, curling home a finish in the 72nd minute after Liverpool switched off at a throw-in to allow Luis Muriel to run through unchecked.

Sevilla's opening goal in the fifth minute also arose from a defensive error, with Liverpool center back Dejan Lovren letting a low cross go under his boot and Wissam Ben Yedder on hand to poke in at the far post.

Liverpool fought back to take the lead by halftime thanks to goals by Roberto Firmino and Mohamed Salah, and Firmino missed a chance to make it 3-1 when he curled a penalty against the outside of the post after Sadio Mane was fouled.

Philippe Coutinho came on as a 76th-minute substitute for his first appearance of the season for Liverpool, following a summer that saw him put in a transfer request after his club rejected three huge offers from Barcelona.

The Brazil playmaker was given a warm reception from Liverpool's fans but he didn't make a significant impact.

In stoppage time, Liverpool defender Joe Gomez was sent off for picking up a second yellow card. Sevilla coach Eduardo Berizzo had earlier been sent to the stands by Dutch referee Danny Makkelie in the 60th after preventing Gomez from taking a quick throw, and gestured to counterpart Juergen Klopp while being led away.