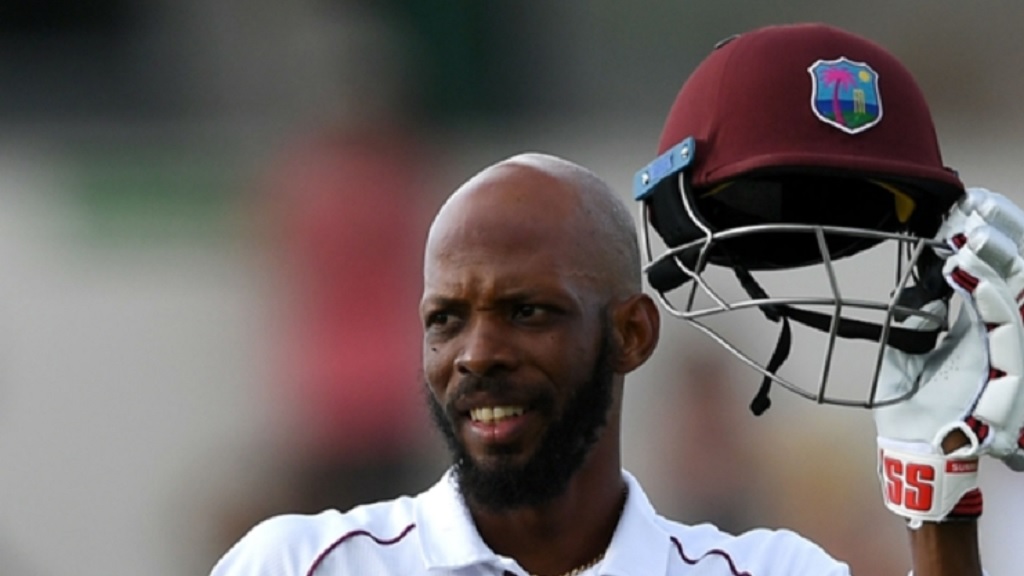 Roston Chase made his highest One-Day International (ODI) score after doing damage with the ball as West Indies started a new era by cruising to a seven-wicket win over Afghanistan in Lucknow, India on Wednesday.

The Windies cruised to a target of 195 in their first game under the captain-coach partnership of Kieron Pollard and Phil Simmons, who is back for a second spell in charge.

Afghanistan were going well with Rahmat Shah (61) and Ikram Alikhil (58) at the crease but collapsed from 126-2 to 194 all out - debutant Romario Shepherd, Chase and Jason Holder taking two wickets apiece.

Sheldon Cottrell removed Hazratullah Zazai's leg stump with a yorker and Afghanistan were in trouble on 15-2 when the excellent Holder (2-21) got rid of Javed Ahmadi.

Ikram and Rahmat steadied the ship, the former taking a liking to the pace of the expensive Alzarri Joseph.

Rahmat clattered new boy Shepherd over his head for six and Ikram struck Joseph over the rope as he scored a 47-ball half-century, though he was then run out in schoolboy fashion when wandering out of his crease to congratulate his partner on reaching 50 when the ball was not dead.

Afghanistan capitulated in Rashid Khan's first ODI as skipper after the third-wicket stand of 111 came to an end, Chase (2-31) dismissing Rahmat as they lost eight wickets lost for 68 runs, Asghar Afghan (35) also run out.

Paceman Shepherd (2-32) struck twice as the last four wickets fell for three runs, yet it looked to be game on when the Windies were 25-2 with Evin Lewis and Shimron Hetmyer back in the pavilion.

However, Hope and Chase - promoted to number four - applied themselves well to take the wind out of Afghanistan's sails.

Opener Hope was content to accumulate steadily as Chase played more expansively, hitting 11 boundaries but missing out on three figures when he was cleaned up by Mujeeb Ur Rahman, leaving Nicholas Pooran to come out and hit the winning runs.

The second ODI is scheduled for Saturday and starts at 3:30 am (Jamaica time).