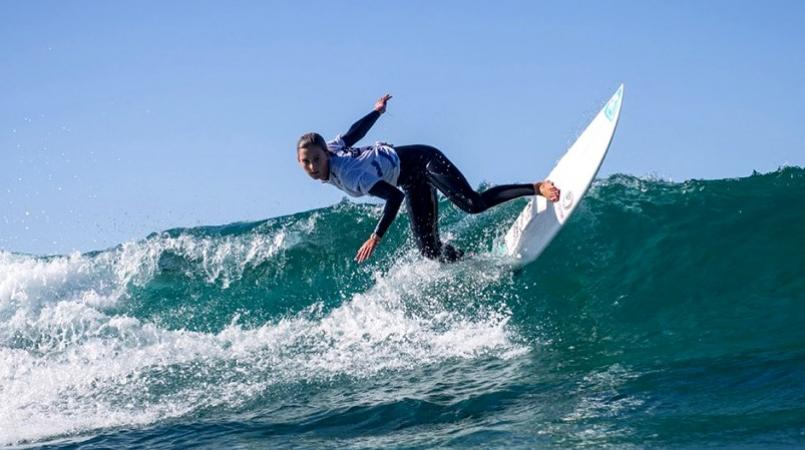 After making the top 17, Tuach was not able to maintain her place in the women’s Championship Tour but is making a bid to return to the top tier.

The iconic Huntington Beach Pier was the backdrop to the Shoe City Pro Men's and Women's Qualifying Series (QS) 1,000 January 13 – 15 and it was there that the 21-year-old Tuach claimed an impressive victory over the women’s field.

After placing second in her semi-final heat Tuach emerged victorious with a two wave, 6.47 and 7.83, combined total of 14.30.

Barbados Chelsea Roett made it to the quarter-finals and finished third in her heat.

The Top 6 Qualifying Series ranked surfers at season's end will earn a place in the Championship Tour.