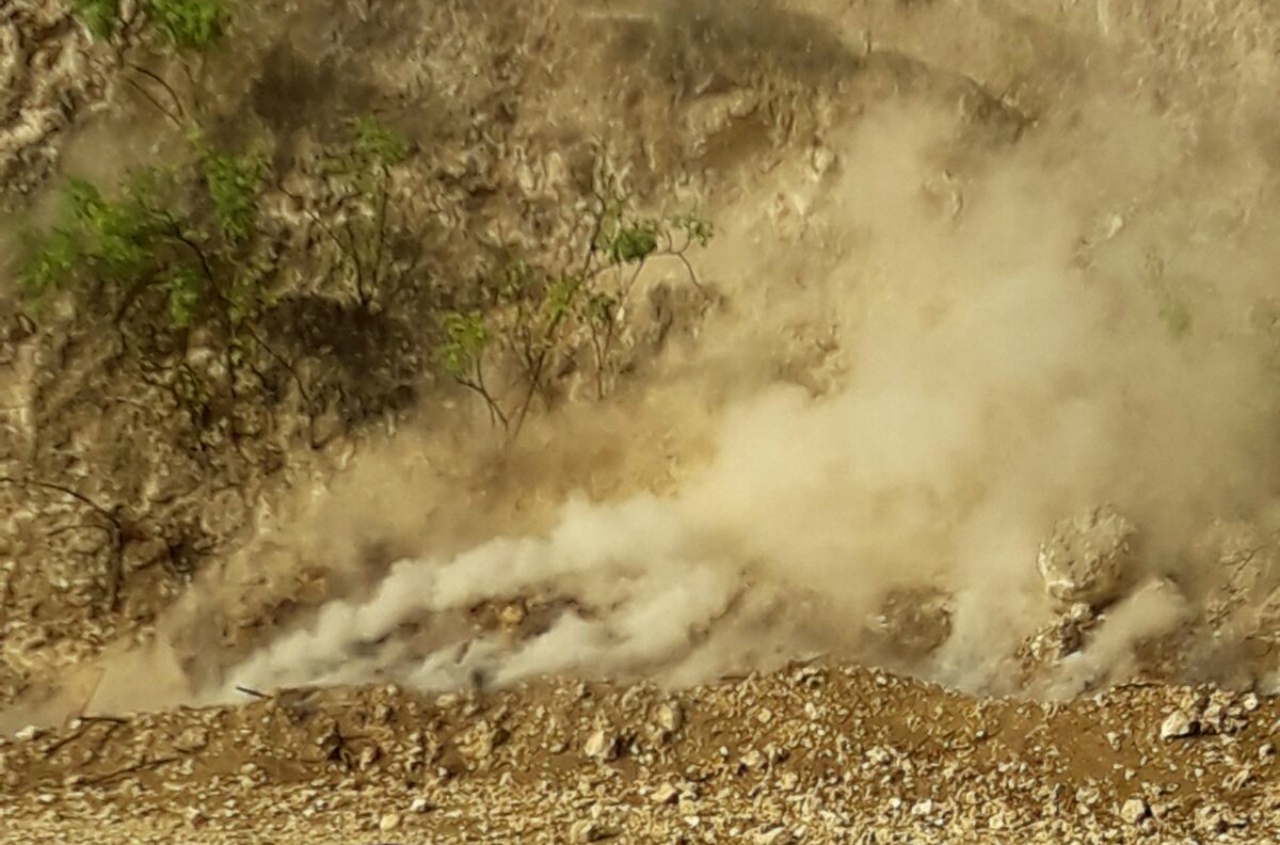 This photo was taken in late November 2017, when the fire was burning daily in the Lower Estate quarry.

With immediate effect this week, Project Recycle Ltd. will be advancing and enhancing its approach to deal with and alleviate the foul odour and environmental impact which residents of Lower Estate have been feeling as a result of the activity in the nearby quarry.

This promise comes from the Managing Director of Project Recycle Ltd., Anderson Cherry. 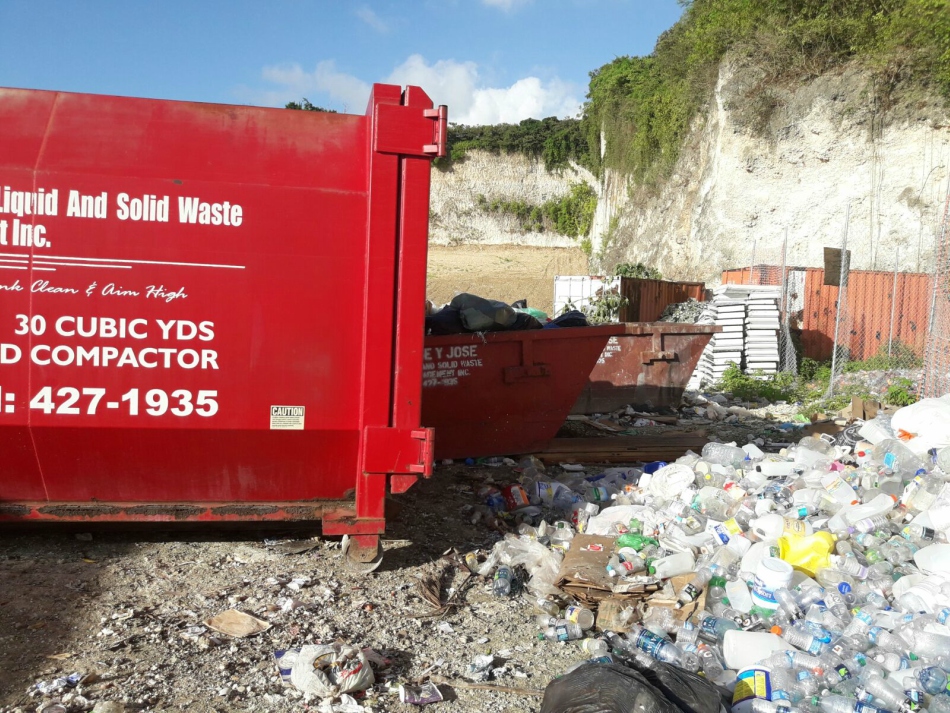 Recognising that some members of Lower Estate were feeling as though their cries for relief were falling on deaf ears, Cherry assured, “We hear their concerns and we have stepped up efforts to have it resolved within weeks.”

Noting that issue has been ongoing and according to some residents and business owners in the affected area, “escalating” since there was a fire in the quarry late last year, Cherry said that he has been keeping in touch with the community and listening attentively.

However he did not say that the talks have broken down, but he did indicate that they have not always been favourable.

Asked what are the biggest concerns put forward, he said, “There are several complaints, but the general complaint is the complaints of odour. That is the main one.”

Speaking to how they will be addressing the problem, Cherry explained:

“We are employing the best available techniques and equipment to arrest the problems that exist in the quarry in the shortest possible time. We continue to comply with all applicable guidance given by the relevant public authorities and will work with the various ministries and relevant stakeholders in fully discharging our responsibility, as instructed by the Ministry of Health.

“At present, we are still receiving inert material which is being used to cover the general affected areas.  In addition, during the same timeframes, we expect to be able to improve cover and introduce some moisture in the form of seawater to assist with extinguishing any remaining combustion in the problem areas.”

And he once again pledged, “Project Recycle Ltd. remains a responsible corporate entity and endeavours to do all within our power to remedy this problem and bring permanent relief to the residents and businesses affected by this occurrence. We will do the right thing.”