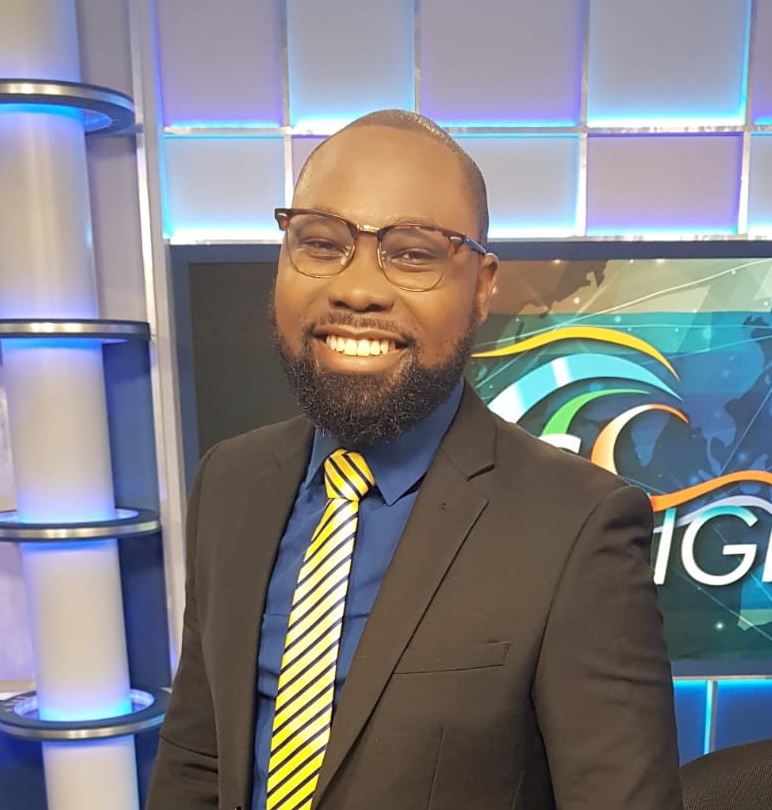 It started as a self-challenge to lose some weight ahead of the official start of the Christmas season.

But when Chenye Jones (@cheynejoness) took to Twitter on October 29 and tweeted:

“#NoSugarNovember! I need to do better and I know nuff uh wunna 2 so come n help muh *NO SUGARY DRINKS for November-ONLY WATER!”

Little did he expect that it would turn into a movement garnering support from a host of people including Prime Minister Mia Mottley.

“I needed to curb some of my eating habits . . . I was thinking that I was putting on some weight and I had to get it off before the Christmas season when people tend to indulge a bit more. In a conversation in the Caribbean Broadcasting Corporation’s (CBC) car park with youth from Youth Speak . . . they were saying that they were seeing me getting a lot of engagement and movement on twitter and they thought it would be good if I could support them in some way.

“They had just finished recording a programme on Non-Communicable Diseases (NCDs) and the thought just came to me the night after talking with them . . . a challenge. I was thinking everyone likes a challenge, so why not use my voice and the engagement that I have been getting on twitter for a positive cause,” he told Loop Lifestyle about the genesis of No Sugar November.

So what exactly is it?

Cheyne, who is best known as a News and Sports journalist and News Anchor with the state-owned CBC, said looking at the bigger picture, it was a regime to remove sugary and sugar-sweetened drinks from your diet for the entire month of November. However, some people have been using it as a rallying call to cut out bread, flour, junk food and even candy from their diet.

Since making the initial announcement, the response had exceeded even what he had imagined. It has now reached across the other platforms, including Facebook and Instagram.

“I thought it would have stopped on twitter. . . from Prime Minister Mia Mottley (@mamottley), Senator Dr Crystal Haynes (@realsenatorcrystal), they have been pushing it. The Heart and Stroke Foundation of Barbados and its President, Dr Kenneth Connell . . . it marries their push and their fight against NCDs. I guess it was a series of beautiful coincidences that led to this massive engagement.

“The last time I was trying to count on twitter there were about 300 people. I don’t know what it is on Instagram. When the Prime Minister posted it on her IG, it went to over 1 000 likes and people were commenting and saying that they wanted to get involved . . . just seeing the people encouraging each other to do something positive is really good,” Cheyne added, noting that he was especially heartened to see everyone working together. 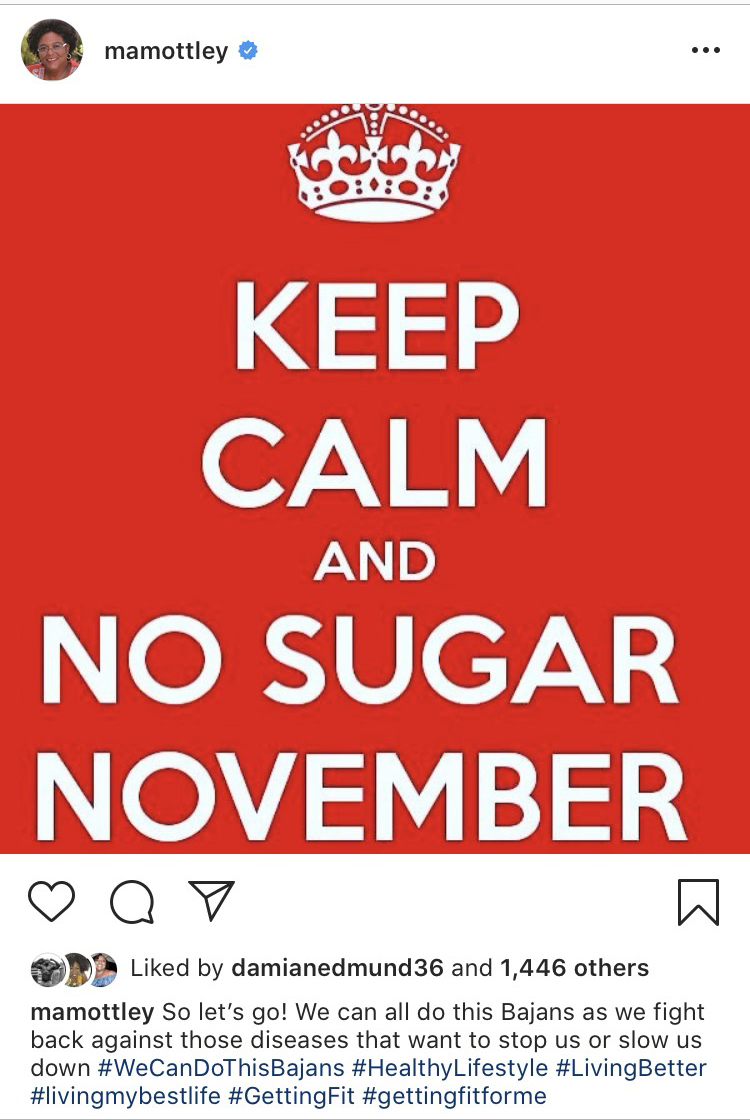 #Nosugarnovember comes at a time when the Ministry of Health and Wellness has been redoubling its fight against NCDs, which many experts say has reach crisis levels.

Loop Lifestyle couldn’t help but ask if this had an underlying influence on his decision.

“The information is out there with the medical professionals telling us that we are a sick country in terms of NCDs, childhood obesity, our sugar intake levels . . . of sugar intake . . . we are constantly being told of the risk but our lifestyle and our way of eating, our consumption habits and culture is one that is not good. It has been the norm for so long . . . it is not startling to anyone.

“Me? I have very poor eating habits, so doing this is a way of keeping me on my toes and keep me accountable. With No Sugar November, me being a personality of sorts, I can’t go anywhere out in public, drinking sweet drinks or eating a tamarind ball as I would probably like to because I am, so to speak, the face of this challenge, this movement whatever you want to call it,” Cheyne said, point to the sugar shaming element of the challenge.

A unique part of the challenge speaks to persons who take part in posting photos when they stray away from the plan. They are in turn scolded and urged to get back on track.

“I was looking for a unique way that would allow people to be a little bit naughty when they saw people who were doing the challenge straying. So it would be to post a picture of the drink when they strayed. Your support team, the others who would be doing the challenge as well, would shame you online whether they do it in a roundabout way or directly. Sugar shaming.

“It is an element of the challenge where you are ok-ing usually taboo or frowned upon actions. I saw it as a way of getting additional engagement. If you feel that you can scold someone in a funny or fun way without any judgment or ramifications coming from it . . . people will sign onto it knowing that it is all good, clean fun and it is all in jest, supporting the cause. It is a good pull factor,” Cheyne said. 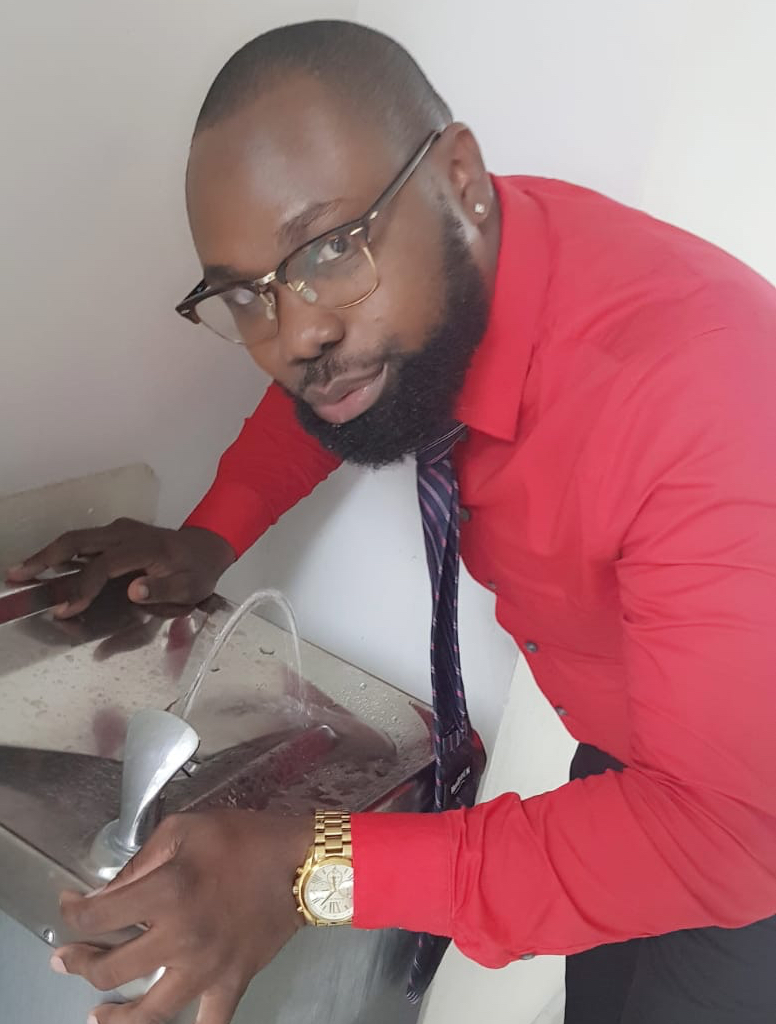 So to the next question - how do you take part?

It’s simple. Send the message "Count Me In" to join across the various platforms – Twitter or Instagram and then vent your withdrawals there. If you cheat or fall off the wagon, post a picture of the drink if you cheat! And remember sugar shaming is allowed. Oh, you should also retweet and share to help build the support system.