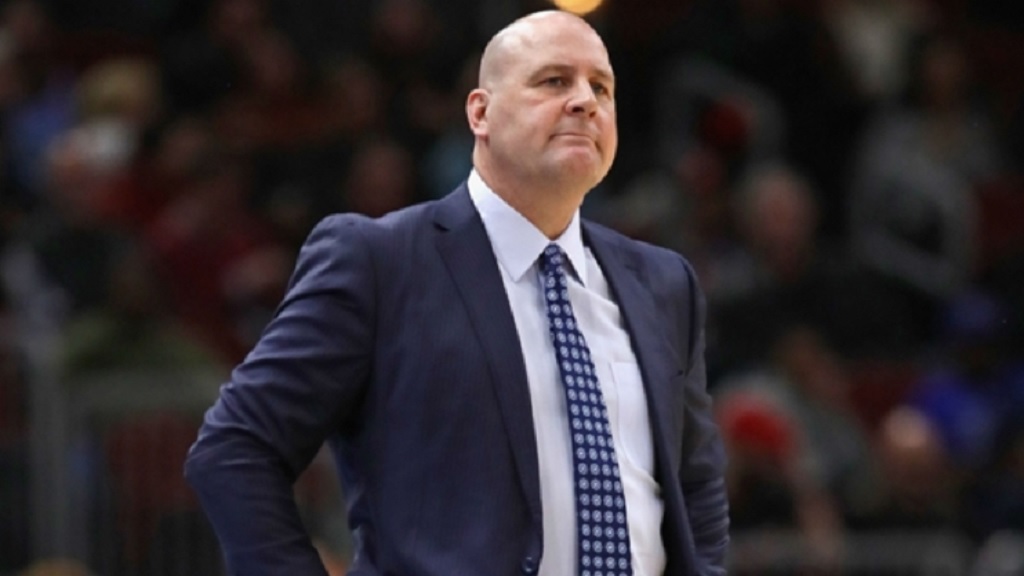 Jim Boylen has seen his tenure with the Chicago Bulls come to an end.

After working for the team as an associate head coach, Boylen was appointed to the top job in Chicago in December 2018, though he was not able to turn around the franchise's fortunes.

The Bulls posted a 39-84 record during his tenure, failing to make the playoffs. They were 22-43 when the current campaign was suspended, meaning they missed out on being involved in Orlando when play eventually resumed in late July.

Arturas Karnisovas, executive vice president of basketball operations, confirmed Boylen had been relieved of his duties on Friday, with the search to find his replacement beginning immediately.

"After doing a comprehensive evaluation and giving the process the time it deserved, I ultimately decided that a fresh approach and evolution in leadership was necessary," Karnisovas said in a statement.

"This was a very difficult decision, but it is time for our franchise to take that next step as we move in a new direction and era of Chicago Bulls basketball.

"Jim is a great human being that cares deeply about this organisation and the game of basketball. I want to thank him for his professionalism and commitment to the franchise."

As well as serving as head coach at the University of Utah between 2007 and 2011, Boylen has also worked as an assistant at several NBA teams, including being part of the Houston Rockets when they won successive NBA titles in 1994 and 1995.

The 55-year-old was also part of the championship-winning staff at the San Antonio Spurs in 2014.