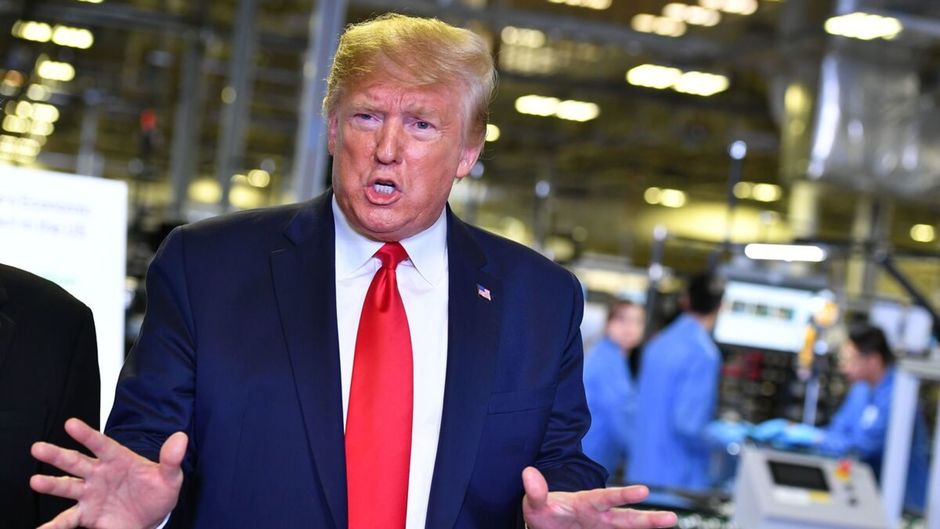 China's fury over President Donald Trump's decision to sign legislation supporting human rights in Hong Kong is evident. What's less clear is what "countermeasures" Beijing may take in response to what it said Thursday were "extremely evil" and dangerous moves.

Before signing the bills, Trump said he was concerned that trade talks with China might be disrupted. Analysts say the potential consequences could extend well beyond the current round of negotiations in the tariff war between the world's two largest economies.

The Hong Kong Human Rights and Democracy Act of 2019 passed both houses of Congress nearly unanimously. It amends a law passed in 1992 to buttress the former British colony's status as a semi-autonomous region after China took control in 1997.

It's that special status that has enabled Hong Kong residents to take to the streets in massive, often violent protests in the past six months, exercising civil liberties the ruling Communist Party prohibits in mainland China.

The law calls for sanctions against Chinese and Hong Kong officials deemed to have abused human rights.

China's foreign ministry said the support for the protesters, who have at times paralyzed parts of the city with mass transport disruptions, university occupations and clashes with police, amounts to backing for "violent criminals."

In a reflection of Beijing's assertion that the protests are part of a foreign conspiracy, the ministry said the legislation should unite Chinese, including those in Hong Kong, in opposition to "sinister" US intentions.

The legislation includes a provision that could profoundly alter US treatment of Hong Kong as a separate territory for trade if an annual review by the State Department determines it no longer has enough autonomy from the Chinese mainland.

That could "have a hugely negative impact on investors in Hong Kong, no matter if they're from Hong Kong, mainland China or other countries," said Shi Yinhong, an expert on international relations at Renmin University's School of International Studies.

Trade with China would suffer more, given Hong Kong's status as an important financial centre — a role that has been growing as relations between China and the US have deteriorated amid their bruising trade war.

"The most needed prospect of certainty for business will vanish," said Shi, who expects China to adopt a tougher stance on trade and other issues.

Apart from balking at further trade talks, Beijing's options for retaliation could include refusing to cooperate with Washington in dealings with North Korea and Iran, recalling the Chinese ambassador to the US or even downgrading diplomatic ties, Shi said.

Trump is due to raise tariffs on $160 billion worth of Chinese products, including smartphones and laptops, as of December 15. Officials on both sides were suggesting a preliminary deal to ease trade tensions was within striking distance and it's unclear if the US move will directly affect those negotiations.

A Chinese Commerce Ministry spokesman, asked at a weekly news briefing, said there was no new information to offer.

So far, the two sides have sought to keep Hong Kong and trade issues separate, said Tu Xinquan of the University of International Business and Economics.

"China doesn't want to connect the two things together," said Tu. "China believes trade issues should not be politicized."

Trump has not devoted much attention to Hong Kong, and Chinese leaders likely understand he had little option politically but to sign the legislation. It's not the first time Beijing has been incensed by US moves on Taiwan and other issues.

The best that can be hoped for right now is to keep relations at their current chilly level and wait to see if the legislation leads to actual action by Washington.

"If the US takes sanctions against Hong Kong based on those future reviews, China will take countermeasures," he said. "The kind of measures will depend on how serious the US actions are."