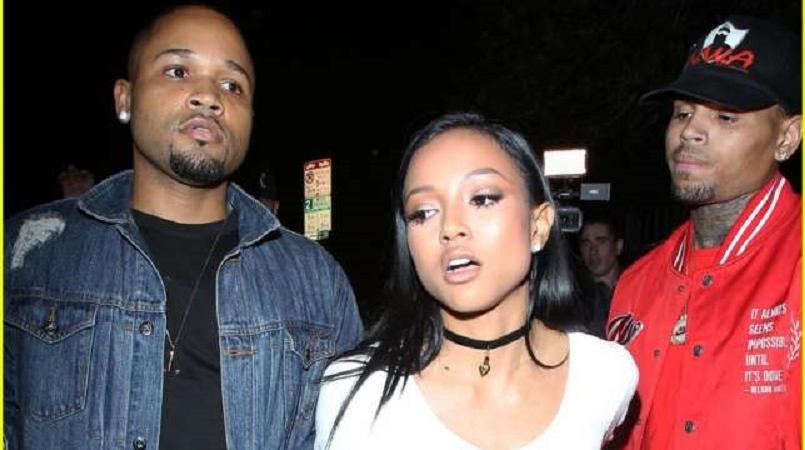 The Grammy winner was ordered to stay 100 yards away from his ex-girlfriend, Karrueche Tran, and not attempt to contact her.

The order also calls for Brown to surrender any firearms he has until a March 9 hearing on the restraining order.

Tran wrote in court documents that Brown has repeatedly threatened her since December in text messages and through friends.

Karrueche said in a sworn statement that Brown "told a few people that he was going to kill me."

She said Brown told friends if he couldn't have her then no one else could, saying he threatened to "take me (Tran) out" and "threatened to shoot me (Tran)."

Karrueche also says several years ago Brown "punched me in my stomach twice," and "pushed me down the stairs."

An email message sent to Brown's attorney Mark Geragos was not immediately returned.

The order, which was granted Friday, was first reported Tuesday by celebrity website TMZ.