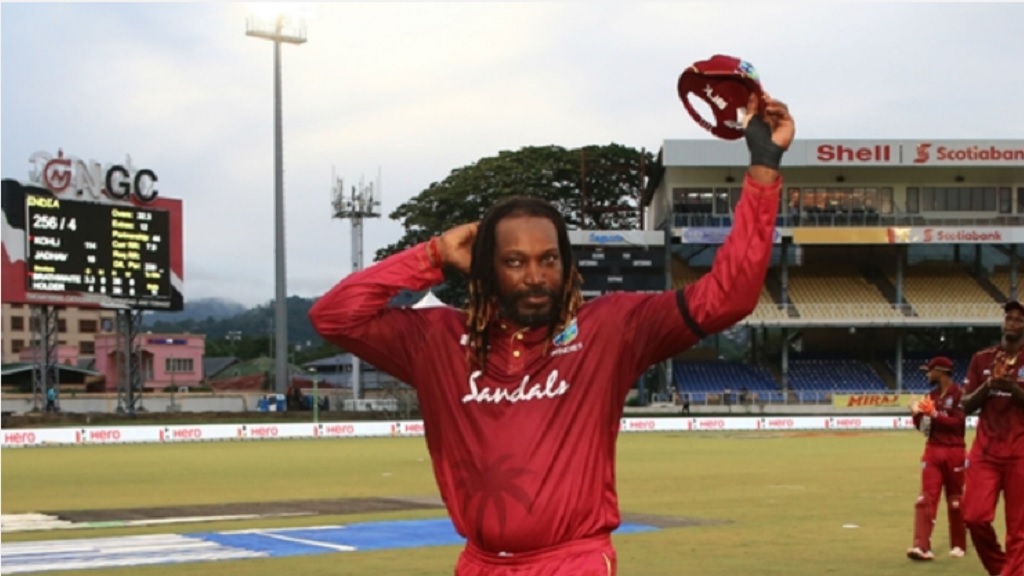 Chris Gayle's ODI career may not be over as the West Indies opener stated he "didn't announce any retirement" after blasting a quickfire half-century in the defeat to India on Wednesday.

Gayle raised his helmet on his bat and shook hands with India players as he left the field in the final match of the series in Port of Spain, where he smashed 72 from only 41 balls.

The 39-year-old was given a standing ovation following what was thought to be his last international innings in the 50-over format.

Yet, in a brief clip posted on the Windies' Twitter account, Gayle later declared: "I didn't announce any retirement". He then added that he would be around "until further notice".

Windies captain Jason Holder confirmed there had been no word on Gayle quitting ODIs.

"To my knowledge, he hasn't retired," said the skipper, whose opposite number Virat Kohli saw the tourists home with a second successive century.

"But today was an example of his career. The knock he played was outstanding. He got us off to a really good start.

"He was entertaining, he showed presence, and that's just what people have come to expect of Chris Gayle over the years."

On Sunday, Gayle broke Brian Lara's record for both ODI appearances and runs in the second match of a series which India won 2-0.