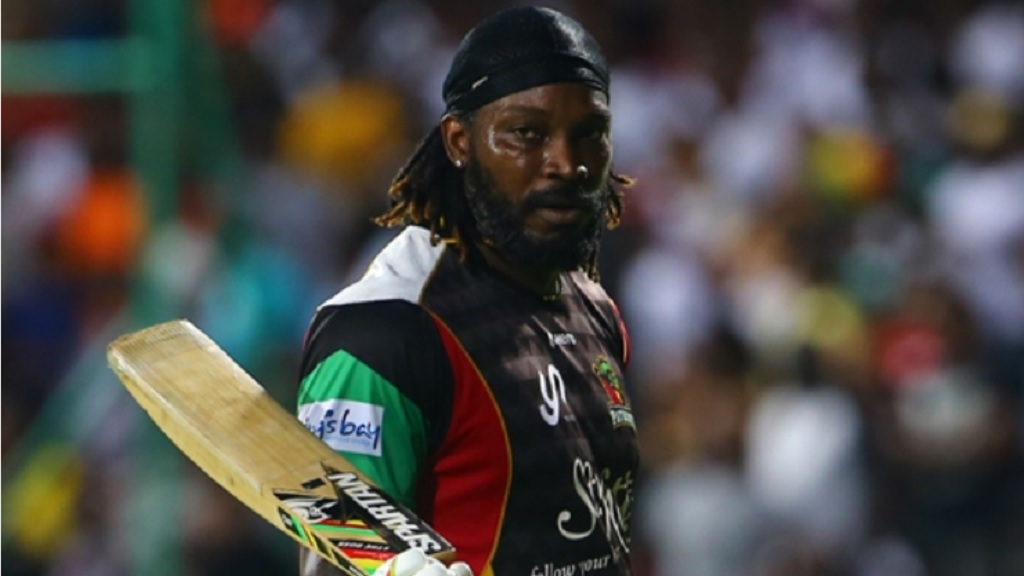 Explosive Jamaica and West Indies batsman Chris Gayle hit 29 from 13 balls to help lead Kings XI Punjab to a five-wicket win over Delhi Capitals, in the 38th match of the Indian Premier League (IPL),  at the Dubai International Cricket Stadium on Tuesday.

Dhawan’s unbeaten 106 off 61 deliveries made him the first batsman in the 13-year IPL history to notch back-to-back centuries and singlehandedly carried the table-toppers to 164 for five.

The left-hander had scored an unbeaten 101 last Saturday against Chennai Super Kings at Sharjah and has been dismissed once in his last four games this season.

Needing 165 for victory, Punjab replied with 167 for five off their allotted 20 overs.

In at number three after a breezy 15 from captain KL Rahul, Gayle tucked into the beleaguered Tushar Deshpande, hitting three fours and two sixes in a riotous fifth over.

After Gayle was bowled by Ravichandran Ashwin for 29 and Mayank Agarwal was run out in the sixth over, another West Indian in Nicholas Pooran thrillingly picked up the baton.

Pooran compiled a blistering half-century as he added 69 for the fourth wicket alongside Glenn Maxwell. He departed after reaching his milestone, edging the impressive Kagiso Rabada (2-27) behind for a 28-ball 53.

Maxwell departed for 32 when Rishabh Pant pouched a swirling chance off Rabada but Deepak Hooda and Jimmy Neesham - 15 and 10 not out respectively - finished the job authoritatively, the New Zealander planting Daniel Sams over midwicket to finish matters with an over to spare.

Dhawan anchored Delhi's innings through his trademark slog sweeps, cuts, and pull shots and hit 12 fours and three sixes but the rest of the batsmen could add only two more boundaries and two sixes.

Rishabh Pant struggled to score 14 off 20 balls and Marcus Stoinis could score only nine off 10 deliveries as both hard-hitting batsmen couldn’t force the pace either in the middle overs or in the death overs.

Fast bowler Mohammed Shami grabbed two for 28 and conceded only 13 runs in his return spell and removed dangerman Stoinis and West Indies batsman Shermon Hetmyer, who could also score only 10 runs.

Despite the defeat, Delhi still sit pretty atop the table with 14 points from 10 games. Punjab, which defeated title-holder Mumbai Indians in a sensational double Super Over on Sunday, have eight points and are in fifth place.

“My heart keeps reaching new limits every game but yeah it is nice to finish it in the 19th over for once,” Punjab captain Lokesh Rahul said.

“I feel we fell 10 runs short,” conceded Delhi captain Shreyas Iyer, who also went cheaply for 14. “Tushar leaked a lot of runs, but this has happened to the best of all, so he will learn a lot from him.”

Gayle, Bravo and Sammy up for Lanka Premier League