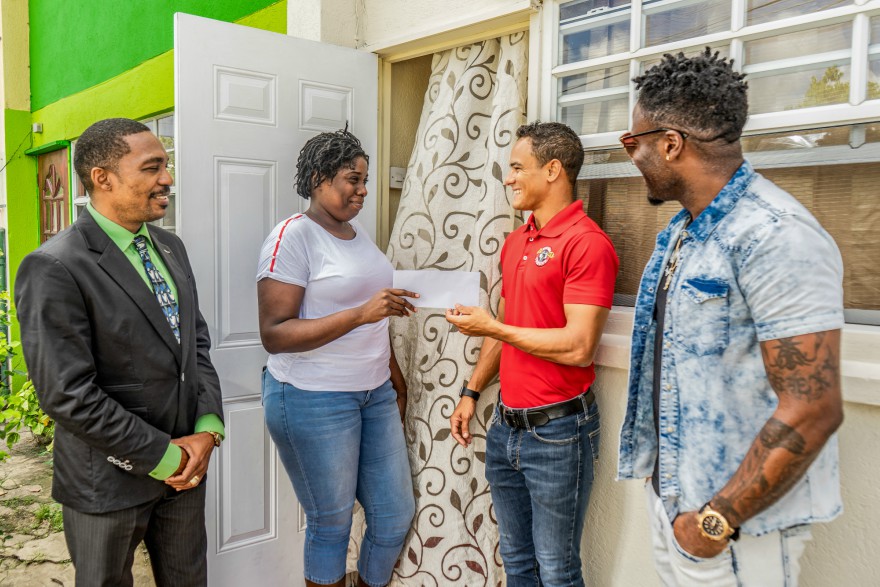 A family of five, whose house and possessions were destroyed by fire on October 3, has received additional support to help with their living expenses.

The presentation was made during a visit to the new home of Shahiya Amin and Junior Lowe. Amin’s father and two children, aged eight and 12 were also impacted by the blaze and the family had been staying in separate accommodations following the incident. 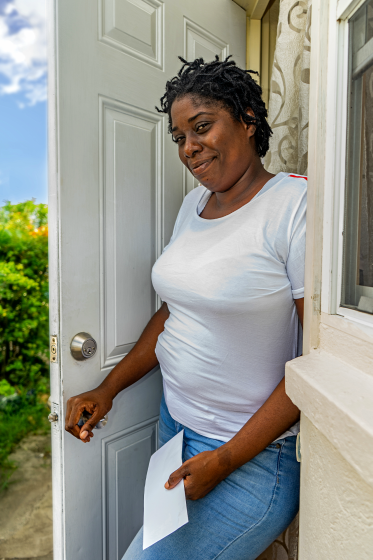 During the visit, Brand Manager with Rock Hard Cement, Darren Matthews said the plight of the family was initially brought to the company’s attention by a team member.

“Having launched the ‘Rock Hard Cares’ foundation in August, assisting the family was an embodiment of what the programme is about - helping as many people in need as possible.” He added, “Rock Hard is committed to enhancing the lives of individuals within the community, therefore we felt it was necessary to step up and assist this family in rebuilding their lives after losing everything in the October 3rd blaze.”

Matthews noted that while it will not be an easy road ahead, he is hopeful that the assistance being provided will help to bring some relief to the family.

Meanwhile, Minister Forde commended the foundation for responding with what he described as a measure of alacrity. “When we have disasters the only thing we as Barbadians can depend on is the help of our neighbours and our friends. I am glad to see that ‘Rock Hard Cares’ really cares, not only in name but by nature - by their actions. I want them to continue because this contribution will go a long way to ensure that they have some stability, that their lives can now be settled.”

Stressing that tragedy can strike anyone at any time, Forde also encouraged other businesses to become involved in similar philanthropic ventures.

It was all smiles from Ms. Amin as she received the donation, stating that she feels contented and blessed. “It has been good so far, everyone is back to normal. I am really appreciative of the help and I will like to thank them [Rock Hard Cares and Minister Forde] so much for everything they have done.

Also attending the visit was Kirk Browne, an ambassador for the ‘Rock Hard Cares’ Foundation. “You never look at the impact, not only the physical but the financial, emotional and mental.” Therefore, he said that he was pleased that the foundation was able to assist the family. “It’s all about putting families together and getting people back on their feet.”