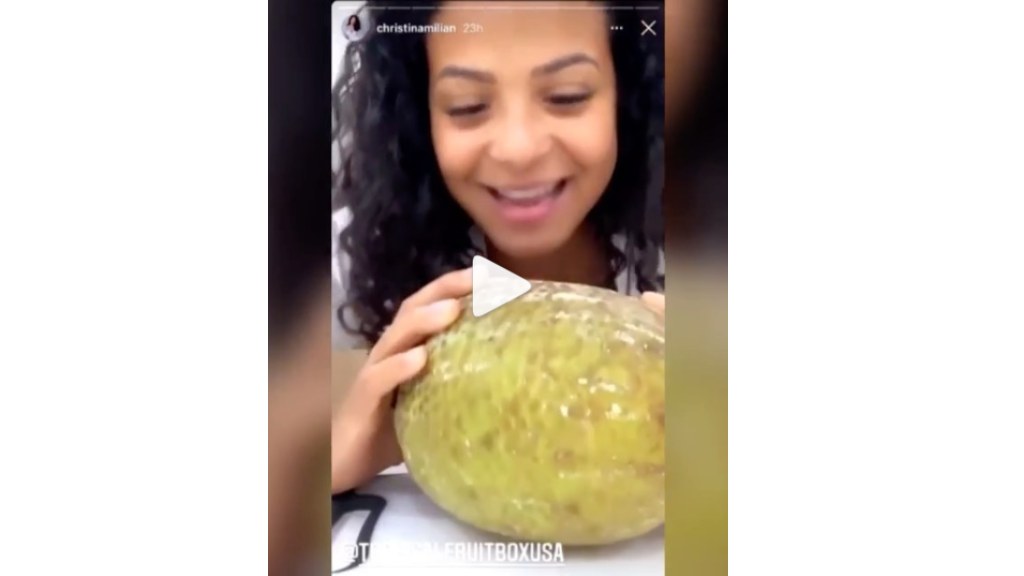 Caribbean people will stand by the belief that breadfruit should not be eaten raw.

No matter who tries it and how "tropical" they claim it tastes in an uncooked state.

Over the weekend American singer and the Love Don't Cost A Thing actress Christina Milian caught some heat for a video posted to Instagram in which she was seen trying raw breadfruit that she got from Tropical Fruit Box USA. Initally in the video she called it "sweet bread" but seconds later after slicing it in half and pulling it apart, she corrected herself and said it's actually called "breadfruit". Once opened, she bit into a slice of the raw breadfruit and she couldn't quite put the flavour into words as she said: "I just took a little bite and it taste like a giant. . . it just taste tropical."

Breadfruit is one of the Caribbean’s most beloved staples. This carbohydrate can be prepared in various ways but raw is not normally one of them. Bajans love to make fries, roasted breadfruit or cou cou. In Barbados there is even breadfruit flour now, a love of persons who are vegan or gluten-free.

Not soon after Milian's first experience with breadfruit, the internet took to doing what Milian should have done to the breadfruit and roasted her for the post.

But Jamaican dancehall princess Shenseea eventually showed up in a shady way to educate Milian on how to properly prepare the delicacy. Posting a video of herself holding a breadfruit that's roasting on the stovetop, Shenseea yells: "Who's gon tell 'er?"

Let's hope that Milian has learned her lesson and others unfamiliar with how to cook Breadfruit can look towards lots of Caribbean chefs for lessons in how to better prepare the delicacy.