This Christmas, non-violent offenders get the gift of a second chance 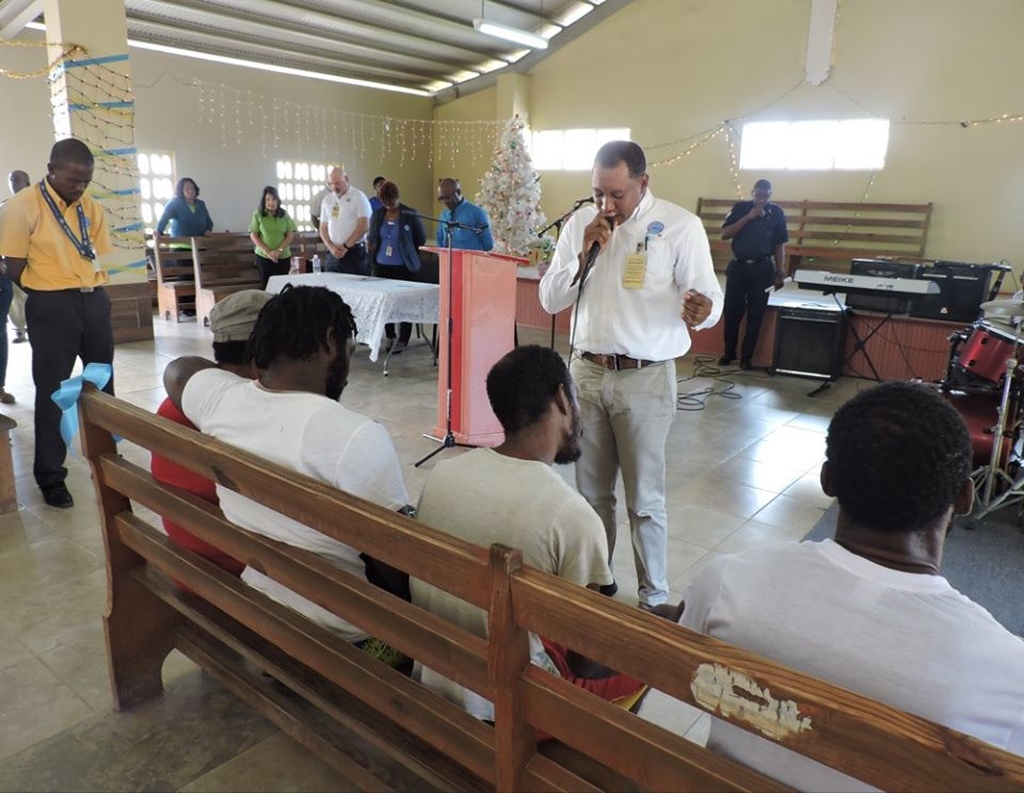 In Jamaica, A Food For The Poor staff member prays for the four nonviolent offenders released from the St Catherine Adult Correctional Centre after their fines were paid by the charity.

Food For The Poor has paid the fines of 79 nonviolent offenders for Christmas. They were held in prisons throughout the Caribbean and Latin America.

Many were arrested for stealing to feed their families or for something that would be considered a minor offense, Food for the Poor said in a statement.

For more than two decades, Food For The Poor has honoured the tradition of freeing nonviolent offenders from prisons in Guyana, Haiti, Honduras and Jamaica by paying their fines in time for Christmas.

In Jamaica, four inmates were released from the St Catherine Adult Correctional Centre, including a 49-year-old who spent more than a month in the Spanish Town prison because he could not afford to pay the fines for a minor offence.

He said: "This is the first time this has happened to me and it has been the hardest thing to deal with."

During his time behind bars, he admitted he was forced to reflect on his life and it was during those times he turned to God for comfort.”

"I prayed a lot, and I begged God to intervene because this is not the life I want to live. God answered my prayer through Food For The Poor and it is such a blessing. I am so grateful," he said. 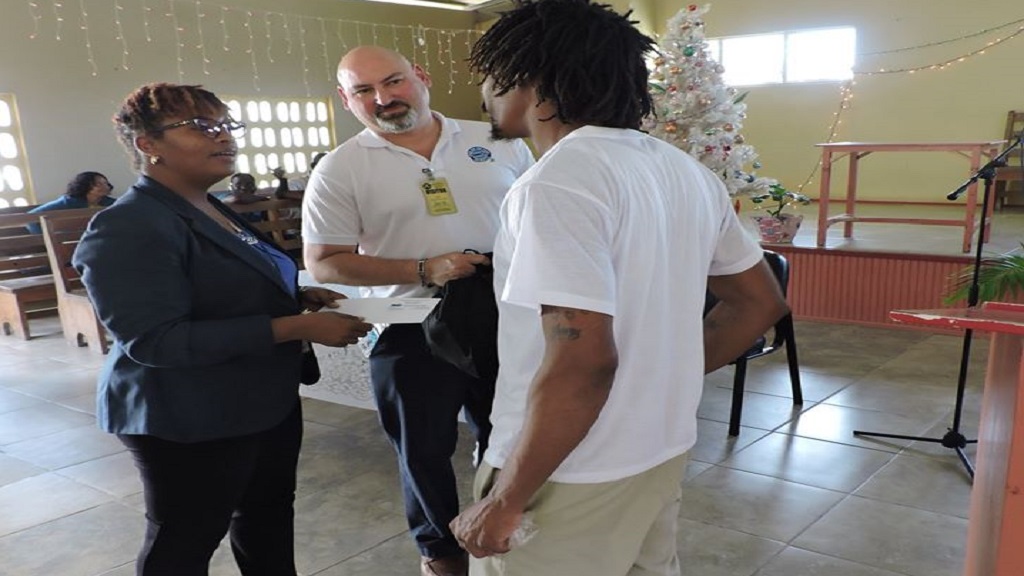 Food For The Poor-Jamaica Directors Kivette Silvera and Craig Moss-Solomon speak about the importance of second chances to one of four men released from prison. Food For The Poor paid the fines of four nonviolent offenders from the St. Catherine Adult Correctional Centre.

Meanwhile, in Haiti, the road to desperation is being led by poverty, civil unrest and gang violence.

Near-daily protests are taking a toll on the 11 million people in the Caribbean nation, making day-to-day living nearly impossible for the destitute.

Food For The Poor has paid the fines of 50 men, two teens and one woman in Haiti. All were arrested and sent to prison for stealing. Most were arrested for taking a pig or in the case of 14-year-old Jerry, a goat. Jerry, from Ouanaminthe, said his mother died and his father abandoned him so he became a shoeshine boy to make money.

He admitted he took the goat to sell, but the teen was arrested and locked up with hardened criminals for two months before Food For The Poor learned about his situation and paid his fine.

"I want to thank you for giving me back hope," Jerry said. "I will go back to my daily life to make some money and feed myself." 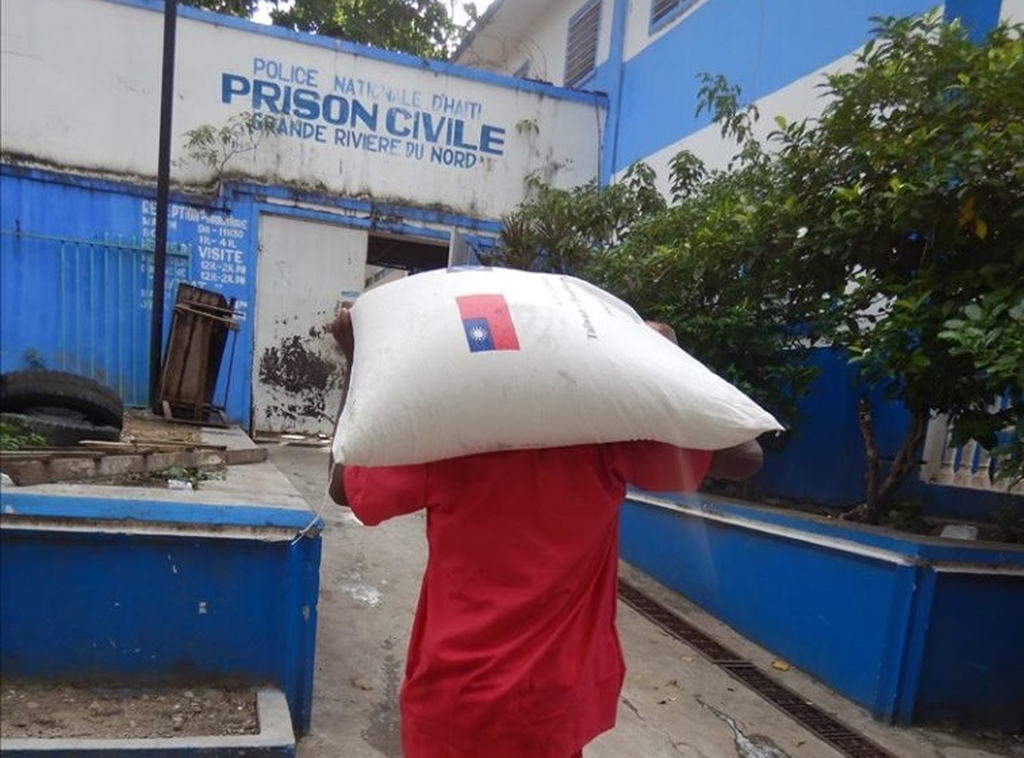 Food For The Poor paid the fines of 53 nonviolent offenders from four prisons in northern Haiti, including this man, who was released from the Prison Civile, in Grande Rivere.

Rosette, 43, a wife and mother of eight, spent nearly six months in a Fort Liberté prison after she stole items from someone to sell to feed her family. Rosette was beside herself with joy to learn her fine had been paid. She knew her six months could have turned into years.

"I am so grateful to the donors of Food For The Poor for helping me to go back home to my children," Rosette said. "I will do better. Thank you, and may God send his blessings upon you."

In Honduras, increased violence and unemployment rates have the Central American nation in a chokehold. Many are having a hard time finding day labour jobs and steady work is difficult to secure.

Juan is the oldest of three children who lives with their mother; the father abandoned the family leaving them very poor. One day in April, the teen came home and his mother said there was nothing for them in the house to eat. Juan went out to find work for the day and when he could not, out of desperation, he stole some food and was arrested. His devastated mother told him that they may be poor, but he was raised better than that.

Since she did not have the US$276 to pay his fine, he was arrested and sentenced to two-and-a-half years. After eight months, he learned that he was one of 15 men whose fines were paid by Food For The Poor. During Juan's time in the Pastoral Penitenciaria, in San Pedro Sula, he learned how to fix cars.

"I am very thankful to CEPUDO, Pastoral Penitenciaria and Food For The Poor for this opportunity to be free again," Juan said. "God bless you." 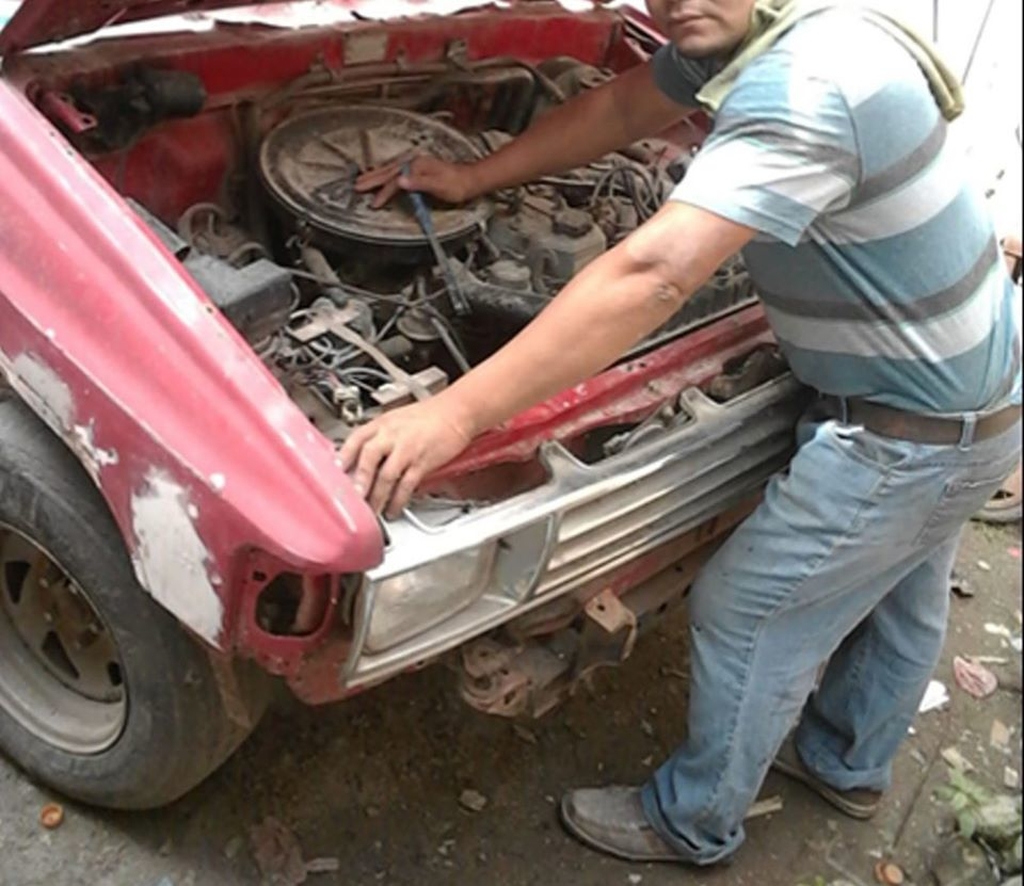 In Honduras, 15 nonviolent offenders were released from prison, including Juan from the Pastoral Penitenciaria in San Pedro Sula.

The programme in Honduras has a number of skills training projects, and some are taught by former inmates. They help nonviolent offenders return to society with a trade to be better equipped to find work.

In Guyana, Food For The Poor paid the fines of seven nonviolent offenders who were sent to prison for simple larceny or minor traffic offences. David, one of the seven, was fined US$91, money neither he nor his family had. He spent six months in Timehri Prison.

On the morning of his release, David and the six other men expressed gratitude to Food For The Poor President/CEO Robin Mahfood in a telephone conference from the Food For The Poor-Guyana offices.

"This year, 79 nonviolent prisoners have been set free for the Christmas holiday, thanks to generous and compassionate donors who support the charity's prison ministry," Mahfood said. "We are not here to condone or to pass judgment on anyone who was arrested and sent to prison for a nonviolent offence. We believe in God's mercy and second chances, because second chances are an opportunity to correct the wrong and to choose a better path in life. It is truly our prayer that each one of those released this Christmas will do exactly that."

Each newly freed person was greeted by Food For The Poor staff who prayed with them. Each person also received a copy of the Bible, a meal, personal care items and travelling money.