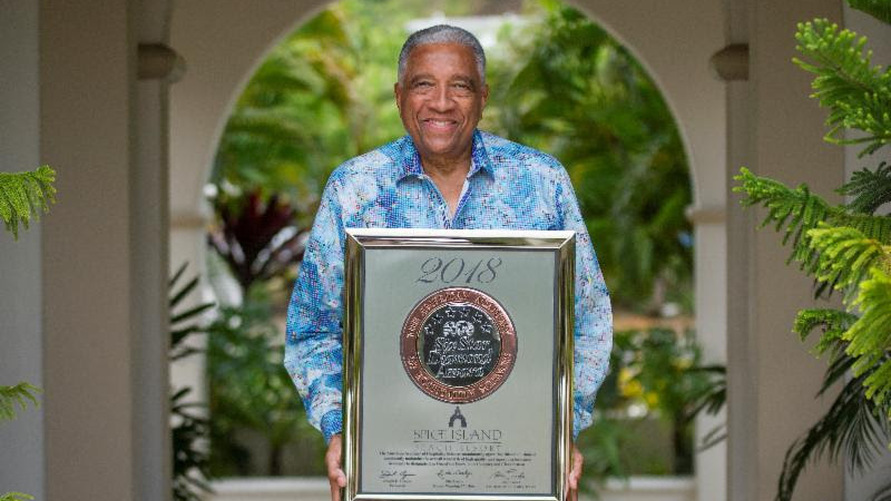 The president of the Caribbean Hotel and Tourism Association (CHTA) joined regional tourism industry stakeholders in mourning the passing of Sir Royston Hopkin, one the Caribbean's most respected and accomplished hoteliers.

CHTA President Patricia Affonso-Dass of Barbados remembered the Grenadian businessman as "a giant of a man, a bright light that lit up a room - not a man of half measures, but rather someone who believed that anything that was worth doing was worth doing excellently."

Affonso-Dass, who first met the legendary hotelier when she was starting out in the tourism sector, lauded him as "the epitome of gracious hospitality who infused me with a love for this industry that has never dimmed."

Sir Royston, whose five-star Spice Island Beach Resort is synonymous with elegant luxury, "was proud of his humble beginnings, his family, his story and in the latter years, of the wonderful and well-deserved recognition that his beloved resort achieved," said Affonso-Dass.

Affonso-Dass credited Sir Royston's passion and engagement for helping build modern Caribbean tourism with "a vision always larger than himself, his hotel and his island".

Sir Royston served as President of the Grenada Hotel and Tourism Association, was a past president of CHTA, and a recipient of the coveted CHTA Hotelier of the Year award. Among his numerous awards, he was recognised with a Caribbean Hotel & Resort Investment Summit (CHRIS) Lifetime Achievement Award last year.

He was also noted for providing opportunities for others and his continued support for CHTA, which he called "the university without walls for us Caribbean people, (including) all the emerging leaders".

Sir Royston described growing up as a child helping his parents operate a small guesthouse as the basis for his understanding of hospitality. He credits his involvement with CHTA for broadening his knowledge of the industry, building lifelong professional relationships and friendships, and leading to the success of his award-winning resort.

"The message I'm giving you ... is that the involvement in CHTA is immeasurable. What you take from it, universities cannot give you. Because, if I was not involved in CHTA I would not ... be sole owner of Spice Island Beach Resort," he told hoteliers and aspiring young hospitality professionals while delivering the keynote address at CHTA's Caribbean Hospitality Industry Exchange Forum (CHIEF) in Miami in 2017.

He saw service to, and involvement in, the association as a launching pad for young hoteliers - a place to learn, to develop personal networks and recognize that they were a part of something bigger than their own businesses.

Extending her condolences to Lady Betty Hopkin and the entire family, Affonso-Dass declared: "A bright light has gone out in our industry this weekend, but Sir Royston's love of our industry, our CHTA, our region and the beautiful resort he labored over will live on forever."