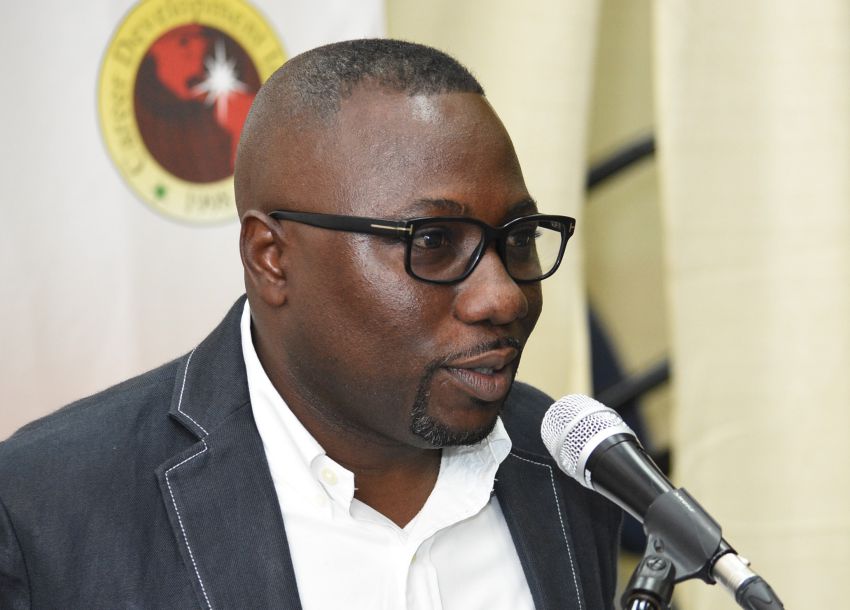 Against the backdrop of socio-economic challenges facing the country, including its youth, the church has been urged to mobilize and develop a unified voice to challenge the status-quo.

The appeal came on Saturday from Small Business Minister, Dwight Sutherland, as he addressed the opening of the St. Michael Centre for Faith and Action Entrepreneurship Expo and Extravaganza, at the Village Green of the Central Bank, Bridgetown.

Minister Sutherland stressed that the church must not be quiet in its call for the stamping out of corrupt practices, whether within the business arena or society at large. He said: “We simply cannot effect real change while allowing a corrupt few to hold this new Barbados hostage, and stymie the potential of a nation whose destiny remains in the hands of a tentative majority.

“Hence, as the church educates and equips young people to forage into entrepreneurship, a complementary vision must be articulated that recognizes the linkages that can be forged between the young entrepreneur and other economic actors. Strong leadership is therefore required as we traverse these uncertain waters, and the church must find its voice to give vision to a nation whose moral compass will dictate its wanton survival. A silent church is therefore as dangerous as an expected remedy not applied.”

The Minister who is also responsible for Entrepreneurship and Commerce called on the church to be committed to modelling grace, by sharing its vital gifts and experiences with the youth.

Stating that the Church provided the gift of good management and administration, coupled with efficiency of operation, space utilization, relationship, money and effective decision-making, he said: “These are salient virtues that are learnt and practised to support the work of the Kingdom of God as expressed first in the local church and in the many causes of Christ within the world.”

Outlining other virtues the church could utilize as it worked to build-out a cadre of enterprising entrepreneurs and support its youth, he said these included a vision to aspire towards greatness; securing finances, by networking with government, the organized private sector, friends and family; recognition that failure in a particular venture or endeavour does not infer that they themselves are a failure and the understanding that it is okay to grow slowly and steadily so as not to lose focus before reaping the dividends of their labour.

He further noted that entrepreneurs could take advantage of the social networks that exist within the church to create linkages, clusters and partnerships, and that they should work hard and not take short cuts to wealth creation.  Pointing out that since neither government programmes nor the trickle-down business growth would ever be able to create enough quality jobs for communities, he said the current economic scenarios called for the church to seek to impact Barbados as a place of hope and a community of entrepreneurial excellence.

“Rather than just looking to existing businesses or to government agencies to create jobs, let’s leverage all the power of the kingdom of God and the boundless resources of the church to unleash a new paradigm of change within our communities,” the Commerce Minister added.