Churches urged to do to help curb gun violence 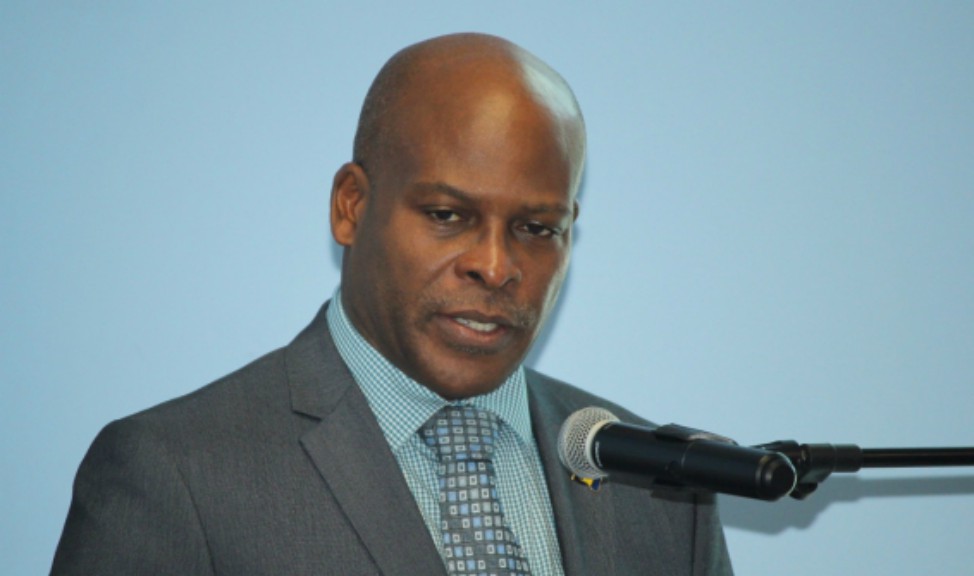 Barbados recorded 100 gun-related deaths, mainly of young men, and committed by young men, between 2010 and 2017, and churches and citizens are being urged to step up and do more to assist.

This call was made by Minister of Home Affairs, Edmund Hinkson, as he addressed a church service at the Sanctuary Empowerment Centre on Sunday to mark the start of Crime Awareness Month 2018.

The activities are being hosted by the Criminal Justice Research and Planning Unit (CJRPU) under the theme: Uniting and Empowering Our Youth.

Mr. Hinkson acknowledged that there was an increase in gun-related violence in Barbados and across the region. “Of note is that these crimes were not predatory or acquisitive in nature but dispute related. This is an indication that our young people are lacking conflict resolution skills and are resorting to guns to solve disputes and or revenge acts of violence against themselves, their friends and family members,” he stated.

He added that research conducted by the CJRPU indicated that a substantial majority of prison inmates at HMP Dodds did not attend church or any religious gathering within the previous two years of their incarceration.

The Home Affairs Minister warned that such levels of violence could not be tolerated, as Barbados could not be distracted from achieving its goal of sustainable development by “small groups of persons who are bent on criminality and destructive behaviour”.

Noting that religion helped in sustaining the moral values of the country throughout generations, Mr. Hinkson charged: “The religious and spiritual leadership, of course together with other stakeholders concerned about the socio-economic and human development of our country, have an overriding duty to reach out to those young persons, particularly young men, who are at risk and feel marginalized from mainstream society.

“The church must embrace the youth and engage them on their turf and try to influence them, rather than cast judgement and condemn them.”

The Minister then called on churches across Barbados to go into their communities and reach out to the vulnerable and at-risk youth with proactive programmes targeting life skills, educational deficiencies and values.

Noting that the Sanctuary Empowerment Centre was positioned in a community that was home to many youth, and already had a vibrant youth ministry going, Mr. Hinkson urged the church to increase its efforts at developing young people.

He further noted that the church had expressed an interested in working more closely with the CJRPU, and endorsed the initiative.