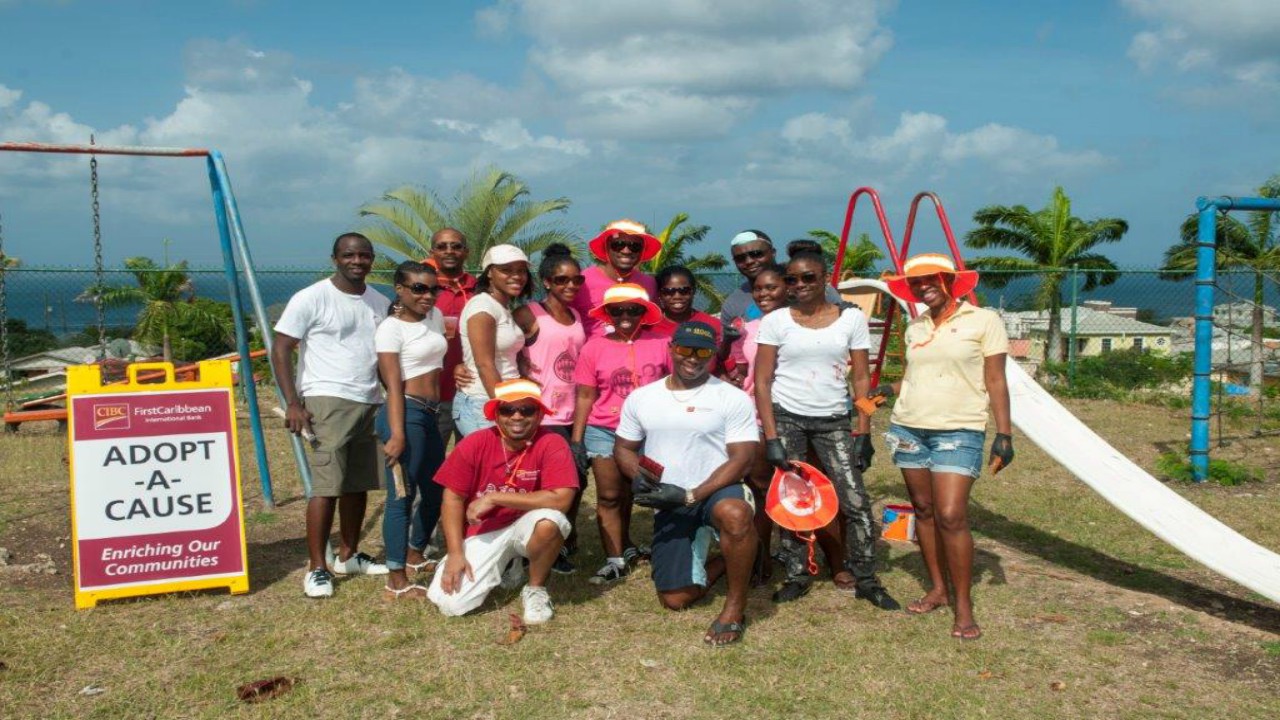 Students of the West Terrace Primary School were in for a pleasant surprise recently when they returned to classes following a weekend break.

Their dull and fading play park was bursting with fresh new colours, as it was given a make-over by staff of CIBC FirstCaribbean’s Warrens Banking Centre.

The previous Friday, they had frolicked in their play park though the colours of the swings and slides were fading and showing other signs of being well used. But to their delight, they returned after the weekend to be welcomed by swings and slides all brightly painted in red, green and yellow for their lunchtime and afterschool fun.

The school is in the neighbourhood of CIBC FirstCaribbean’s Warrens Banking Centre and the staff there, recognising the need, submitted the upgrade of the play park as their Adopt-a-Cause project. Armed with paints, other materials and tools, the staff used the weekend to transform the play park.

Also getting in on the giving was staff members of the bank’s Treasury, Market Risk and Forex, Derivatives and Sales Groups, who gave their special touch of love to thirty-five children of the Nightingale Home.

Associate Director, Treasury Reporting, Governance and Data, Mrs. Karen Batson, explained that the teams have a special interest in children and with this in mind, originally formed a relationship with the Sayers Court Children’s Home which they had previously visited and engaged with the children in an evening of fun and games. They also made donations to a few initiatives at the home.

However, when the Sayers Court Home was incorporated into the Nightingale Home; the teams contacted Julia Davis of the Child Care Board and were guided as to the type of contribution they could make to the home.

As a result, they decided to donate one outfit per child for three of the five houses at Nightingale Home and presented them to the Aunties in charge recently.

This one was also done under the bank’s Adopt-A-Cause programme.

US$45,000 grant funding for start-up entrepreneurs from CIBC FirstCaribbean