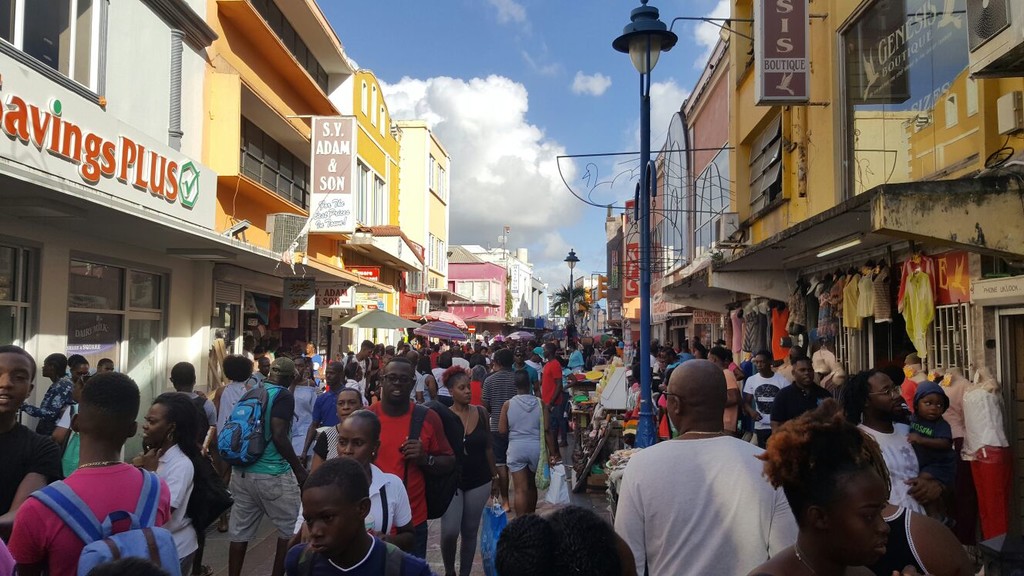 Businesses in Bridgetown have their fingers crossed hoping that sales will increase heading into the Yuletide season, even amidst reports of slow purchases.

Abeds in Swan Street in particular reported slow sales, but said they were hopeful more shoppers will flock to the store as Christmas draws near.

Store Manager Hassen said by next week foot traffic should be higher.

"Since last year things were good but people are spending a little less. It is about the economy. People have no income. It is going to reflect on us as well. If the people prosper everyone would prosper. We are hoping, from the government of Barbados, with a good plan everything would be fixed."

Hassen added the store went ahead and hired more employees for the year despite the concerns of "money blues".

"We try to give them the opportunity and chance to see how work life is like, especially students. We have taken on thirty extra this year so far."

Beautylicious, which operates under Number One Beauty Supply, echoed similar sentiments, saying for them sales were slow but they are expecting things to pickup.

"Hair is a seller and bleaching products. For the beginning of December sales began to pick up for the Hennessy Artistry show, those sales were really good. But for sure, for Christmas, sales should pick up," a sales representative told Loop News.

While a cashier from Bhanna said that they found household items were in high demand. Some items included shower curtains, bathroom sets and window curtains. She said the business was optimistic they would end the year on a high note.

Digicel launches the 'Gift of More' for holiday season