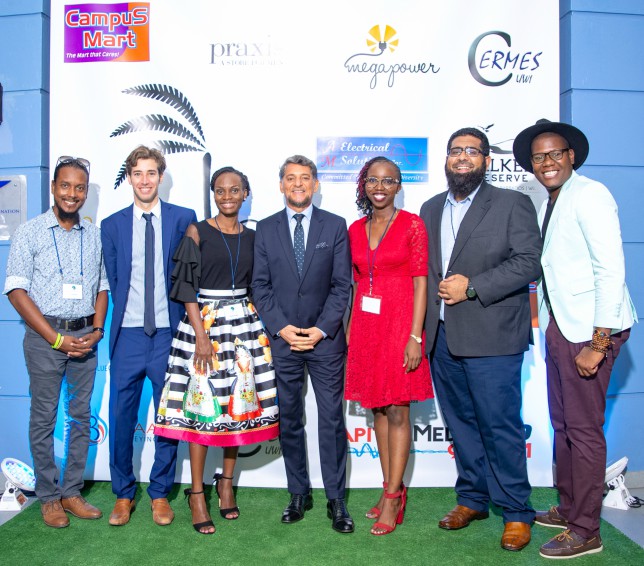 This weekend, the longstanding Caribbean struggle against the impact of global warming added a new milestone.

The Embassy of Argentina in Bridgetown and the BlueGreen Initiative Inc. (BGI), in association with the University of the West Indies-CERMES, hosted the inaugural screening of “Climate Change: Here and Now”, a three-part documentary film series depicting the impacts of Climate Change in small island developing states.

Related article :CDEMA Director: Act now or be washed away

The event opened with a crowded “Green Carpet”, surrounded by information booths and various sponsor displays.

“Climate Change: Here and Now” could be described as a book, where each short is a chapter in the story of climate change.

Chapter 1, “De fisheries”, looks at the livelihoods of the fishermen of Barbados and gives voice to the voiceless by highlighting their struggle.

Chapter 2, “One Storm Away”, looks at the impacts of global warming and the reality of living in a region one high energy event away from a life altering experience. For that purpose, the documentary narrates the Dominican story of Hurricane Maria in 2017.

Finally chapter 3, “Island Strong”, advocates resilience from a Caribbean perspective portrayed through the eyes of a child.

BGI´s Director, Senator Crystal Drakes, addressed the participants and pointed out that “If we do not act now, we will leave a much bigger problem for our children. The good news is that, if we all come together to curb Climate Change, we can reduce its impact on our lives, on the environment and on future generations”.

After the screening, Ambassador of Argentina Gustavo Pandiani invited the 250 attendees to enjoy a “Cocktail Mix and Mingle” with an abundant variety of Argentine Wines by Brydens Stokes, and expressed “This film is a poetic illustration of the importance of building awareness.It is a work of art as much as it is a piece of science”.

He further encouraged everyone to “Look at the issue of Climate Change not only with an open mind, but also with an open heart”.

Government to receive US$5 million for TS Kirk

CDEMA: Do not become complacent during hurricane season