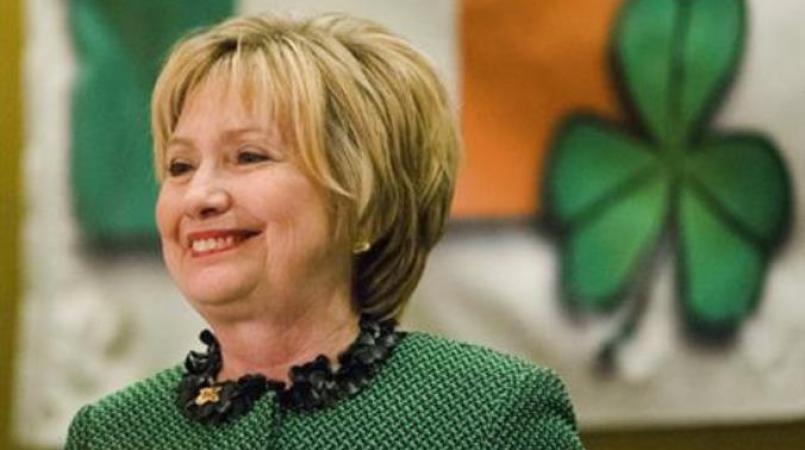 Hillary Clinton says the nation's first free college tuition plan approved by New York state lawmakers can be a model for other states and can eventually pave the way for nationwide reforms that were championed by Democrats during the 2016 elections.

The former Democratic presidential nominee rallied with Gov. Andrew Cuomo on Wednesday at LaGuardia Community College in Long Island City for a ceremonial bill signing of the state's new scholarship for poor and middle-class students.

"Paying for college should not defer or destroy dreams," Clinton said. "I'm hoping too that Congress will come to its senses and will understand we don't need to be building walls, we need to be building bridges. And the best bridge to the future is a good education."

The initiative, called the Excelsior Scholarship, emerged as a key priority for Cuomo this year. It covers tuition at state universities for full-time, in-state students whose families earn $125,000 or less, though students still will pay out of pocket for room, board and other expenses. Recipients also must remain in New York for as many years as they received the benefit and repay the money as a loan if they take a job elsewhere.

Clinton, who campaigned on similar proposals for debt-free higher education across the country, hailed New York's plan as a progressive initiative that will attract businesses to the state and convince students to stay. The former U.S. senator from New York also applauded Cuomo, a Democrat who has a longstanding relationship with the Clinton family. Cuomo served as housing secretary in President Bill Clinton's cabinet and is mentioned as a possible contender for the White House in 2020.

"The Excelsior Scholarship is going to send a message of hope to countless families," Clinton said. "And I hope it will also send a message to employers that they want to start making plans to come to New York, because New York will provide exactly the kind of workforce that the governor has promised.

Cuomo said Clinton inspired the scholarship during her presidential campaign with the "outrageously ambitious" ''irrefutably smart" vision for college affordability.