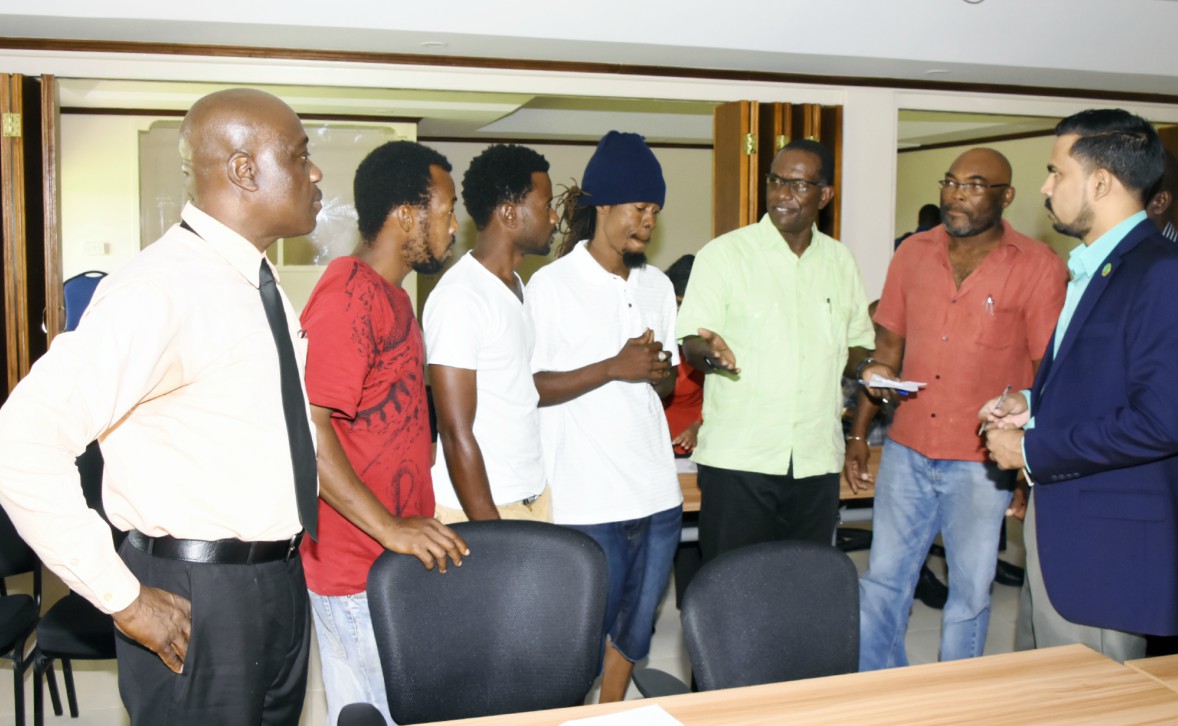 It will not be business as usual for the local $10 million coconut industry as efforts are underway to streamline the players and bring them in line with international best practices for hygiene.

Topping the list of concerns for the Ministry of Health is the pile-up of coconut shells along the road way; inappropriate dress; inappropriate sanitisation of equipment and the lack of proper hand washing techniques between tasks.

These were among some of the issues highlighted today as the Ministry of Agriculture, Food, Fisheries and Water Resource Management hosted a three-day Coconut Vendor Training workshop at its Graeme Hall, Christ Church Office.

Speaking during the opening ceremony, Deputy Chief Agricultural Officer, Leslie Brereton, said the workshop was geared towards coconut vendors to help them to recognise that there were hygiene practices which should be followed as they plied their trade.

“Some of those who use your coconuts are tourists, and we don’t want to have a situation where it could be proven that a tourist had a particular disease or problem from drinking coconut water in Barbados. We need to put in place those standards and let you understand what is required of you when you are vending trade in terms of these coconuts,” he said.

Senior Environmental Health Officer, Richard Bourne, said the department was concerned about coconut vending in Barbados and was therefore seeking to improve the sanitary standards for coconut vendors.

He explained that while most vendors did not see themselves as food handlers, the fact that they provided coconut water and engaged in packaging the coconut jelly, placed them in that category.

“You don’t see yourselves as food handlers but you provide coconut water and you engage in packaging the coconut jelly. That puts you in category of food handler.

The concern is not only about the coconut product, but coming into contact with the rat urine and faeces contaminated with the leptospirosis organism,” he said. He warned that a lack of protective clothing could expose those picking the fruit to the disease.

He added that the World Health Organization indicated that there were five keys to food safety of which one was “keeping clean”.

He explained that this spoke to keeping all food contact surfaces above ground level and clean. “It also indicates that vending locations be away from rubbish, toilets, open drains…,” Mr. Bourne noted.

The Senior Health Officer also outlined that food should be protected from dust, insects, dirt and direct sunlight.

“Over the next three days we would show how the key to food safety applies to you and is an international standard,” he told participants.

CARDI’s Local Representative, Ansari Hosein, also explained that the initiative sought to sensitise, encourage and build capacity among growers and vendors in the best practices to adopt for coconut growing and coconut water handling.

“What these series of workshops seeks to do is to upgrade and improve our practices, particularly with regard to vending without compromising some of the more traditional tractions of the seed.

“It is not limited to vending. We recognise that to avoid contamination of the coconut water we also need to address issues along the chain from growing, to harvesting right through to marketing stage,” he said.

Mr. Hosein explained that the workshop also covered issues such as harvesting coconuts at the right stage, good hygiene practices and cleaning equipment.

The sessions will be held on Wednesday, April 18, and Monday April 23, in the conference room at the Ministry’s Graeme Hall, Christ Church offices, beginning at 9:00 a.m.