The newly created Combermere School photo frame on social media is truly up and on.

Many of the alumni are quickly adding the frame to their Facebook profile photos and those who had not done so by yesterday are not being left too far behind. 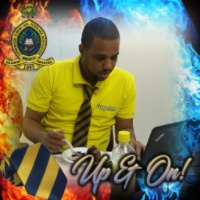 With many asking who made the frame? Loop quickly found that out.

Combermerian Stephen Brathwaite who attended the University of Waterford is actually the person behind the frame. Having attended The Combermere School from 1983 to 1990, he is currently the President of the Combermere Old Scholars Association (CSOSA) and though he’s not a graphic designer, he was ready to put his skills to the test for his alma mater.

He told Loop that he decided to use essentially “a hobby talent” to create all the images for Combermere Week. “I saw a custom frame and decided to hit the search engines to see how easy or difficult it would be to create one. Turns out it is pretty easy.”

It took him under 30 minutes, and by mid-morning the usage was at 400.

Asked if he expected the number of users to grow so quickly, with a chuckle he said, “Yes, I know Combermerians, and I expected the response.”

This is Combermere Week and believe it or not, the frame is not all he has created. Brathwaite has actually done all the graphics for the week. 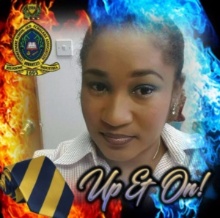 Having admitted that the throwback article ’40 Things you’d only know if you went to… CAWMERE’ brought back fond memories, when asked about his own Combermere experience, he said, “Combermere is more than a school, it always has been and it always will be!  The influences that the Combermere Spirit and Combermere Legacy will have on your life are profound.  You may not recognize or appreciate it while you are at school, but you certainly do so in future years.”

The theme for the week this year is "Building on the Legacy" and according to him, “there is nothing truer about Combermere”.

In terms of his fondest memories personally, he said, “There are two main ones - being in the Drama Society with Mrs. Icil Phillips and discovering that backstage and production was for me.  I look back at my years at Waterford and am truly grateful for the experience that fueled my interest and desire, which now sees me involved in some of Barbados' most involved productions and presentations, at home and abroad. 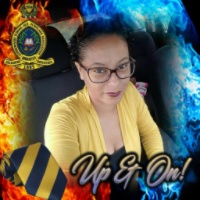 “And two, being involved in music - Theory under the Late Dr. John Fletcher, Violin under the Late James Millington and Piano under Victor Pilgrim allowing me to participate at the National level in both performance and cultural management.”

As President of the Old Scholars, he is actively participating in the 2017 week of activities and paving the way for the young Combermerians coming up.

“I really do like the opportunity to go back to the school and share experiences and inspiration with the current student body. Particularly this year as President, this process holds even more significance for me. Of course, the Grand Reunion on Friday is a highlight, as is the unmatched camaraderie associated with Combermere.”