Come what may, a news STAG Beer Champion will rule soon 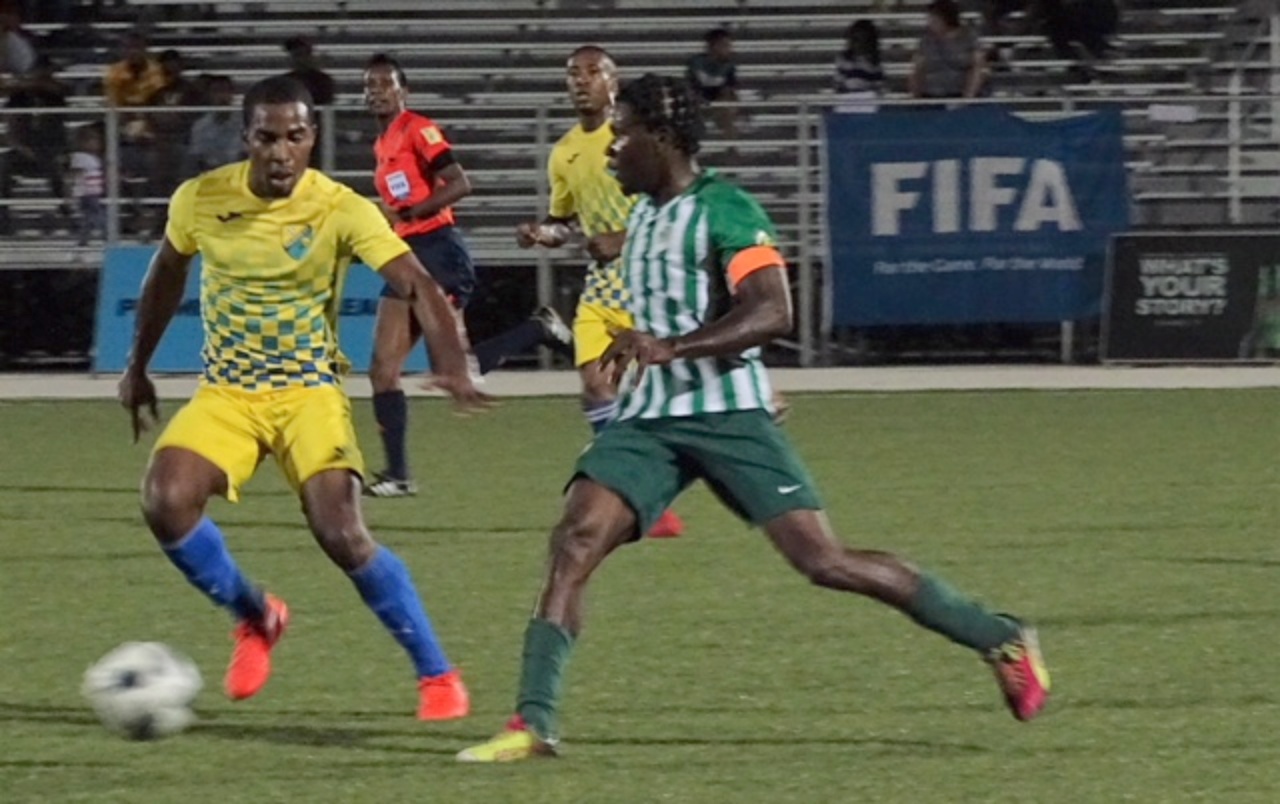 Paradise was not a walk in the park for Wales at all.

There will be a new Stag Beer Champions Cup winner in 2018.

The Carrington Village outfit fell to Premiership colleagues Paradise FC, who needed extra time to fight off their very resilient and determined opponents.

It was a case of revenge for Paradise, who were defeated by Wales 2-1 in last year’s final.

Wales dominated possession but Paradise had the better opportunities and should have capitalized well before the 90 minutes of regular play.

National forward, Armando Lashley had the first chance to trouble the score card as he was played through one-on-one with Wales’ goalkeeper Omari Eastmond but the ball got trapped between the forward’s legs and Wales were spared.

Paradise custodian Jason Boxhill was in top form as he denied a number of Wales’ efforts, notably a well taken free kick from Romario Harewood and a stinging point blank effort from Jabar Greene.

Mario Williams dented the spirits of the Wales supporters in the 105th-minute with a fantastic volley.

Paradise midfielder Ackeel Applewaithe played a pass over the heads of the Wales defenders into Williams and from just inside the penalty area, the national midfielder displayed flawless technique to shoot the ball into the far right corner, beyond the outstretched arms of Eastmond.