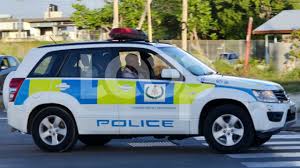 Commissioner of Police Tyrone Griffith says lawmen are making breakthroughs with their investigations into a number of homicides on the island, however, witnesses and sometimes victims outright refusing to come forward to give evidence is throwing investigators for a loop.

Barbados has so far for the year recorded 30 homicides, and to date, according to the top Cop, police have charged individuals in relation to 16 of the incidents.

“We continue to work assiduously on the other murders.  Some of them are at very advanced stages . . . but like anything else we need to get the evidence.  We have done a lot of work in most cases but we are not giving up on any of those and we are hoping that many more of those murders will be solved in the nearest and shortest period of time.

“. . . I think that there is a shift in our communities in the way they choose to address matters of crime.  There is this inclination to want to settle scores themselves.  Then again we have the question of fear and retaliation if witnesses should come forward.  All those things we have to weigh.  So it is not easy but we have to persist to get those people to come forward,” the Commissioner suggested, also dismissing the suggestion that the investigators were dragging their feet with investigations.

“Let me say this and it might sound repetitive.  In 2015 and 2016, the clear out rate for murders was in excess of 80 per cent. We have [since] noticed a trend where witnesses are no longer coming forward in a way that they used to, so there is not that supporting evidence that we need.  That has impacted [the clean-up rate] in a negative way.

“There is no better way [to solve crimes] for persons witnessing crimes, victims of crimes, coming forward and giving evidence.  We have recognized, also that people, [for example] who have been shot and know the perpetrators; they aren’t cooperating with the law enforcement.  This makes it much more difficult and this is happening very often,” Griffith stated.