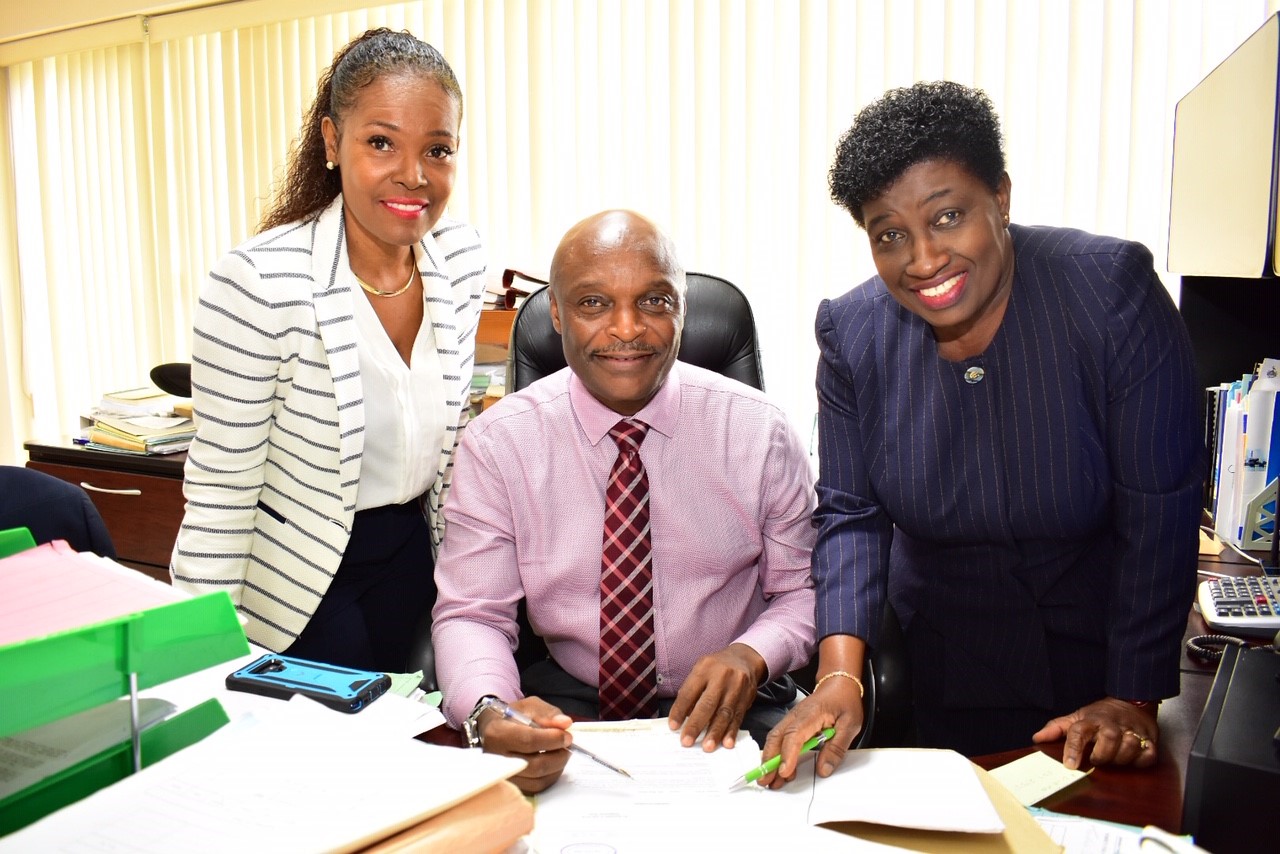 Government has appointed three persons, who have worked at the Customs Department and have extensive knowledge of its operations, to the top posts in that organization.

The new Comptroller is Owen Holder, while the deputies are Sonea Jordan-Clarke and Cheryl-Ann Cumberbatch.  Their appointments took effect on Sunday, September 1.

Mr Holder, who started his career at the Customs Department in 1979, and acted at various levels in the organization, said he was honoured and humbled to have been given the opportunity to return to his country to serve as Comptroller of Customs.

“I am duty-bound to quickly improve the level of service and commitment to trade facilitation and world-class standards.  The first major task will be the implementation of the ASYCUDA World, which I was tasked with in 2014 as project manager.

“A new organizational structure will be designed with the view of optimizing the use of the new system and to adopt the best practices which have already proven to be successful in other Customs organizations in the region and beyond.  There will be a major thrust to leverage computing technologies in our processes, thereby making more effective use of our human resource,” he stated.

Mr Holder added that there would be a major thrust to advance trade facilitation activities, with the view of creating a trade-friendly environment for stakeholders.

“Special attention will also be placed on the human resource component of the organization.  I will be seeking to fill the outstanding vacancies in the department, make recommendations for acting positions when available, and use the training opportunities offered by international organizations to enhance the operational units within the department.

“I can say exciting things are ahead for the department. I am eagerly looking forward to the opportunity to advance the organization beyond its former state of glory within the region,” he stated.

Mr Holder worked in Barbados’ Customs for about 34 years and provided Customs advice in various countries, including St. Vincent, Grenada, Jamaica, Guyana and Bonaire. He was also a Customs Advisor with the United Nations, and Programme Manager for Customs operations in Jamaica.

Deputy Comptroller, Mrs Jordan-Clarke, commenced her career at the Customs Department as a temporary clerical officer in 1981 and was appointed to that position in 1987.

She acted at various levels in the department and was promoted to Customs Officer I in March 2016.  She also acted as Assistant Comptroller of Customs from September 2014, until her recent appointment.

The other Deputy Comptroller, Ms Cumberbatch, started as a temporary clerical officer in 1986 and was appointed to the post in 1996.  At various times, she acted at different levels and was promoted to Customs Officer II in September 2016. She has acted as Customs Officer I from June 2017, until her recent appointment.