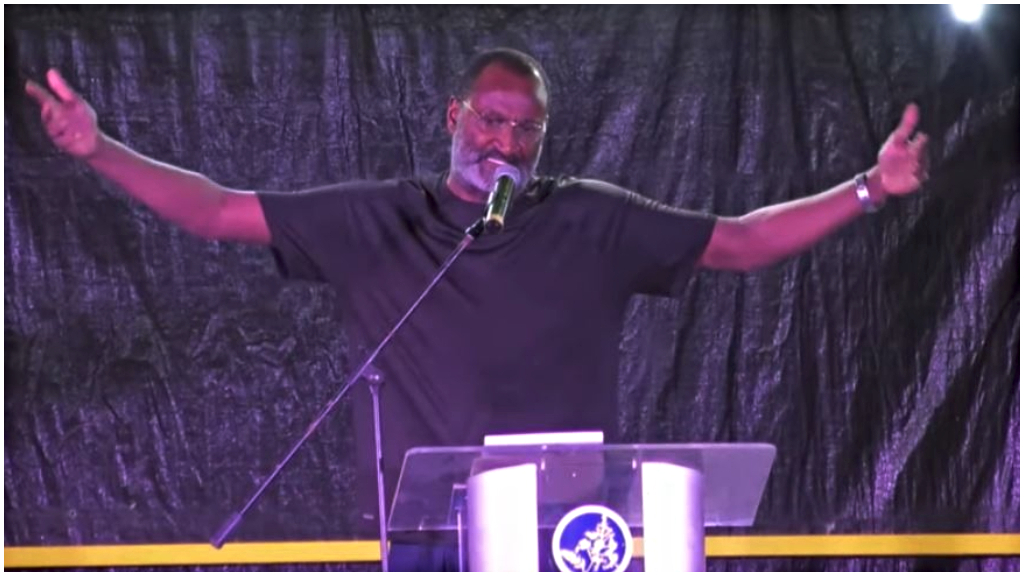 The leadership of Barbados in 2020 is being called into question by a former Barbados Labour Party (BLP) member.

Worried, former MP Anthony Wood took to the Democratic Labour Party (DLP) stage in Newbury, St George, as an independent "public advocate" because he said for the second time in as many years, he says he "dislikes the direction that the governance of Barbados is going."

He said that he wants to see Barbados return to "a path of good governance".

Having accepted the "high order" to be the Deputy Campaign Manager for the BLP in the last election, he said, as "an independent member of Barbadian society":

He said that he came out in the public to speak about the issue of governance.

“If yuh don’t keep an eye on those things, we will forever be sorry in five or ten years-time for not calling out the Barbados Labour Party and putting serious pressure on this Mottley-administration as a result of breaches in governance practices as the leader of this country.”

Wood said that the last time he was displeased with the leadership of Barbados, he stepped up to the plate, and in 2018 and they won 30 seats. Patting himself on the back for his work done during that campaign, now on the St George North By-election campaign trail he told the constituents of St George North and those following online: "I can also thank myself for speaking in most truthful tones and bringing information not only to the people in St George North, but the people without, away from St George North because they need to be prepared to get their house in order as we move to the next General Election.

“So I have to be concerned, and that is why I am here because at the end of this vote on November 11, I am challenging St George North to do what Barbados in its wider context is expecting of you to do… They need to ensure that Floyd Reifer becomes the duly-elected representative for this constituency. . .

"You do not have a choice!"

Wood said that he is willing to speak any and everywhere on economic, finance and governance, just call him. "This boy will not be any boy in the yard for Mottley or anybody because this boy has come too far, used the educational system extremely well. I've made a significant contribution to the shaping of the development of public policy in this country under Owen Arthur and I thank him for that, but this fella will not be a boy in the yard for anybody at all. My mind is too independent. I am too fierce, I am too brave and I am too open. . .

Saying that he is using the words of the Former Prime Minister, the late Owen Arthur, Wood asserted, "Despotic leadership cannot go uncheck!

Wood resigned from the BLP in May 2020 and he stands by his decision still. "I did the right thing to leave."

He said that Barbadians are being force-fed under this administration.

"The prelude to the BOSS programme… Now if that is not intrusion into the minds of people then I do not know what it is and wunna got to look out for these things. . . when the push back came it moved from a forced savings plan to an optional savings plan, and that is how you deal with peoples' business. If you want people to cooperate with you and yield some of their current income, you negotiate with them.

“But you can’t come and ram down people’s throats as she thinks she has a God-given right to do to Barbadians, trying to give expression to a master leadership style as opposed to servant leadership style and giving manifestations regularly to the practice of despotic leadership.”

He urged, "We need to rise up and send a message to Mottley and the BLP that St George North by voting for Floyd Reifer is sending the signal and putting   Barbados on a trajectory that we will not stand for any breaches of good governance practices in Barbados."