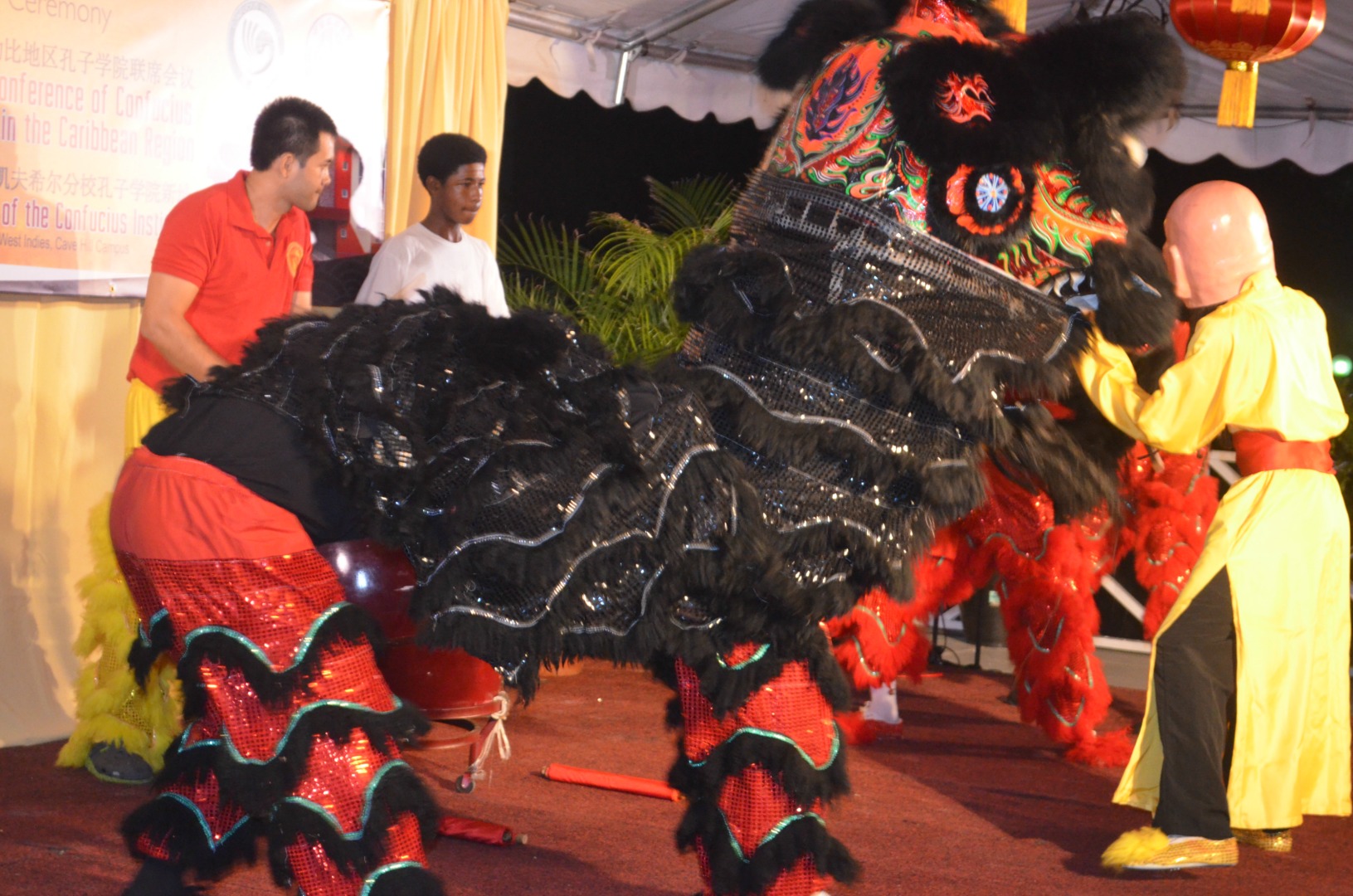 Part of the entertainment package

The University of the West Indies (UWI) Cave Hill Campus last night broke historic ground when they declared the start of the 1st Joint Conference of Confucius Institutes in the Caribbean region and they officially unveiled the sign to the offices of the Confucius Institute on campus.

The two cultures present were reflected in the décor and the cultural performances - among them The Lion Dance which captured the attention of the packed audience.

The Campus according to Principal of UWI, Cave Hill campus, Prof Eudine Barriteau dubbed yesterday the beginning of ‘The UWI Cave Hill- China Week’, since they signed two Memoranda Of Understanding (MOUs) in the morning, and launched the conference and opened the building officially last night.

Barriteau said since the establishment of the Institute in 2015, it has been a vibrant component at Cave Hill, noting that six months after its inauguration they began teaching.

“To date hundreds of university students have benefited from instruction at four levels of teaching. Overall the very presence of a Confucius Institute adds significantly to our academic and co-curricular programming, and it is already proving transformational to the development of our students from across the region,” she said. 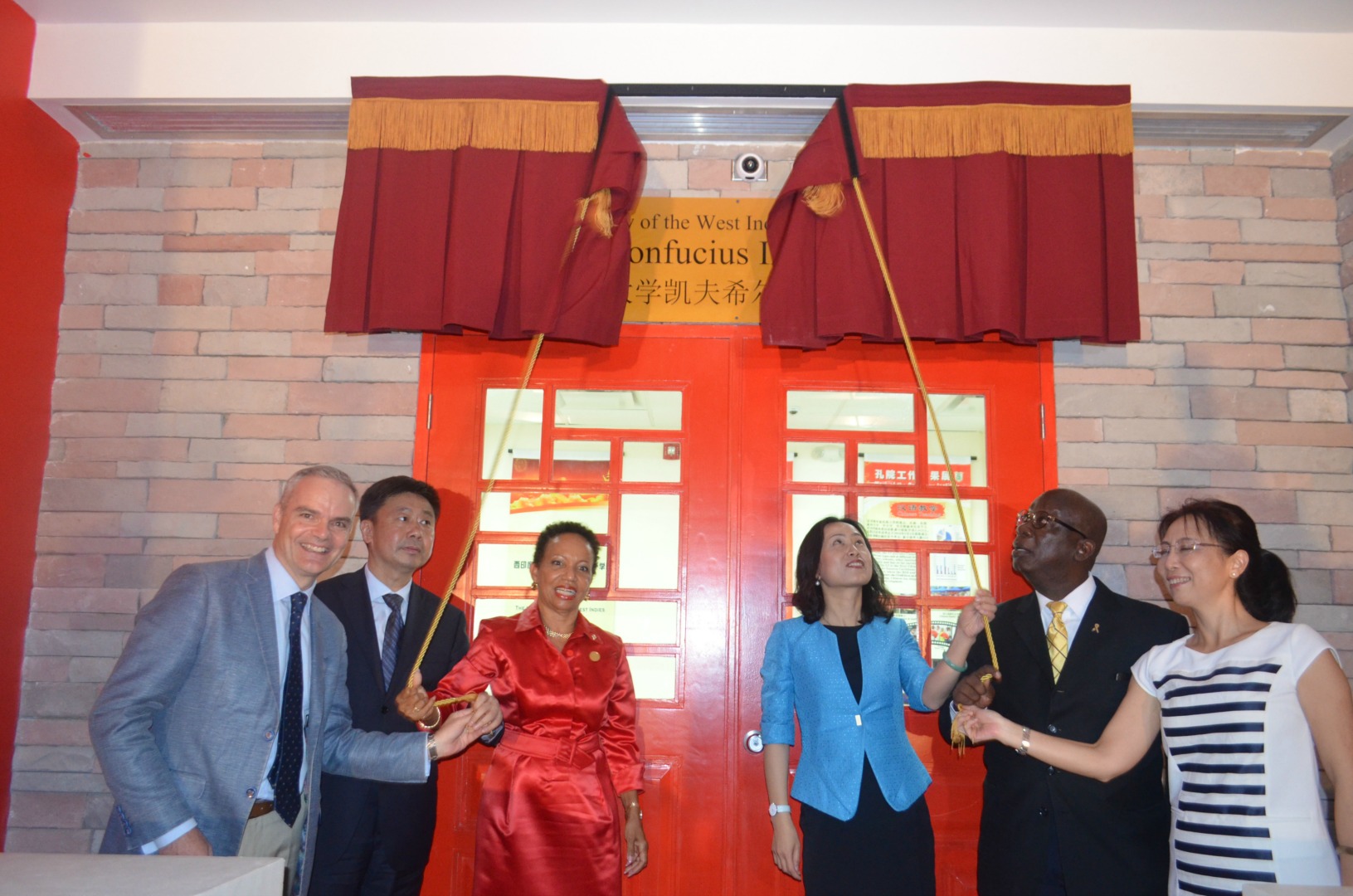 The formal homecoming of the institute and the conference according to her is occurring at a significant time in the history of the campus and Barbados.

The Campus she explains is in transition and is refashioning the educational model and is fulfilling their commitment to the harmonious flourishing of China- Caribbean relations as they build bridges of cultural understanding and strengthen mutual trust.

The Joint Conference of Confucius Institutes in the Caribbean will culminate tomorrow May 19. 2017. It is being held at The Hilton Barbados Resort.