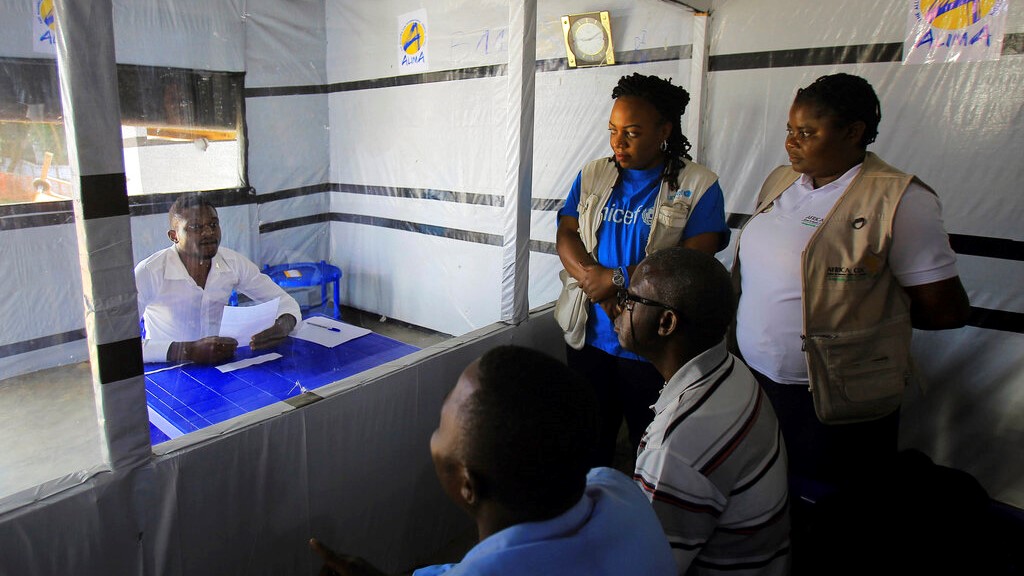 Claude Mabowa Sasi had lost his mother, a brother and a sister to Ebola. Instead of fearing death when he, too, was diagnosed with the disease, the young man had a different worry: How would he complete his college entrance exams?

It had been his mother's greatest hope that Mabowa would go to college. To do so would require passing the secondary school baccalaureate, or "bac."

But the exams are held only once a year in Congo, and the 21-year-old Mabowa was being held in medical isolation, unable to sit in the same room with other test-takers.

So the medical staff members caring for him at an Ebola treatment centre run by the Alliance for International Medical Action, or ALIMA, came up with a solution.

They found a school official willing to proctor the exam as Mabowa took it safely behind a window. The papers were passed to Mabowa without touching him. After finishing, he held his pages up one by one to the window so they could be photographed with a smartphone and then emailed to officials for scoring. Then his work and his pencil were incinerated. For the oral part of the exam, the questions were asked of him through the glass. 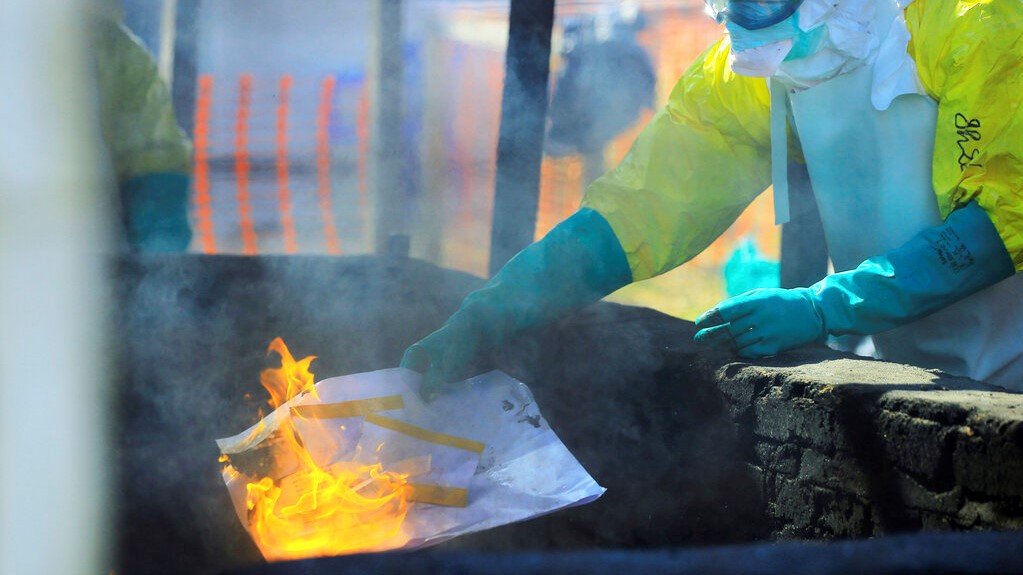 A health worker in protective clothing burns the college entry exam papers completed by Ebola patient Claude Mabowa Sasi, 21, after they were photographed for scoring in Beni, Congo

On Saturday, Mabowa completed the last of his exams. He is awaiting the results while still in isolation, where he will stay until the virus is gone from his body. He hopes to study political science at the University of Kisangani.

"My mother had told me: 'My son, you must study. If you have your diploma, you will succeed in life. Even if your parents are gone, you still have your life to live,'" he said.

The Ebola outbreak in eastern Congo has killed more than 1,700 people since it started nearly a year ago. Health workers are racing to contain the outbreak, trying to trace, vaccinate and isolate all people who have come into contact with those carrying the highly contagious virus.

The only people allowed in Mabowa's presence are survivors, who are immune to the virus, and health workers wearing protective gear from head to toe.

Mabowa already had lost his older sister when he developed a splitting headache and fever and lost his appetite. But since he had recently been vaccinated against Ebola, he brushed off his symptoms as side effects of the shot. He finally went to the Ebola centre in Beni when his illness made him unable to continue studying.

After testing positive for Ebola, he began asking the nurses and doctors about how he could still take his exams. Studying was difficult because Mabowa no longer had access to his notebooks and other materials.

The ALIMA staff members who were moved by his desire to take his exams even brought Mabowa a school uniform he could wear while taking the bac — a white dress shirt and navy trousers.

"The fact we brought the exams to him is an important step for his healing and recovery," said Goretti Muhumira, a psychologist with ALIMA.

The hardest part, Mabowa said, was the oral exams, and not just because he was nervous.

"It was difficult for me to hear them well through the glass, so they had to repeat themselves several times before I could understand the question," he said.

"I have not lost everything, and I am confident that I will succeed and honour my mother's memory," he said. "If she were still here, I think she'd be proud of me."