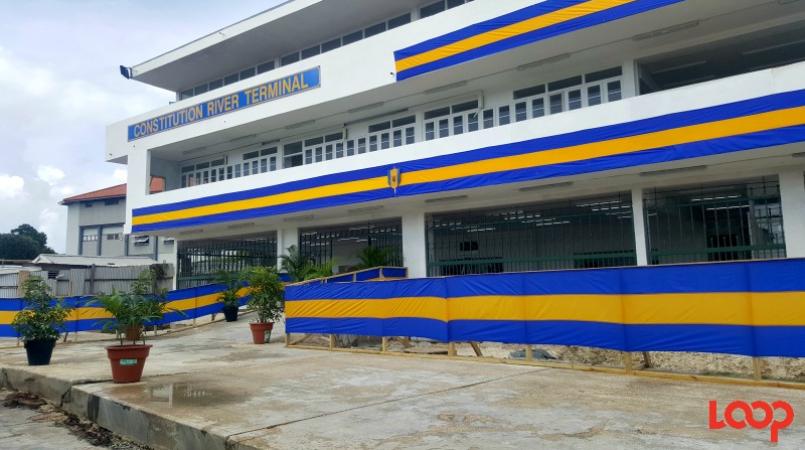 Goodbye to the River Van Stand as you know it.

The terminal is scheduled to be ready mid-August 2017.

The formal designation of the site for the Constitution River Terminal was unveiled today by the Minister and Transport and Works, Michael Lashley. The site has been under construction from October 2015 and has since missed the August 2016 completion date.

The ceremony also included a ground breaking for the passenger concourse which will be constructed by private company JADA Groups. The construction on the concourse is set for January 2017and will augment the terminal facilities. The facilities will include a police outpost, an information booth as well a designated area for Public Service Vehicle (PSV) workers.

Lashley also revealed the process for relocation for the vendors along the south perimeter wall is being smoothed over. They have been given a deadline of January 3, 2017 to clear out and Lashley gave the assurance his Ministry and the Ministry of Agriculture are working together to iron out the kinks with permit renewals and booth relocation.

Lashley said the ongoing discussions between the Ministry and the Association of Private Transport Owners (APTO) has been fruitful and the group welcomes the project to address some of the issues they experience while operating from the River Terminal.

Lashley: We must bring order to transport sector