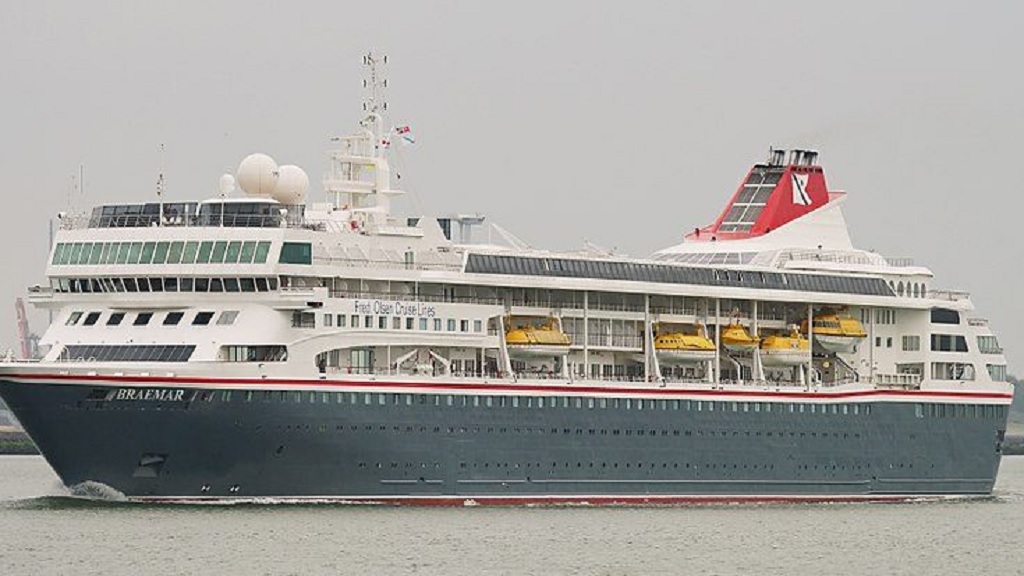 Health authorities in Alberta, Canada have disclosed that one of their residents who recently tested positive for the novel coronavirus (COVID-19) is a woman who returned from a Caribbean cruise on the MS Braemar.

The MS Braemar from Fred Olsen Cruise Lines docked at Port Royal in Kingston on March 4. However, it is not known whether the Canadian was among the passengers on that trip.

The Chief Medical Officer of Health in Alberta, speaking at a news conference Monday, identified the woman as returning from a cruise on the Ms Braemar. She is the seventh patient to test positive in the territory.

Another was a woman in her seventies who was on the Grand Princess which docked off California.

Jamaican health authorities and cruise officials are at odds over permitting the ships to visit the country. While the MS Braemar was allowed to dock, others have been turned away in Falmouth and Ocho Rios.

There is a stand-off over the reporting protocol of travel history, health records, and temperature logs, which sparked a threat last week by Carnival Cruise Limited to pull out of Jamaica.

Cruise officials have also described as discriminatory  the move by the Jamaican government  to prevent Italian passengers from disembarking.

COVID-19, which has already killed 3,000 people worldwide and infected over 100,000, has triggered global concern.

The United States has meanwhile issued a travel advisory asking older, high risk residents to avoid going on cruises for as long as the virus is a threat.

The government of Italy took the decision over the weekend to put the entire North country of 15 million residents in lock down in a bid to contain the virus.

In the United States almost all states have now reported cases. Some schools have been closed, while advisories about avoiding public gatherings are on the increase among the states.

In Iran, deaths are on the increase with one member of Parliament having died.

The Ministry of Health in Jamaica has reported no cases in the island to date.

US warns citizens about cruise travel, cancellation policies in effect