Coronavirus: LeBron backtracks on refusing to play in empty arenas 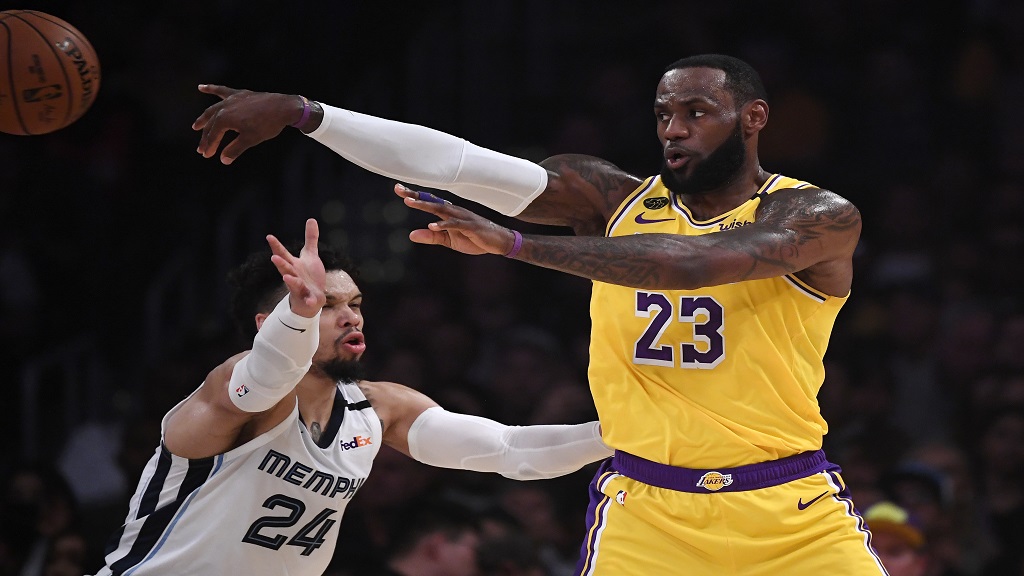 LeBron James has backtracked on his comments about refusing to play games behind closed doors due to the spread of coronavirus.

Los Angeles Lakers star James said on Friday he would not take part in matches without fans, something the NBA had reportedly advised teams was a distinct possibility.

The proliferation of COVID-19 has led to all sporting activity in Italy being banned until April 3, while professional football games in Spain and France will be played behind closed doors.

In the United States, MLB, MLS, the NBA and NHL have stopped granting media access to locker rooms for an indefinite period.

James clarified his remarks on Tuesday and claimed he was unaware the possibility of games being played in empty arenas was already under consideration.

"When I was asked the question, 'would you play without any fans?' I had no idea there was a conversation going on behind closed doors about the particular virus," said James.

"Obviously, I would be very disappointed not having the fans, because that's what I play for – I play for my family, I play for the fans.

"If they [the NBA] decide to go to that point [where games are played behind closed doors], I'd be disappointed in that, but at the same time you've got to listen to the people that keep track of what's going on.

There have been 472 confirmed cases of coronavirus in the USA as of Tuesday, when the death toll stood at 19.

James was listed as questionable to face the Brooklyn Nets on Tuesday but told reporters he intended to play.