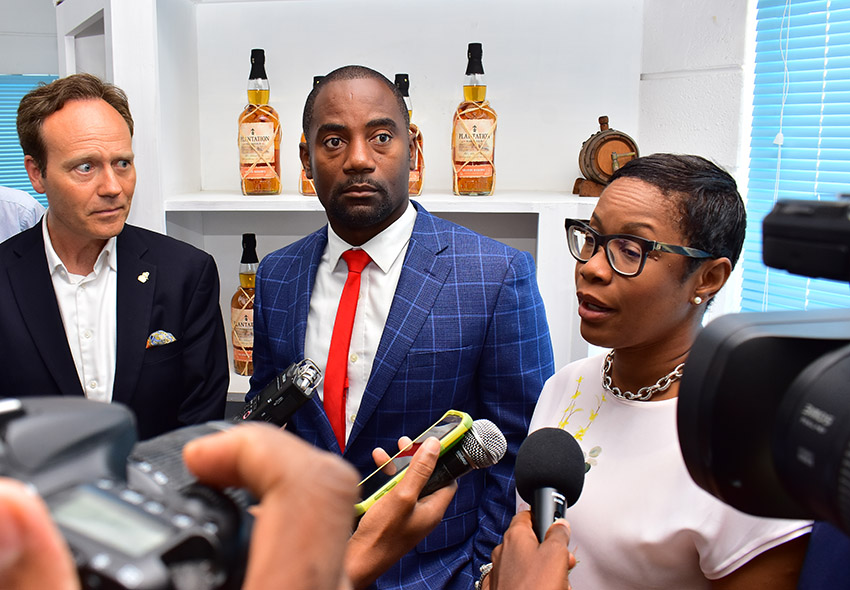 Government has sought to put measures in place to strengthen and enhance security at the Bridgetown Port.

Chairman of the Barbados Port Inc. (BPI), Senator Lisa Cummins, said the entity had started the process of integrity testing for members of staff over the last two to three weeks to ensure that they did not have any criminal activity, and that there were no criminal ties.

She made these comments before touring the West Indies Rum Distilleries (WIRD) Limited accompanied by Minister of Maritime Affairs and the Blue Economy, Kirk Humphrey; Permanent Secretary, Esworth Reid; Manager of Technical Operations at the BPI, Ian Stewart; Divisional Manager of Operations at the BPI, Kenneth Atherley; owner and Chairman of the WIRD, Alexandre Gabriel; and Managing Director, Andrew Hassell.

Related article :Over $19,000 in drugs seized at Bridgetown Port

“That process has begun, and we expect it to continue over the next year….  That is one of the steps that we are taking to address the issue at the individual level in terms of corruption,” she said, while thanking the Barbados Workers’ Union for its support in the process.

She added that the infrastructural challenges being experienced with the scanners were expected to be addressed by late June or early July.

The senator also noted that structurally the port has a system in place where persons were required to bring a certificate of character during the vetting process.

And, in instances where an employee is found guilty of an offence, they would be handed over to the regulatory authorities to be dealt with appropriately.

Meanwhile, Minister Humphrey said that he did not want persons to feel that staff at the port were corrupt and needed to be watched.

“The truth is the port is like any other entity that is a security border, where goods come and go.  I believe that we have done what a responsible government would do, we have fixed the scanner issue.

“We are talking about having people subject themselves to the integrity testing, but more importantly we are having conversations with the staff.  There has been consistent dialogue with the staff, as we try to vision our way as a country out of the mire that we are in, and to build teams,” he said.

However, the minister noted that legal matters, such as contracts issued, were “more troubling and costlier” to government than rumours circulated about low corruption levels.

He stated that going forward, deals entered into must be transparent, and make sense for the Government and people of Barbados. “We have done everything possible to make sure that Barbadians can live; to make it easy to do business,” he said.