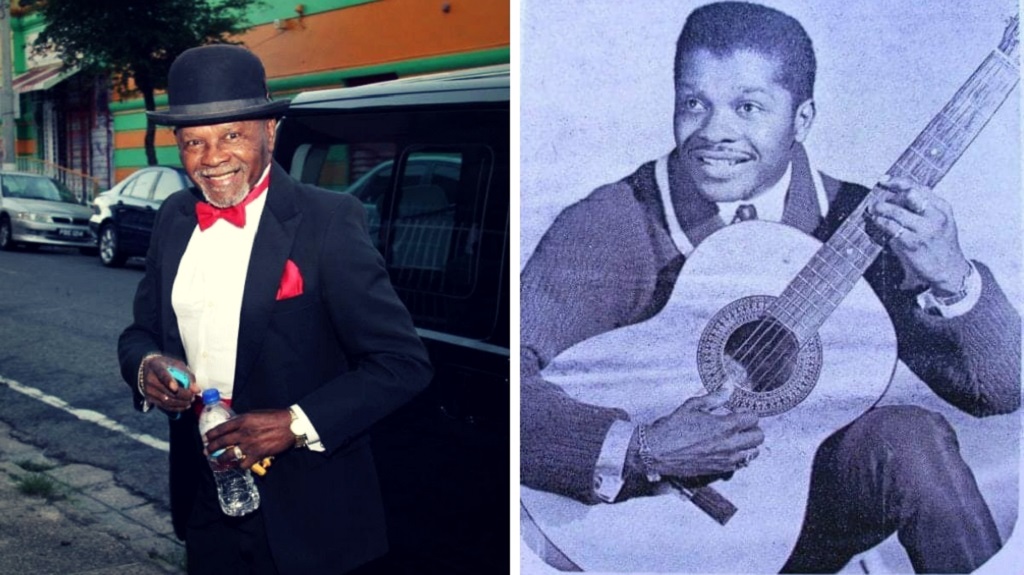 Friends, family, the musical fraternity and the Republic of Trinidad and Tobago at large are mourning the passing of yet another musical icon, Dr Andrew Marcano, aka Lord Superior, fondly known by friends and family as 'Supie'.

Superior passed away on November 24, 2018, in New York, after ailing for some time.

"For the third time in less than a month, the calypso fraternity is plunged into mourning another calypso icon, with the death of Dr Andrew Marcano, also known in the calypso Industry as Brother Superior who passed away on Saturday 24th November 2018, after ailing for some time now."

"Supie as he was fondly called, was one of those special bards who advocated for years, that there should be more calypso played on local radio stations to the point that he laboured for over twenty years until he was afforded a radio license from the government."

"He called his station Superior Radio and was one in those days that played calypso music twenty-four hours each day," the statement said

Dr Marcano was known for always being impeccably dressed.

"One of the bards who was always dressed to kill as we say in T&T, he will be remembered for the life of our cultural history."

"On behalf of the Trinbago Unified Calypsonians Organisation, once again the President Mr Lutalo Masimba and his General Council along with the entire TUCO membership, we sincerely extend our deepest condolences to his immediate family around the world and here in T&T."

"May the soul of the late Dr Andrew Marcano aka The Brother Superior rest in peace with our calypso ancestors. Funeral arrangements will be forthcoming as they are received by TUCO," the statement said.

(Video: Lord Superior and Relator Sing at the university of calypso. Video by Peter Gorton.)

His son, Moriba Marcano, said in a social media post that the calypso icon was a visionary of his time.

"RIP Dr Andrew 'Lord Superior' Marcano, my dad just passed in NY, one of his favourite places in the world, where he was set to be a star in the 1960's before deciding to return to Trinidad in an attempt to assist the burgeoning nation in forming its cultural identity."

"He was a great man and a visionary of his time writing songs to help guide humanity in general and his people in specific. Sadly misunderstood and underappreciated, I studied the man like a text book and I only hope that his genius and goodwill will be more easily recognized in the afterlife. I loved you dad," he said.

"Dr. Andrew Marcano aka Brother Superior aka Lord Superior aka Supie. the consummate Gentleman, class act, pillar of knowledge, guiding counselor and boss calypsonian. Thanks for your friendship, musicianship and clever wit. I'll say your name forever.  my heart and condolences go out to your family and loved ones," he said.

"Dr Andrew Marcano - Rio Claro’s Lord Superior has gone. So much remains to be told- seeing the greats at Crown Theatre and the train as Rio Claro’s connection to the best artistes of the day; living with Spoiler; campaigning for local content in the airwaves and completing more than 60 years in calypso," he said.

Dr Marcano was born in Rio Claro in 1938 and made his debut into calypso at the age of 16 singing a calypso called "Coconut" at the Victory Calypso Tent in Port of Spain. In those days he was considered to be the youngest Calypsonian to perform locally.

Some of his memorable calypsoes were, Spread Joy, San Fernando Carnival, Saga T'ing, We want a day, Standardise Pan, Cultural Assassination and Put the women on top.

He was awarded the Hummingbird medal Silver in 2015 and received his Honourary Doctor of Letters at the 2017 graduation ceremony at the University of the West Indies in Trinidad.

He would have celebrated his 81st birthday next month.

"Rest in peace Bro Superior. You truly did it your way," said TUCO.