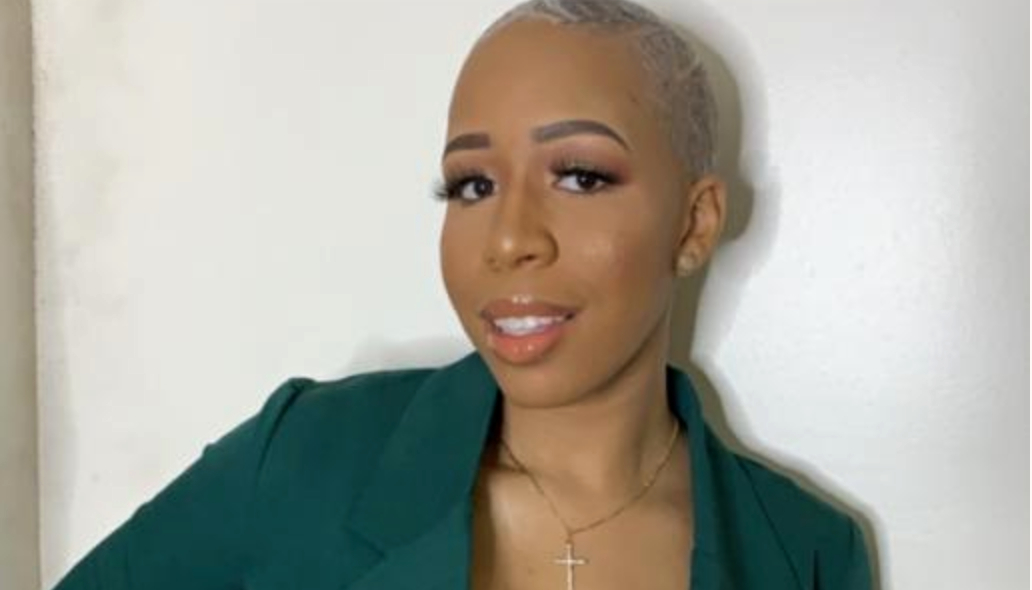 Bank of America employee, Vechele Lawson is an essential worker during the COVID-19 shutdown in New York City.

The current situation amid the COVID-19 pandemic in the City of New York is a far cry from what has been portrayed through international news outlets.

Vechele Lawson, an American with a Barbadian mother and American father, shared that although the number of COVID-19 cases in New York is over 120 000, the novel coronavirus pandemic has not been taken seriously by New Yorkers in her eyes.

The 27-year-old works two jobs. She is a teller at the Bank of America and a customer associate at Food Town supermarket. Since the pandemic, both of her jobs have been listed as essential services under the Executive Order issued by Governor Andrew M Cuomo on March 22.

Video caption: Essential worker, Vechele Lawson, who has Barbados ties, takes Loop on a drive through NYC during this COVID-19 lockdown

Life has changed significantly for Lawson who has witnessed first-hand the impact of COVID-19 on her loved ones. Lawson saw her 33-year-old partner and his grandmother knocking on death’s door. The grandmother was hospitalized due to the severity of her symptoms.

"Honestly, the only thing you can think is that the people around you are just going to die; that's just how I felt. I went from seeing somebody who is always so full of life [go] to can't do anything - can't breathe, can’t eat, can’t sleep [and] can't do anything for themselves,” she told Loop.

Lawson revealed that there were not enough nurses in the hospitals and COVID-19 patients were dying daily. Due to the increased demand for hospital staff, NYC residents have also received amber alerts asking persons who have worked in hospitals, clinics or medical facilities to offer their assistance.

Speaking about the experiences of her partner's grandmother in the hospital, she shared:

"A woman who was able to do everything for herself and then some, is laying in a hospital bed . . . and she is telling you how she is laying next to people and the people in the room would be here one day and the next day they are carrying them out dead and you have to deal with all of that by yourself.”

Though the hospitals are flooded with potential cases and dead bodies pile up, the severity of COVID-19 is still unknown to some NYC residents. According to Lawson, despite the shutdown, it has been business as normal in the streets of New York as people ventured to work and some used the opportunity to host house parties during the lockdown.

"New York City is the worst and just looking at the numbers you can tell how we are doing. When you are watching the news, they are showing you streets like 34th, 5th Avenue, saying that the streets are closed but those are only three major streets in the one borough of Manhattan. You have Brooklyn, Queens, Staten Island, and the Bronx, but on the news, you are getting that the streets are empty  . . . but that is not true. Everybody is living normally.

"We still get to go outside normally. They shut down the restaurants, you can't go inside but you can still buy the food and takeout. Everyone is still outside. The only people who really got affected by the shutdown were clothing stores, hair salons, nail salons and stuff like that. . . . Nothing here has changed, that's why the situation is the way it is. The buses are still packed, the trains are still full,” she said.

At her workplaces, management has ensured that its employees protect themselves. At the Bank of America, a glass partition separates the tellers from customers, while at Food Town she must wear a mask and gloves.

Lawson has taken it a step further by keeping Lysol and hand sanitizers in her car and washing her hands every time she takes off gloves and goes indoors.

The essential worker stressed that COVID-19 shouldn’t be taken as a joke and the public needs to recognize that they have an important role to play in flattening the curve.

“They always say who feels it knows. So you have people who might be alarmed but you also have people who it didn’t directly affect [so] they feel the numbers are fake, or that it is a joke, or you have some conspiracy theories about it. That’s why the numbers are going to be high, because unless you have it directly affecting you,  you aren’t going to say, 'This is serious!' . . . Some of us need to stop being ignorant because people are dying."

She called on people to wise up because you do not want "COVID-19 to make an example out of you.”

Editor's Note: The first version of this story was headlined 'US Essential worker with Bajan parents: 'COVID-19 in NY not a joke'' and has since been updated to reflect that Lawson's mother is Barbadian, but her father is American.

Zero cases of COVID-19 recorded in Barbados for April 15, 16