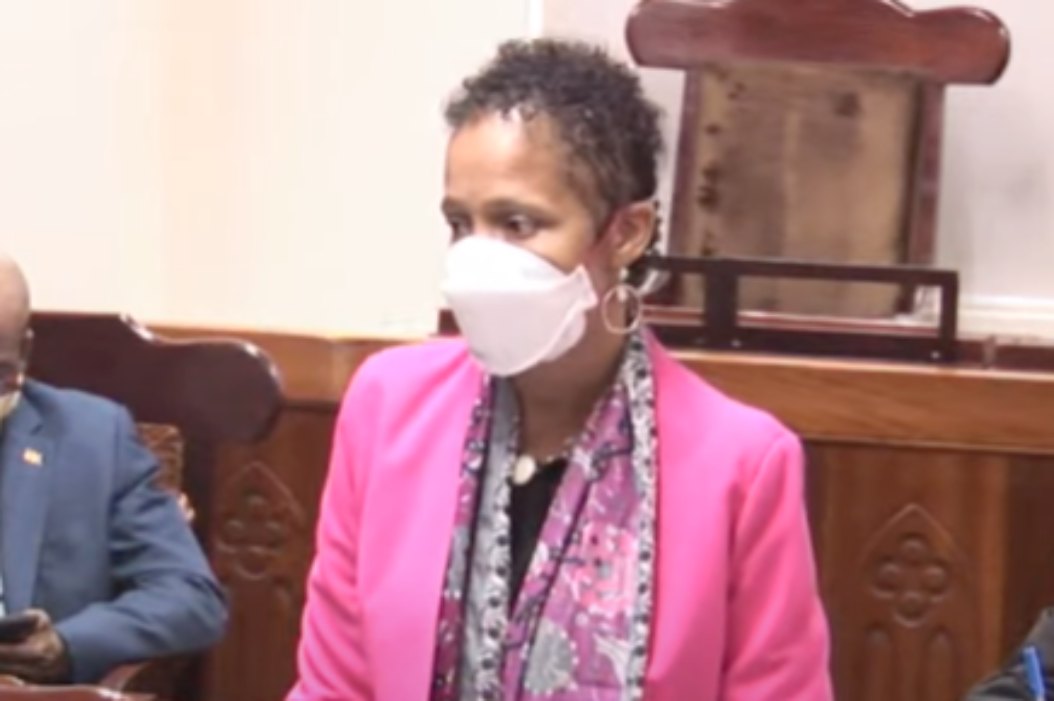 During a sitting in the House of Assembly, a resolution was passed to extend the Public Health Emergency until June 30, 2020.

The announcement was made by Acting Prime Minister, Santia Bradshaw while speaking in Parliament today (April 24).

Bradshaw explained that under the Emergency Management Act, the proclamation which determines the imposition of a national curfew was initially set to expire on April 27, 2020.

“This House of Assembly has by a vote of all the majority members, determined by resolution the said Proclamation … is hereby extended to the 30th of June of 2020.”

The curfew restrictions imposed by government will come to an end on May 3, 2020 after which, Bradshaw said, it will be reviewed and the public updated.

“We will review at the end of the last [curfew] directive and in a couple of days we will be able to do a full assessment of where we are and on the advise of the public health officials, be in a position to speak to the country again with respect to that directive or any future directives.”

She explained the extension of the Public Health Emergency was taken so government can implement measures to “keep the population safe”.

“While we have done a substantial amount of work in containing the virus we are still in a very fluid period.

In the last couple of days we have not had a lot of positive cases, we don’t want Barbadians to rest on their laurels… even though there was a lot of concern initially about the long lines at the supermarkets, we see a lot of settling down now across the country,” Bradshaw told members of the House.

Attorney General, Dale Marshall, in an effort to clarify the resolution which was passed in Parliament said:

“Under the Emergency Management Act, the State of Emergency is a two-stage process. The first stage is that the Governor-General will declare a State of Emergency and that lasts for 30 days. If it has to go beyond 30 days then the House of Assembly has to resolve that it should be extended.”

“Now, the curfew directive that exists presently will still come to an end on the third of May. If the Government determines based on the public health advice that we need to extend that curfew or put different restrictive arrangements in place, that will be done, but those decisions have not yet been taken.”

10 things to do around the house during COVID-19 curfew