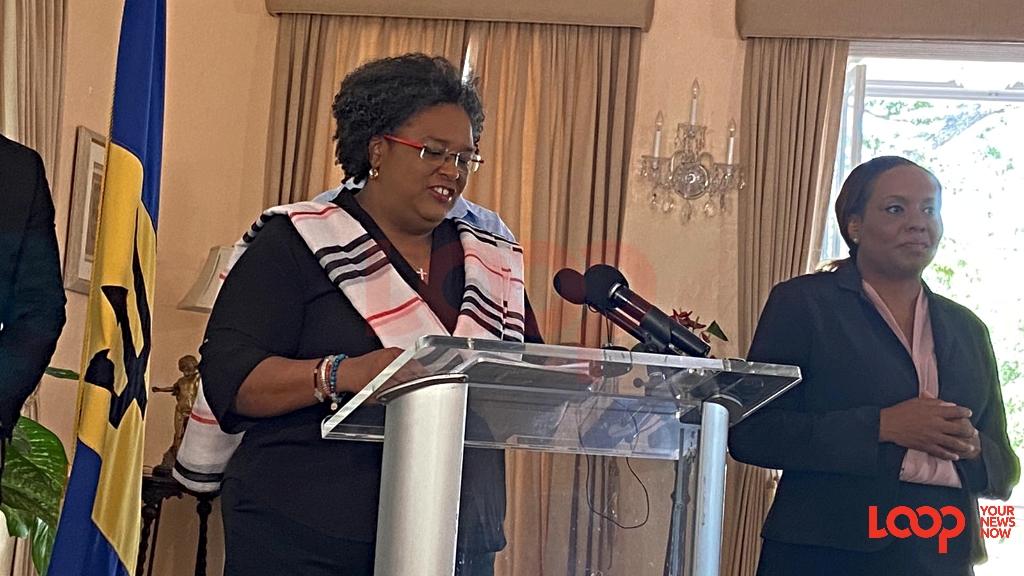 However, one test was completed on behalf of a cruise line.

Regrettably, the CARICOM Chair and Prime Minister of Barbados has announced that three more persons have contracted COVID-19.

"As of midday today (March 19) there are three new cases that have been confirmed - two for Barbados, and one which we facilitated for a cruise line.

"The first case today was the spouse of the visiting female who was one of the first two people to be tested and found positive two days ago."

The man who is in his 40s reportedly "never left her side and was in isolation with her even when she went into isolation as soon as the testing was done. Therefore, it is no surprise to the medical officials that he has tested positive."

The second new case for Barbados was that of a 60-year-old Barbadian who allegedly arrived over the weekend from New York, "and who developed symptoms soon after arriving in Barbados."

The Prime Minister said that the elderly Barbadian was already being monitored "for a few days".

Admitting to having refused some previous requests from one cruise line to conduct "some five or six tests", considering the number of test kits and capacity Barbados had at the time, the country's leader said that on this occasion Barbados has conducted a test on a crew member from one of the cruise ships docked off Barbados' shores.

"The third individual is a request from the cruise lines, one who has never lived in Barbados and in fact has never been to Barbados. I am told that he was in isolation from the time that he started to feel bad, and the cruise line asked us if we would facilitate the testing of him in order that they may take the appropriate precautions."

He is in his 30s, according to the Acting Chief Medical Officer Dr Anton Best.

"In all three instances, we have acted in a manner as I have told you that we will continue to speak to the Barbadian public and to share the information as we receive it."

Contact tracing is still being done around the first two cases discovered today especially around the Barbadian who came in over the weekend. There are "no results" as yet as it relates to the 60-year-old.

However as it relates to the Barbadian who tested positive on March 17, the results for her family member's tests should be back "later this afternoon". Her husband and two children have been tested as well. Prime Minister Mottley shared: "The good news is that she literally did not go anywhere once she landed."

Coronavirus cases in the Caribbean as of March 18 at 5pm