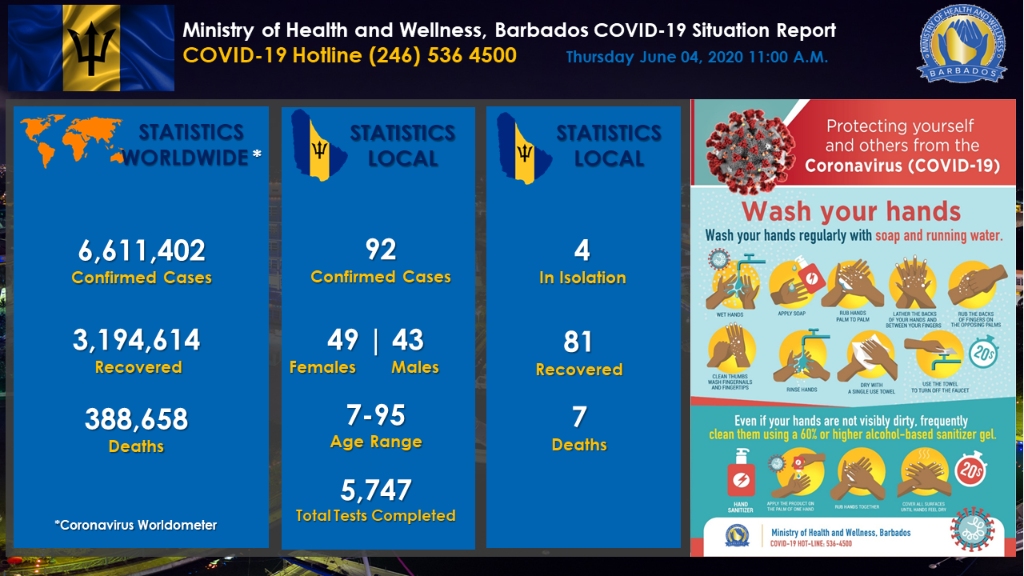 Barbados tested 98 passengers who arrived on a repatriation flight from Britain.

They were among 167 people who tested negative for COVID-19 on June 3.

According to the press release from the Government Information Service, the flight which arrived on Wednesday brought just over 200 passengers to the island and about half of them went on to other Caribbean destinations, primarily St Lucia and St Vincent and the Grenadines.

The 98 persons who were swabbed at Paragon were immediately placed in quarantine, which will last 14 days. Forty-nine people were admitted to Paragon, eight to the St Lucy District Hospital, seven were given permission to home quarantine while the others opted to quarantine at designated local hotels at their own expense.

Meanwhile, no one was released from isolation today (June 4). Recoveries remain at 81, with four people in isolation. Since March 16, locally 92 people have tested positive for COVID-19 and Barbados has recorded seven deaths.