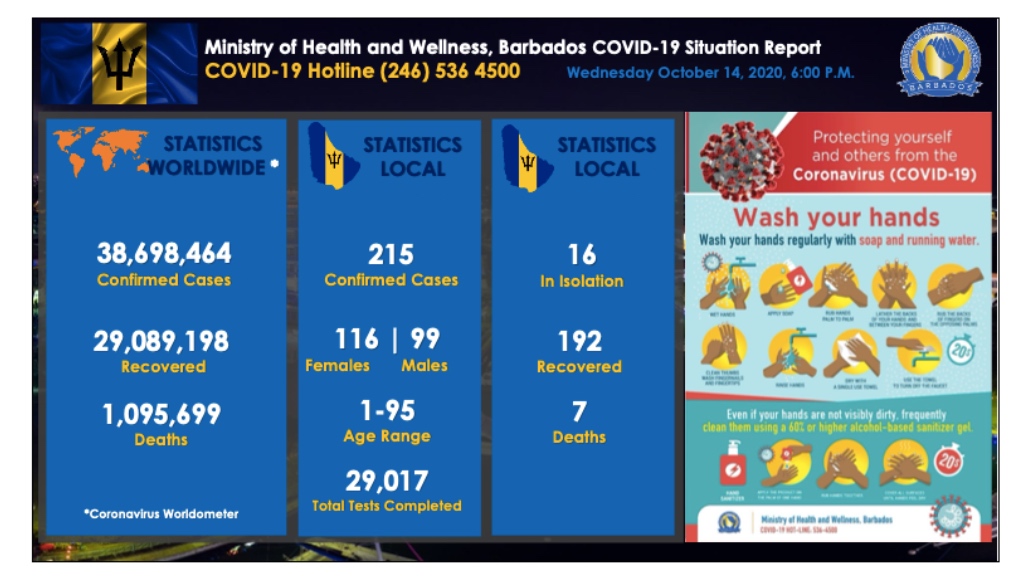 Five visitors to the island have tested positive for COVID-19 after retests.

Their results were among 426 returned by the Best-dos Santos Public Health Laboratory today. Meanwhile, five persons will be released from isolation today.

Head of the isolation facilities, Dr Corey Forde, today reported that there are now 16 people in isolation, including two who are critically ill.

The two are both Barbadian, an 81-year-old male and a 76-year-old male, who are currently not on ventilators but are receiving oxygen.

Meanwhile, 192 people have recovered. Barbados has recorded 215 cases of COVID-19 and the public health laboratory has completed 29,017 tests.